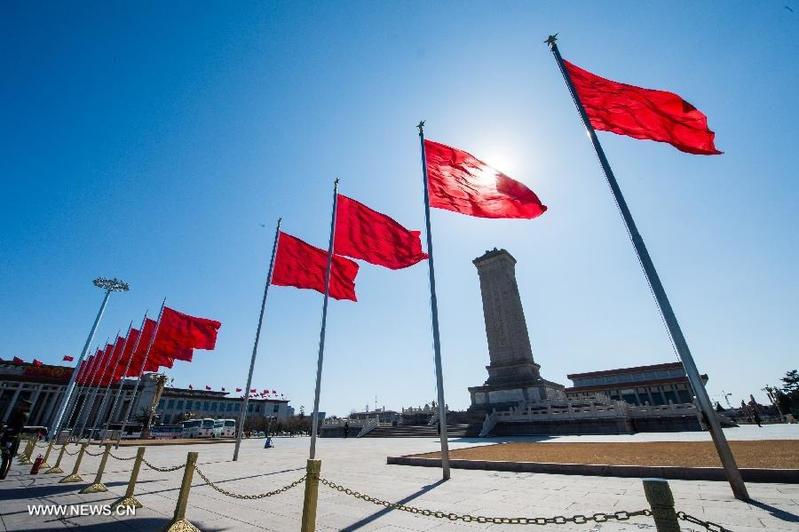 Beijing's environmental watchdog has vowed to further bolster cross-regional control of air pollution and to better manage pollution sources at a more detailed level as the capital saw continuous improvement of its air quality in 2018.

The capital saw the average density of PM2.5 particulate matter drop by about 12 percent year-on-year to 51 micrograms per cubic meter in 2018, said Liu Baoxian, deputy head of the environmental monitoring center at the Beijing Municipal Ecology and Environment Bureau. Liu spoke at a news conference on Friday.

Other major air pollutants also decreased. The concentration of sulfur dioxide, for example, stood at 6 mg per cubic meter, down by 25 percent from 2017. Its density remained below 10 mg/cu m, even during the cold months when the increased need for heating can drive up pollution, Liu said.

The number of days with heavy pollution in the capital dropped from 58 in 2013 to only 15 last year. The past year also saw 195 consecutive days without heavy air pollution, 108 more than 2013.

Xing Jia, associate professor from the School of Environment, Tsinghua University, said their research and calculations showed about half of the capital's air quality improvement in the past five years came from reduction of local emissions.

While favorable meteorological conditions contributed 30 percent of the improvement, decrease of pollutant discharges in nearby regions also helped, Xing said.

In Hebei province, the PM2.5 concentration dropped 12.5 percent last year, according to preliminary results from the provincial environmental authority.

Almost 1.8 million households in Hebei province turned to natural gas and electricity as heating sources instead of highly polluting coal

Almost 1.8 million households in the province turned to natural gas and electricity as heating sources instead of highly polluting coal. Almost 6,500 coal-burning boilers with a capacity of about 12,700 metric tons of steam energy were eliminated in 2018.

In Beijing, about a third of air pollutants in 2018 were from outside the city, according the Beijing bureau. Among the locally generated pollutants, emissions from vehicles, dust and industrial emissions contributed about 45, 16 and 12 percent, respectively.

Though diesel trucks represent only about 4 percent of total internal combustion engines in Beijing, they contributed 90 percent of the particular matter from such engines.

Bureau officials said they have taken tailored measures based on their research. While establishing a monitoring network that targets dust, they also are better managing diesel trucks. They say they have weeded out 47,000 such trucks and established a database that includes 145,000 trucks with excessive emissions.

Li Kunsheng, head of vehicle emission management, said trucks in the database that are registered in other regions will be forbidden from entering the capital.

Li said his department will carry out surprise inspections of those with local plates to ensure owners rectify their violations.

Li Xiang, the Beijing authority's director of air pollution management, said that during three decades, the biggest part of their work was reducing coal consumption and shutting down small polluting enterprises. With most of that work completed, Beijing now has to turn to more detailed management to further cut pollution.