By Zheng Caixiong in Guangzhou 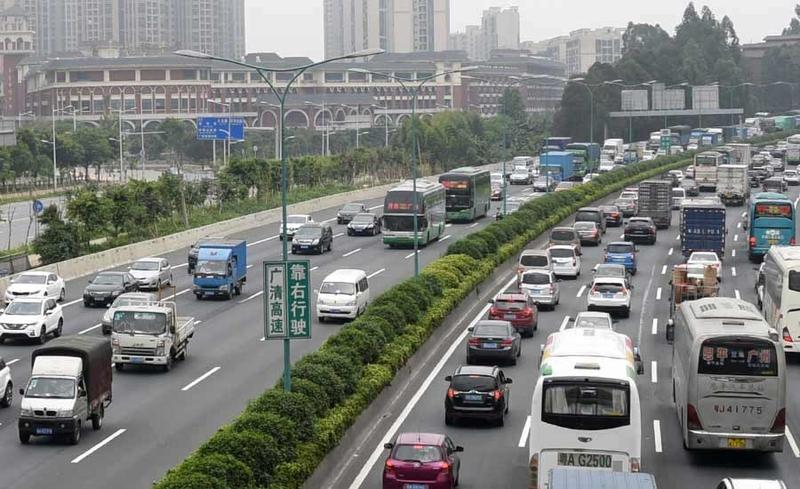 Vehicles are seen in a traffic jam on an express way in Guangzhou, April 2, 2016. (PHOTO / XINHUA)

Traffic police Guangzhou, Guangdong province, are soliciting public comment on a proposed rule designed to ease road congestion by restricting the number of vehicles from outside the city.

Under the long-awaited Rules on the Management of Non-Guangzhou Registered Vehicles, vehicles from outside the city would be banned for four days after they have operated in the city for four days.

Guangzhou, which has a population of more than 15 million, now has about 2.8 million registered vehicles

The vehicles from outside could run for another four days after leaving the city or spending four days parked in a city garage, the proposal says. It was published on the website of the city's traffic police department on Monday.

Those who violate the new rule would be fined 200 yuan (US$32) and have three points deducted from their driving record. Under China's traffic rules, a person's driver's license will be revoked once 12 points are deducted.

The new measures will help reduce the number of operating vehicles by about 100,000 cars per day, and play a significant role in helping ease the city's traffic jams, the traffic police said.

Military vehicles, police cars, ambulances, fire trucks, engineering rescue vehicles and vehicles from Hong Kong and Macao would be exempt from the rules, the authorities said.

Local residents and experts have been asked to express their opinions and give suggestions about the draft rules between April 17 and 26.

Lin Jiang, a professor at Guangzhou's Sun Yat-sen University, said the city's measures are more people-oriented compared with rules introduced by other mainland cities restricting vehicles from outside.

He urged governments to invest more to increase intercity transport via light rail, subways and buses between Guangzhou and other Pearl River Delta cities to help reduce the number of vehicles expected from outside in coming years.

Peng Peng, vice-chairman of the experts' committee of the Guangdong-based South Nongovernmental Think-Tank, said the new measures would help Guangzhou curb its traffic problem, though they would adversely affect residents who need to visit frequently from outside the city.

"The Guangzhou city government should have sought the valuable advice of local experts and scholars before drafting the new measures," Peng said. "Relevant departments should publicize the new measures to ensure that they are implemented."

Residents have called for stricter moves to solve the traffic jams in Guangzhou, a trading hub in southern China that attracts many people, particularly business representatives, from nearby cities in the Pearl River Delta.

Cen Guangchao, a white collar worker in the city who drives a car to work, said the new measures are not strict enough. Guangzhou has faced very heavy traffic jams, especially during rush hours, he said.

But some from outside of the city think otherwise.

Fang Zhuolong, a driver from Foshan, 20 kilometers from Guangzhou, said the new measure would affect people like him who are from outside the city.

An executive from an electronics company said he might purchase another car or, alternatively, borrow one from relatives or friends to visit Guangzhou after the new measures take effect.

In Shenzhen, vehicles from outside the city are banned from operating during rush hours－from 7 am to 9 am and 5:30 pm to 7:30 pm on workdays.

According to data from its traffic police, Guangzhou, which has a population of more than 15 million, now has about 2.8 million registered vehicles.

Guangzhou started limiting car registrations in July 2012. Currently it grants no more than 10,000 new car licenses a month via lottery and auction.

Luo Yongshi contributed to this story.