China urges US to cease provocations in South China Sea 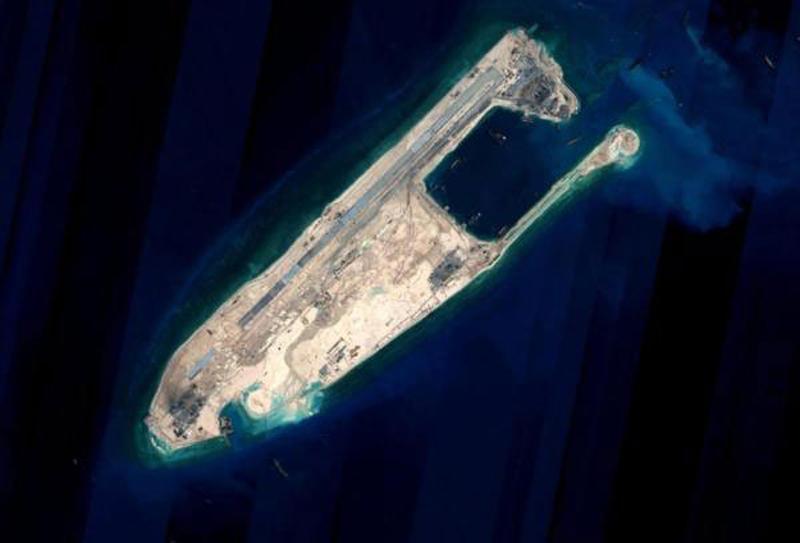 BEIJING – China on Monday voiced firm opposition to the United States' provocative moves in the South China Sea, urging Washington to put an end to such deeds immediately.

The related moves by US warships has violated China's sovereignty, and undermined peace, security and sound order in relevant waters.

In response to two US military vessels earlier on Monday entering waters near Ren'ai Reef and Meiji Reef in the Nansha Islands without China's permission, Chinese navy has identified, warned and expelled the warships according to law, Foreign Ministry spokesperson Hua Chunying said at a routine press briefing.

"The related moves by US warships has violated China's sovereignty, and undermined peace, security and sound order in relevant waters," Hua said, expressing China's strong dissatisfaction with and firm opposition to the moves.

READ MORE: China opposes US provocation in its territorial waters

She said that China enjoys indisputable sovereignty over the Nansha Islands and the adjacent waters.

"China respects and safeguards freedom of navigation and overflight in the South China Sea according to international law, while firmly opposes any country's attempts at jeopardizing sovereignty and security of littoral countries under the pretext of such freedom," added Hua.

In the context of positive momentum of the South China Sea situation, the US side's provocation and tension-inciting behavior run contrary to the common will, she said.

"The Chinese side urges the United States to stop such provocative moves immediately, and earnestly respect efforts of the countries in the region in preserving peace and stability in the South China Sea."

China will take every necessary measure to resolutely safeguard national sovereignty and security, as well as peace and stability in the South China Sea, added the spokesperson.