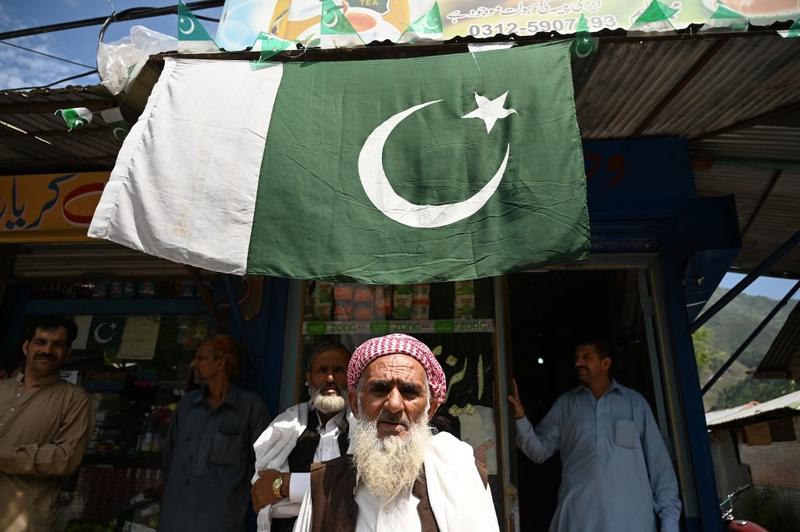 In this Aug 29, 2019 photo, Pakistani Kashmiri men gather at a market near the Line of Control (LoC) --- the de facto border between Pakistan and India -- in Chakothi sector, in Pakistan-administered Kashmir. (AAMIR QURESHI / AFP)

Joel Simon called the expulsion of Steven Butler "baffling" and "a slap in the face" to those concerned about press freedom in Pakistan.

Butler was refused entry at the Allama Iqbal International Airport in Lahore despite having a valid visa and was returned to the United States. Butler said he was told he was on "a stop list of the Interior Ministry."

"Pakistani authorities should give a full explanation of their decision to bar Butler from entering and correct this error," Simon said in a statement issued by the CPJ. "If the government is interested in demonstrating its commitment to a free press, it should conduct a swift and transparent investigation into this case."

Butler was planning to attend the Asma Jahangir Conference-Roadmap for Human Rights in Pakistan. The conference this weekend is named for a renowned Pakistani human rights activist who died last year of a heart attack.

Butler had been a regular visitor to Pakistan, working with journalists' groups throughout the country.

His expulsion at the airport "reinforces our deep and growing concerns about press freedom in the country," Simon told The Associated Press.

Pakistani journalists have come under increasing censorship in the past year.

Websites have been shut down, including the Urdu website of the US government-funded Voice of America, after it reported on an ethnic Pashtun tribal movement that's been critical of military operations in regions bordering Afghanistan. Mashaal Radio, affiliated with Radio Free Europe/Radio Liberty, has also been shut down.

Leading newspapers, including the well-respected English-language Dawn Newspaper, have come under pressure, its distributers harassed and prevented from delivering the newspapers.

Journalists and journalist advocacy groups blame the military and its powerful intelligence agency, which they say are seeking to quash critical coverage in general as well as any coverage of the Pashtun movement against the military's war on terror, particularly in the tribal regions.

The military has denied it is involved in censorship.

"There is no media censorship through ISPR (Inter-Services Public Relations) or ISI," the country's main intelligence agency, said military spokesman Gen Asif Ghafoor in an earlier written response to questions from AP.