Wu Lei wins over fans and press in Spain 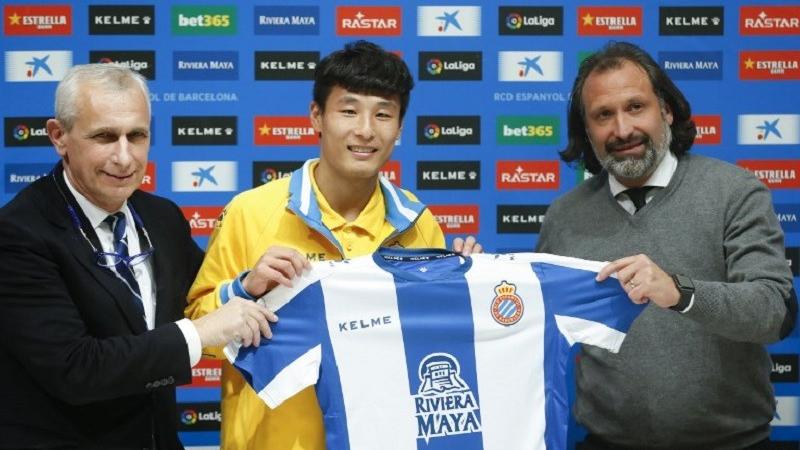 MADRID - Chinese striker Wu Lei has only played 71 minutes of first team football, but has already made a big impact with fans since joining in the Barcelona-based Spanish Liga Santander side, Espanyol.

Wu's arrival was greeted with some skepticism by supporters, who perhaps remember how the first Chinese footballer debut in La Liga as Chen Yansheng struggled at Rayo Vallecano, playing just eight minutes in his only league appearance.

However, Wu is already getting great headlines with the Spanish sports paper Marca writing about the "Conquest of Wu Lei" and the 'El Mundo Deportivo saying "Wu Lei conquers 'Los Pericos'", which is the nickname for his new club.

Wu made his debut in the last 12 minutes of Espanyol's 2-2 draw away to Villarreal eight days ago and was on the pitch as his side scored the equalizing goal after fighting back from 2-1 down.

Although he had only a brief time to adapt to the pace of the game, Wu won a couple of dangerous fouls for Espanyol and forced a corner in the closing minutes as the Villarreal defenders struggled to deal with his pace on the ball. 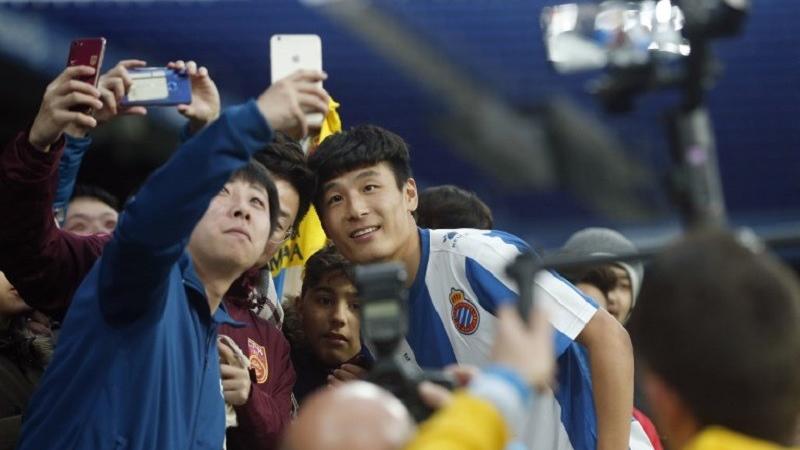 He was even more decisive in his second appearance, helping Espanyol come back for a 2-1 win at home to Rayo Vallecano on Saturday.

Wu replaced Pablo Piatti in the 34th minute after the Argentinean suffered a knee injury which will sideline him for the rest of the season, and in the second half provoked the penalty which allowed Borja Iglesias to level the game from the spot.

Indeed Wu's performance earned him an ovation from the Espanyol fans who were delighted at the display of their new signing.

"I didn't expect my debut to create as much expectation as that and once again I have to thank the fans, because when I got onto the pitch, they made me feel as if I was already one of the family," said Wu on the Espanyol website.

"I am really happy to have made my home debut and for the way the fans got behind us at a difficult moment in the game," he said, adding that Piatti's injury was "a shame" even though it could open the doors to the starting 11 for him.

"I didn't expect to play so much so soon," confessed the Chinese player, who now has a great chance of starting against Valencia next Sunday.