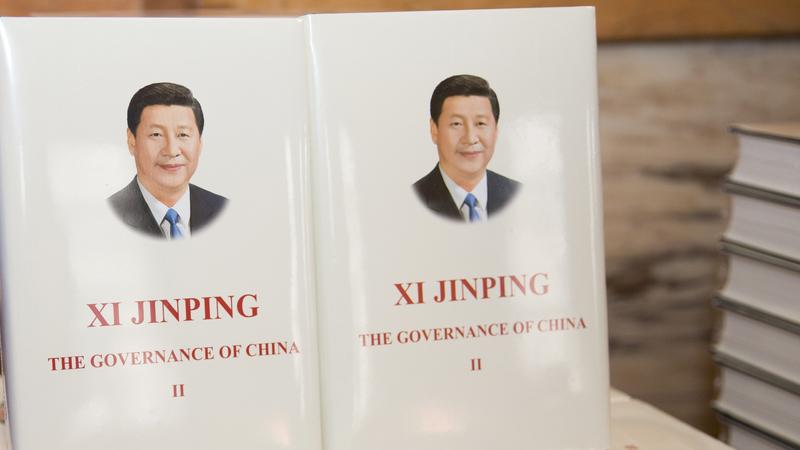 This photo shows the second volume of "Xi Jinping: The Governance of China", which launched in different languages, on April 11, 2018, London, Britain. (ISABEL INFANTES / XINHUA)

Fudan University will open a new elective course on Xi Jinping Thought on Socialism with Chinese Characteristics for a New Era for undergraduates starting in September.

The course aims to help students grasp the development, features and values of Xi Thought, and to comprehensively master the theory's practice in the community, according to Dong Yahua, secretary of the Party committee of the school of Marxism at Fudan.

Since November - soon after the conclusion of the Communist Party of China's 19th National Congress - the university has offered 10 lectures on Xi Thought in its compulsory courses on ideological and political education.

The lectures focus on topics such as Xi Thought and Marxism in China, the main social contradictions in China in the new era, and the Belt and Road Initiative and international cooperation. Students attend group discussions in class and do practical research after class. More than 2,000 undergraduates have attended the lectures.

"We will establish a relatively stable teaching team with more experts for the course next semester," Dong said.

Du Yanhua, a professor at the university's Marxism school, said she read the report of the 19th National Congress of the CPC numerous times to be able to depict it accurately to young adults born after 1995 or even 2000. "Teachers should first comprehensively grasp the essence of Xi's thoughts, so that education can combine theory and practicality," Du said.

Zhu Tianyin, a freshman in natural science at Fudan, said the examples teachers provide in class give him a vivid command of the knowledge.

"It is a more interesting way than just reading Marxism in a textbook," said Zhu, who took the course on a new era of socialism with Chinese characteristics and Marxism in China from Wu Xiaoming, dean of the Marxism Research Institute at Fudan University.

Chen Shutong, who majors in technical sciences, has attended the lecture given by Sang Yucheng, a professor at Fudan's school of international relations and public affairs.

"I could see the country's achievements through the policy of running the Party strictly when the professor showed the data on the number of officials sanctioned for corruption in the past five years," Chen said.