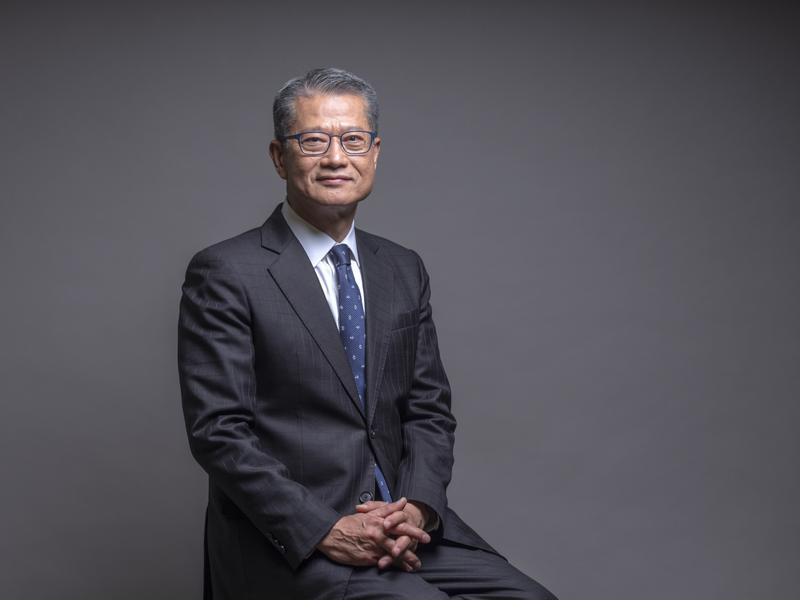 Warning that unemployment is set to edge higher, Chan pledged the annual budget due on Feb 26 will maintain spending on infrastructure and public services even as it includes additional stimulus.

“We will continue to spend boldly to help those disadvantaged,” Chan told Bloomberg Television’s Yvonne Man.

Given the large amount of fiscal surplus we’ve accumulated over the years I do think we have the capability and financial resources to help us come through this economic recession.

“Given the large amount of fiscal surplus we’ve accumulated over the years I do think we have the capability and financial resources to help us come through this economic recession,” he said.

That largess may not extend to cash handouts. While the government hasn’t made a decision on whether to pursue such a policy, Chan said such a move could trigger a deficit of more than HK$100 billion (US$13 billion).

The finance official also had a message for currency speculators by ruling out any change in the Hong Kong dollar’s peg to the greenback, a favorite guessing game during periods of economic stress.

“We have no intention to review it,” Chan said. There are “no circumstances” in which it would be reviewed, he said.

The comments come as Hong Kong remains mired in recession after seven months of social unrest stemming from the extradition bill incident. Visitor arrivals from the Chinese mainland have more than halved, organizers have canceled conferences and consumer spending has tumbled. Unemployment is rising and expected to climb further.

The International Monetary Fund has urged the city’s government to ramp up spending to support the economy. Business owners have called for more support amid little sign of a circuit breaker in the political dispute.

The IMF has said the city’s economy likely shrank 1.2 percent last year and forecasts 1 percent growth in 2020. Chan expects the economy to have contracted 1.3 percent in 2019.

Since the unrest began, the government has announced a series of stimulus measures worth about HK$25 billion. The stimulus has been targeted to businesses and various social groups, and includes some tax breaks, one-time fuel and utilities subsidies, as well as support for children and the elderly.

Economists have criticized the response as “peanuts.” The announced stimulus spending amounts to just less than 1 percent of Hong Kong’s GDP while the city’s fiscal reserve stood at HK$1.05 trillion as of October.

Chan provided no signals about government plans to break the current impasse, other than saying he is confident a resolution will be found.

Playing down concerns around capital outflows and worries about an exodus of talent from Hong Kong, Chan said the hub’s banking system and markets remain stable.

In his budget last year, which came before the protests, Chan outlined a series of relief measures costing about HK$42.9 billion that included tax breaks, investment in tech industries and other social spending. A budget deficit is currently forecast for the year.

At least some of the fresh stimulus will again be targeted at small and medium-sized enterprises. However, in response to calls from business owners for lower rent, Chan said the market will correct itself.

“We have done our part and we encourage the private sector to work together and take a long-term view in terms of their business relations,” Chan said. “But at the end of the day this is a market economy.”