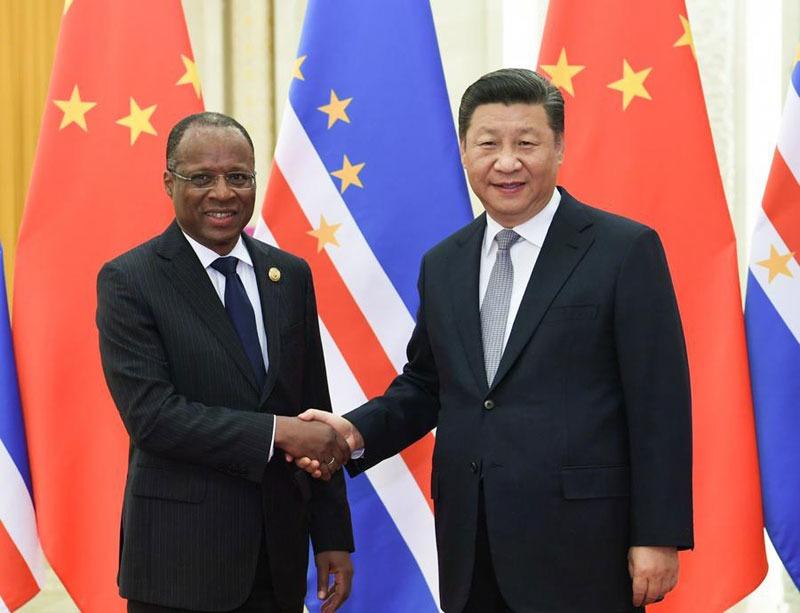 BEIJING - Chinese President Xi Jinping on Thursday met with African leaders after the 2018 Beijing Summit of the Forum on China-Africa Cooperation.

During a meeting with Prime Minister of Cape Verde Ulisses Correia e Silva, Xi said China is willing to work with Cape Verde to make the bilateral relationship a model for the principle of treating all countries as equals regardless of their size, as well as solidarity and cooperation.

Cape Verde adheres to the one-China principle, speaks highly of the Belt and Road Initiative as the hope for Africa, and is ready to actively participate in it

Xi called on both countries to support each other more firmly on issues concerning their respective core interests and major concerns.

China commends Cape Verde's active support and participation in the Belt and Road cooperation and is willing to strengthen the connection of development strategies with Cape Verde and expand cooperation in areas such as infrastructure construction and marine economy, Xi said.

China has paid attention to Cape Verde's special concerns as a small island country, Xi said, adding that China is willing to strengthen coordination with Cape Verde on issues such as climate change and the UN 2030 Agenda for Sustainable Development, so as to safeguard the common interests of both countries as well as all developing countries.

Calling the FOCAC Beijing summit a great success, Silva said Xi's call for a stronger China-Africa community with a shared future and a series of measures he announced at the summit were uplifting and will lead the bilateral ties into a new era.

Cape Verde adheres to the one-China principle, speaks highly of the Belt and Road Initiative as the hope for Africa, and is ready to actively participate in it, according to Silva.

Silva said he was inspired by his visit to the Binhai New Area in Tianjin, adding that Cape Verde hopes to draw useful experience and conduct cooperation. 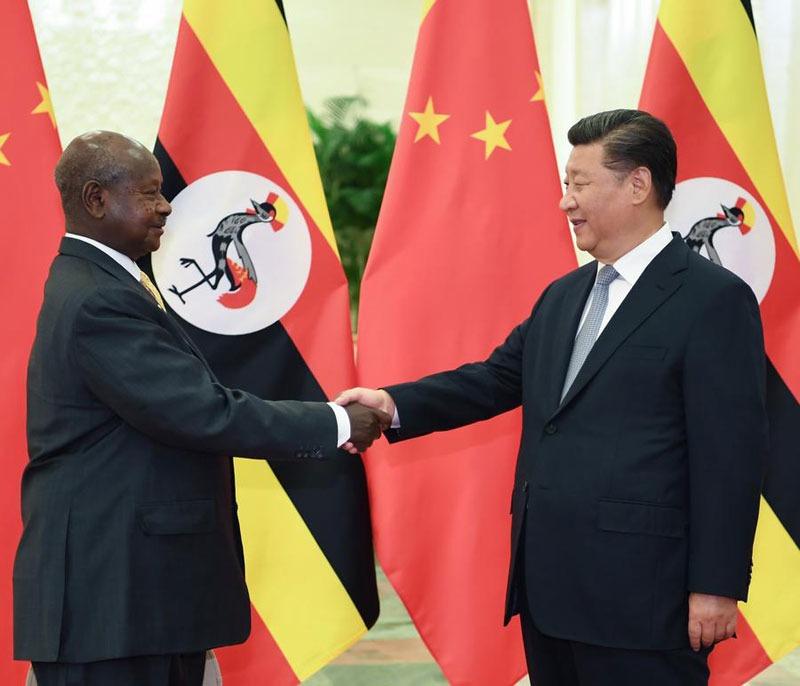 During a meeting with Ugandan President Yoweri Museveni, Xi said China has always considered Uganda a key cooperation partner in Africa. He called Museveni a longstanding China-Africa cooperation promoter and participator who has made important contributions to FOCAC development.

He said China supports Uganda in playing an even bigger role in maintaining regional peace and stability and is willing to strengthen communication and coordination with it in international and regional affairs.

Noting that the people of Africa will never forget their profound friendship with the Chinese, Museveni said Africa needs to strengthen cooperation with China in the process of African integration.

Museveni said Uganda thanks China for its assistance in Uganda's social and economic development, especially in infrastructure construction, which has remarkably raised the country's economic competitiveness.

Uganda is willing to work with China on deepening cooperation in areas such as transportation, industrial parks, power supply, human resources, and on strengthening communication and collaboration in international affairs, Museveni added.

During a meeting with Burundi's Second Vice-President Joseph Butore, Xi said China-Burundi relations are at their best in history. He added that China actively supports Burundi in exploring a development path suited to its national conditions and is willing to safeguard Burundi's legitimate rights and interests on multilateral occasions including at the United Nations.

China welcomes Burundi to actively participate in the Belt and Road cooperation, and is willing to work with the country to deepen win-win cooperation in fields including infrastructure, energy and agriculture, Xi said.

China is willing to help Burundi increase grain production capacity and will continue to send medical teams to the country, Xi added.

Butore said Burundi will work with China to support each other on issues involving their respective core interests and major concerns, as it did in the past and it is doing now.

He said the national development plan of Burundi has many aspects that are in line with the eight major initiatives announced by President Xi, adding that the country is willing to actively participate in the Belt and Road construction and step up cooperation with China in fields including infrastructure, energy and mineral resources, power stations and people's livelihood.

While meeting with Gambian President Adama Barrow, Xi welcomed Barrow's attendance at the FOCAC meetings for the first time, saying this is of great significance to China-Gambia relations, China-Africa relations, and the development of the FOCAC.

China has helped us improve our telecommunications, and road and transport conditions -- things that we had wanted to do for many years but failed

In the two years since resuming diplomatic relations, the two countries have seen their friendship and cooperation move forward comprehensively and smoothly, and bilateral ties have developed positively and quickly, Xi said, adding that China is satisfied with the achievements made in the development of bilateral relations.

China commends Barrow and the Gambian government for adhering to the one-China principle, and is ready to work with the Gambia to continue steering bilateral ties in the right direction, continuously enhance political mutual trust, and continue firmly supporting each other on issues of core interests and major concerns, Xi said.

China supports the Gambian government's efforts in "building the new Gambia," and is willing to increase pragmatic cooperation and expand people-to-people exchanges with the western African country, Xi said.

For his part, Barrow said almost all heads of state and government of African countries attended the summit, a demonstration of the great importance they attach to China and China-Africa relations.

It is with great pleasure that the Gambia has returned to the big family of Africa-China cooperation, and the Gambia is satisfied with the achievements the two countries have rapidly made after resuming diplomatic relations, Barrow said.

"China has helped us improve our telecommunications, and road and transport conditions -- things that we had wanted to do for many years but failed," Barrow said.

Facts have proved that it is a huge mistake for the Gambia to keep the so-called diplomatic relations with Taiwan, Barrow said.

Barrow said his country will unswervingly uphold the one-China policy without any hesitation and is committed to consolidating the win-win partnership with China, which fully conforms to the will of the Gambian people, Barrow said.

China will continue to stand up and speak for Central African Republic at multilateral organizations, push for more international concern and input in the peace process of the country, as well as more constructive assistance.

Central African Republic is ready to strengthen the exchange between political parties and governance, and to improve the practical cooperation under the framework of the Belt and Road Initiative, and eight major initiatives proposed by President Xi at the summit, said Touadera.