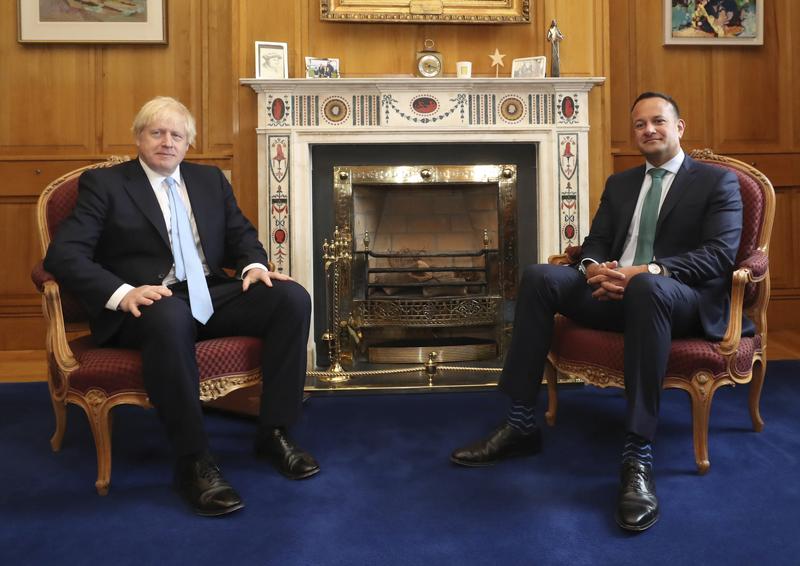 Speaking alongside Irish Prime Minister Leo Varadkar in Dublin, Johnson said a deal on the Irish border question can be secured in time to enable a smooth British departure from the EU by the scheduled Brexit date.

He said a no-deal departure from the European Union would represent a "failure of statecraft" and that all sides would bear a responsibility for that.

Johnson has said he will take Britain out of the EU on Oct 31 even without a deal, but Parliament has passed a bill that would force him to seek a delay from the EU if no deal has been agreed.

The embattled prime minister did not explain how the longstanding stalemate can be broken in a way that satisfies the other 27 EU leaders and would win backing in Britain's Parliament, where his party no longer has a working majority.

Johnson has been criticized in Britain for not producing new plans to break the Brexit impasse, and Varadkar also said that Britain has not produced any realistic alternatives to the controversial "backstop" agreement reached by Johnson's predecessor, Theresa May.

Opposition to the backstop was a key reason why Britain's Parliament rejected May's Brexit deal with the EU on three occasions earlier this year.

The backstop, which has emerged as the main stumbling block to an agreement, is intended to make sure that no hard border is put up between EU member Ireland and Northern Ireland, which is part of the United Kingdom.

Varadkar said a no-deal departure would cause severe economic problems for Ireland now that border checks have been eliminated for an extended period of time.

Varadkar also said on Monday that the removal of the border backstop without any proper replacement would mean a no-deal Brexit for the United Kingdom. 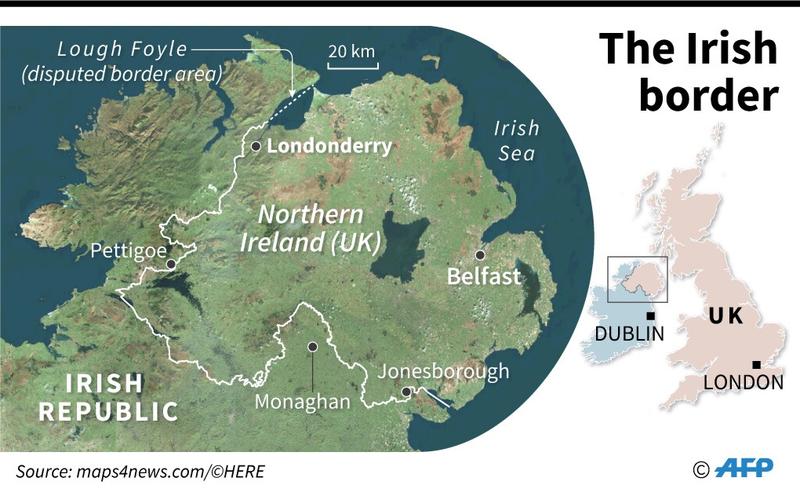 This AFP graphic shows a map of Northern Ireland and the border with the Irish Republic.

"In the absence of agreed alternative arrangements, no backstop is no deal for us," Varadkar said ahead of talks with his British counterpart, Boris Johnson.

Varadkar said he would not replace a legal guarantee for the Irish backstop, an insurance agreement to prevent the return of border controls between Northern Ireland and the Irish Republic, without any specific alternative.

The Irish leader says more negotiations are needed and that the Good Friday peace agreement, which states that no hard border is re-imposed on the island of Ireland, must be respected.

He said the EU does not want another extension of the Oct 31 deadline but is willing to consider one if it is requested.

The Dublin meeting marks the first time the two leaders have met since Johnson took power in July.

Varadkar has said he does not expect an immediate breakthrough in the border impasse.

Johnson's political position in Britain has been greatly weakened over the past week, with the loss of his Conservative Party's working majority in Parliament and the departure of some key party figures who sided with the opposition in key votes.

He plans to press a rebellious Parliament later Monday to back his plan for an early election, with the hope of winning a majority that would back his Brexit strategy, but opposition parties have said they will vote the measure down.

They want to make sure a "no-deal" departure is blocked before agreeing to an election.

Johnson has said he will not seek a delay despite the new bill that seeks to force him to do so. His government is studying the bill for possible loopholes that might allow a legal challenge.