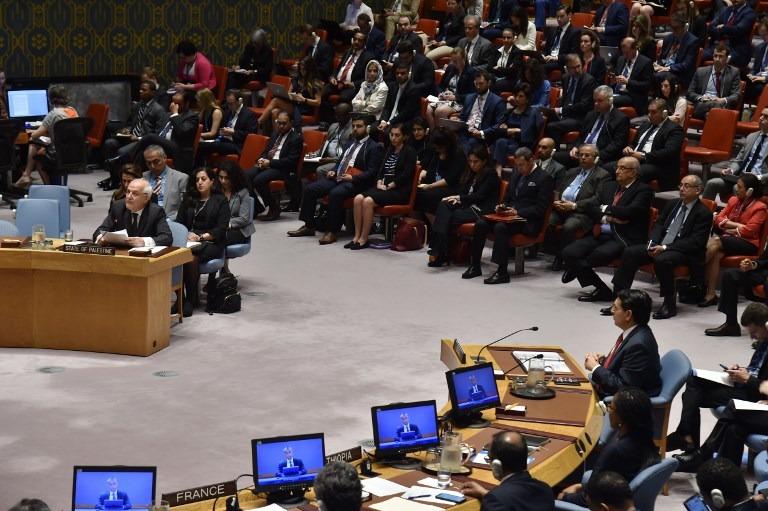 UNITED NATIONS - The United Nations Security Council on Friday failed to adopt a US-drafted resolution on the question of Palestine.

The US text, a competing draft resolution to a Kuwaiti one, got only one vote in favor - from the United States itself. Three of the 15 Security Council members - Kuwait, Russia and Bolivia - voted against it, and the remaining 11 members abstained.

Immediately after the vote, US ambassador to the United Nations Nikki Haley blamed "anti-Israel bias" in the Security Council

A Security Council resolution needs at least nine affirmative votes to be adopted, on the condition that none of the five permanent members of the council - Britain, China, France, Russia, the United States - votes against it.

Immediately after the vote, US ambassador to the United Nations Nikki Haley blamed "anti-Israel bias" in the Security Council.

"With its votes today, the UN Security Council majority showed that it was willing to blame Israel, but unwilling to blame Hamas, for violence in Gaza," Haley said in a brief statement.

"Further proof was not needed, but it is now completely clear that the UN is hopelessly biased against Israel. The United States will not allow such bias, which is why we did not hesitate to cast our veto," said the statement.

The US draft resolution blames Hamas for the recent escalation of violence in Gaza.

The Kuwaiti text, which was vetoed by the United States in an earlier vote, deplores the use of excessive, disproportionate and indiscriminate force by the Israeli forces against Palestinian civilians in the Occupied Palestinian Territory. It also calls for the consideration of measures to guarantee the safety and protection of the Palestinian civilian population.

The Kuwaiti draft further calls for immediate steps toward ending the closure and the restrictions imposed by Israel on movement and access into and out of the Gaza Strip.