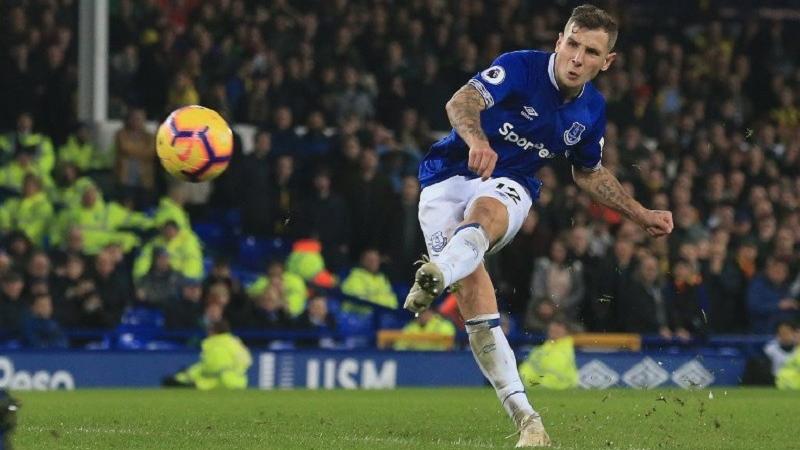 LIVERPOOL, England - Lucas Digne curled home a free kick in the sixth minute of injury time to earn Everton a 2-2 draw with Watford after a wild second half featuring three goals and a saved penalty in the English Premier League on Monday.

It was a first goal in English soccer for the France left back following his offseason move from Barcelona - and it was a set-piece strike former teammate Lionel Messi would have been proud of.

Watford goalkeeper Ben Foster had kept out a penalty from Gylfi Sigurdsson with the score at 2-1, but barely moved when Digne whipped his free kick into the top corner from the edge of the area in the final minute of stoppage time.

"It feels like a defeat," Watford striker Troy Deeney said, "but you have to give credit where it's due. The free kick went in top corner."

For Everton manager Marco Silva, it would have been a sweet ending to a match that saw Watford fans hold up inflatable snakes in the away end - an apparent reference to the fact that the Portuguese coach had his head turned by Everton while coach of Watford. 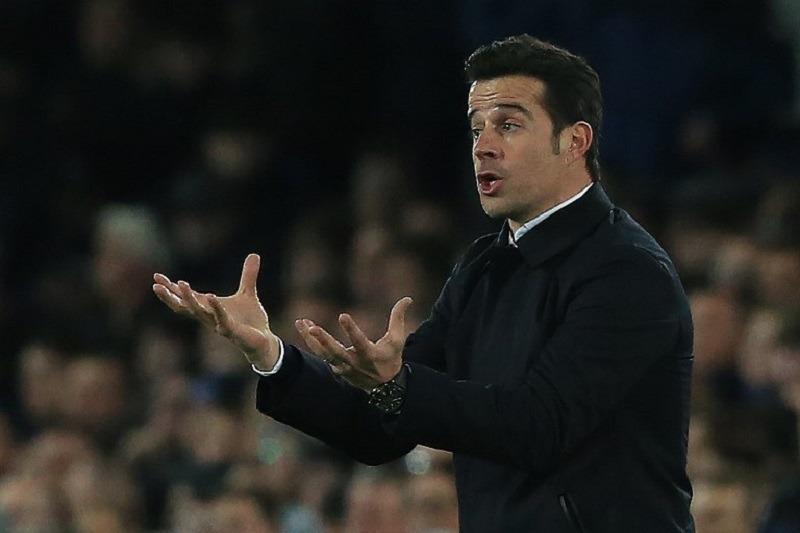 Results deteriorated under Silva at Watford after Everton showed an interest midway through last season, and he was fired in January after six months in charge. It caused acrimony between the clubs, even more so when he eventually joined Everton in the offseason.

"I didn't see anything," Silva said of the snakes in the crowd. "It's not important to me."

The match started disappointingly for the visitors, too, as they went behind to a goal by former player Richarlison in the 15th minute. It was the Brazil forward's eighth league goal since joining Everton from Watford in the offseason for more than US$50 million.

In a madcap five-minute spell from the 63rd, Watford equalized through an own-goal from Seamus Coleman, went ahead when Abdoulaye Doucoure produced a prodigious leap to get above Coleman and head home from inside the six-yard box, then saw Foster save Sigurdsson's spot kick with his outstretched leg. 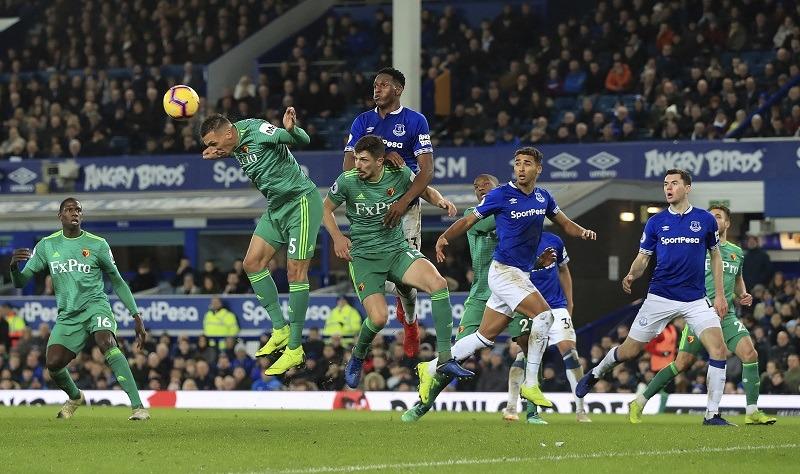 Sigurdsson and Digne both lined up to take the free kick that offered Everton one last chance at Goodison Park. It was the former Barcelona left back who took it, and he earned his team a point with the second-latest goal scored in the Premier League this season.

"It showed personality and character to take that free kick when people might have expected Gylfi to," Silva said. "It's a very good goal."

It was the eighth goal Watford has conceded after the 90th minute since the start of the 2017-18 season.

Everton missed the chance to move level on points with sixth-placed Manchester United.