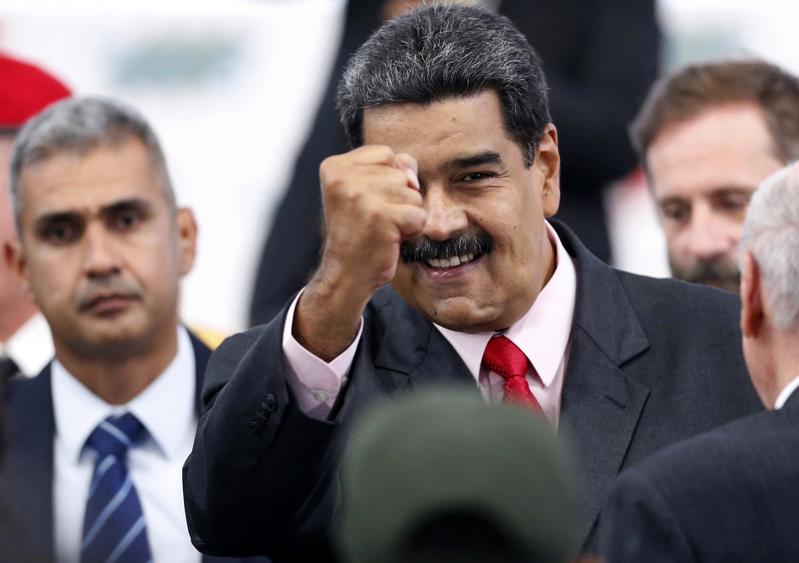 In this May 22, 2018 photo, Venezuela's President Nicolas Maduro greets guests after receiving from the National Electoral Council, CNE, a certificate declaring him the winner of the presidential election, during a ceremony at CNE headquarters in Caracas, Venezuela. (ARIANA CUBILLOS / AP)

The announcement came two days after the International Monetary Fund warned that Venezuela's inflation could top 1 million percent this year.

Maduro said the monetary conversion will spark "great revolutionary changes in the economy, which Venezuela demands."

Venezuela sits atop the world's largest proven oil reserves, but it is five years into an economic crisis with shortages of food and medicine that is driving mass migration.

Paper money is hard to get in Venezuela, where the largest bill today is the 100,000-bolivar note, equal to less than 1 cent on the commonly used black market exchange rate. A simple lunch easily costs 3 million bolivars.

The new paper bills will have denominations ranging from 2 up to 500. The lowest represents the buying power of 200,000 current bolivars, the highest stands in for 50 million.

Printing new money is a move Venezuela has taken before to combat soaring inflation that requires more and more bolivars to make a purchase. In 2008, then President Hugo Chavez issued new currency that eliminated three zeros.

ALSO READ: Maduro favored as Venezuelans vote amid crisis
In March, Maduro announced that Venezuela would print money with three fewer zeros, but it was never carried out, and inflation continued to soar.

On Wednesday, Maduro spoke on national TV to his economic team, also vowing a renewed focus on Venezuela's failing oil sector, but providing no details for improving crude production.