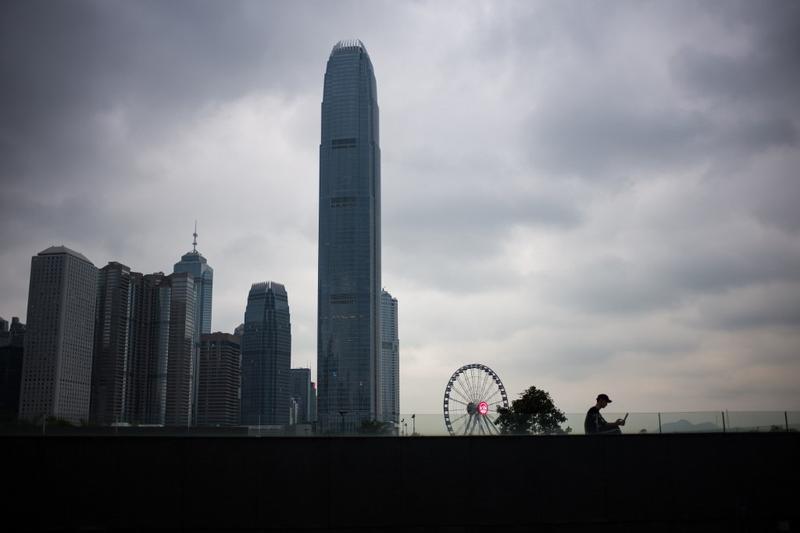 In this Oct 18, 2018 photo, a man uses his tablet as he sits in Tamar Park, with a view of the skyline behind him during the early evening in Hong Kong. (WALLACE / AFP)

Hong Kong's rating in various areas from security to business environment in international rankings will see the negative influence this year, Paul Chan Mo-po said in an online article.

If the situation continues, Hong Kong will lose not only incomes but also job opportunities, Paul Chan warned

The repeated violent acts including arson, criminal damage and attacks on innocent people have deprived Hong Kong residents of the sense of security they once enjoyed and have deterred many international investors and tourists from coming, he said, citing a 40-50 percent drop in visitors to the city during the past few months.

Some international conferences usually held in Hong Kong went to other places last year, he added.

If the situation continues, Hong Kong will lose not only incomes but also job opportunities, he added.

The violent acts that targeted shops and judicial organs, and personal threats against specific judges also challenged Hong Kong's core value and the rule of law, said the finance chief.

Hong Kong's economic development and global achievements are built by generations of hard work, continued violence will destroy all the efforts, aggravating the already declining economy, and reducing the fiscal revenue of the HKSAR government, in the end vulnerable groups will suffer the most, he said.

He called on the whole society to disassociate with violence and treasure the home of Hong Kong.