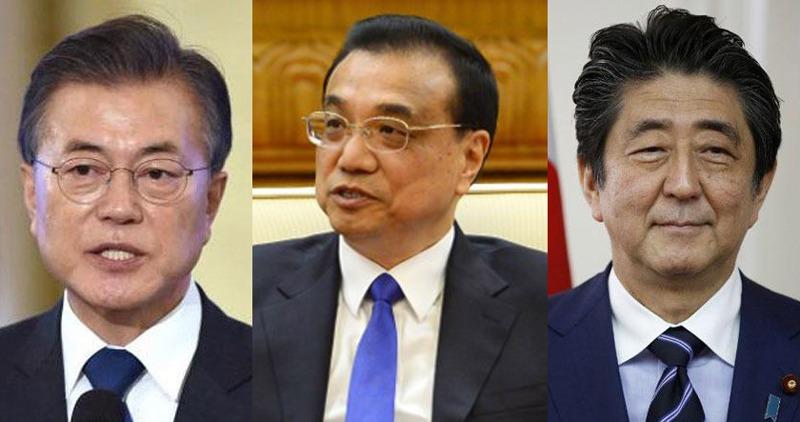 BEIJING - Leaders of China, Japan and the Republic of Korea (ROK) will meet for the first time since 2015, to reboot interaction between the three Asian nations, cement friendly ties and brighten the prospects of regional peace, stability and economic prosperity.

Regional countries are looking forward to the trilateral talks, which are set to boost the momentum of win-win cooperation, promote economic integration of East Asia, and help build an open world economy

The upcoming meeting in Japan will bring together Chinese Premier Li Keqiang, Japanese Prime Minister Shinzo Abe and ROK President Moon Jae-in. Apart from the gathering, Li will also pay an official visit to Japan, the first in eight years by a Chinese premier.

This year marks the 10th anniversary of the trilateral meeting outside the framework of ASEAN, while next year will witness the 20th anniversary of the launch of China-Japan-ROK cooperation. Regional countries are looking forward to the trilateral talks, which are set to boost the momentum of win-win cooperation, promote economic integration of East Asia, and help build an open world economy.

Over the years, the three-way cooperation has achieved a fruitful outcome. Business and trade cooperation, as well as education and cultural exchange programs have made laudable progress. The three countries have gradually improved their cooperation mechanisms and already launched cooperation programs in various fields.

The trilateral cooperation, since its official inauguration nearly two decades ago, has seen ups and downs because of various reasons. However, cooperation has always been the shared aspiration of the three parties, which enjoy geographical proximity and cultural closeness.

The situation on the Korean Peninsula will perhaps be the first to benefit from revitalized trilateral interaction among the three countries.

To sustain the recent positive developments on the peninsula, it is important for ROK and Japan to further understand that China's "dual-track approach" and the "suspension for suspension" proposal remain to be the most practical way to denuclearize and establish a lasting peace on the Korean Peninsula.

The "dual-track approach" is the proposal to seek denuclearization of the peninsula alongside establishing a peace mechanism. The suspension-for-suspension proposal is for Pyongyang to suspend its nuclear and missile activities in exchange for the suspension of large-scale US-ROK military exercises.

Moreover, sound trilateral relations are important for the well-being of the people and the future of the region. To open up new prospects, Japan and ROK should join China to slash their trust deficits. They also need to view each other's strategic intentions in an objective way, engage in candid communications, face history squarely and develop a forward-looking vision.

New prospects for closer cooperation also require a fresh impetus. To guide future trilateral cooperation, the meeting is expected to accelerate the negotiations for China-Japan-ROK Free Trade Agreement (FTA) and Regional Comprehensive Economic Partnership. These efforts will pave the way for an FTA in the Asia-Pacific region and make the global economy more open, inclusive and balanced so as to benefit all.

The upcoming meeting is also a fine opportunity for the three sides to jointly voice their support for global free trade at a time of rising trade protectionism.

In the final analysis, China, Japan and ROK, three major countries in the Asia-Pacific, bear a special and shared responsibility for maintaining peace and stability and fostering prosperity in the region and beyond. It is time for them to honor their duties in a hand-in-hand manner.