UK leader May is in Brussels seeking Brexit breakthrough 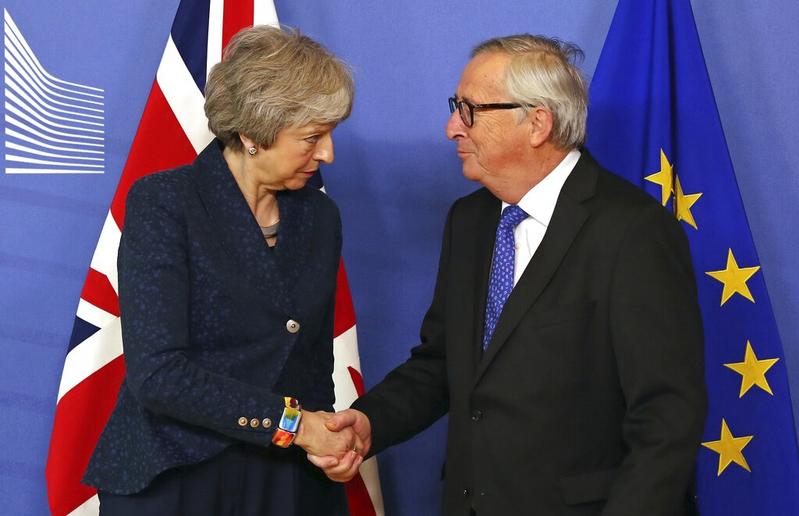 BRUSSELS — British Prime Minister Theresa May reopened talks with the European Union leaders on the Brexit agreement on Thursday and was bracing for a clash with senior EU officials during a day of divorce negotiations.

May was welcomed by European Commission President Jean-Claude Juncker in a glum, stiff handshake ceremony that underscored the simmering tension between the UK and the other 27 EU member states.

Theresa May will still be looking for changes in the 585-page legally-binding withdrawal agreement, something which the 27 other EU leaders continue to vehemently oppose

With the planned departure date of March 29 closing in, May is expected to be stonewalled by the EU officials when it comes to reopening the legal withdrawal agreement which was already endorsed in November before the UK Parliament overwhelmingly rejected it.

The gap between both sides was already yawning, but European Council President Donald Tusk exacerbated the frosty climate on Wednesday by wondering aloud what "special place in hell" might be reserved for those who backed Brexit while having no idea of how to deliver it.

Highlighting the sensitivities, a public welcome appearance on camera between May and Tusk was suddenly cancelled, hours before the encounter.

And instead of jovial kisses, as is often his wont, Juncker held out his hand for May to shake and quickly ushered her off into his offices, with one reporter shouting at her "Is this hell, prime minister?"

UK officials said May's primary concern was not to be "trapped" into a controversial backstop system to avoid lengthy checks on the Irish border which could see Britain linked to the EU in a customs union for an indefinite time.

May will still be looking for changes in the 585-page legally-binding withdrawal agreement, something which the 27 other EU leaders continue to vehemently oppose.

May insists that "alternative arrangements" can be found, but EU officials have been waiting for weeks for London to spell out what they are. 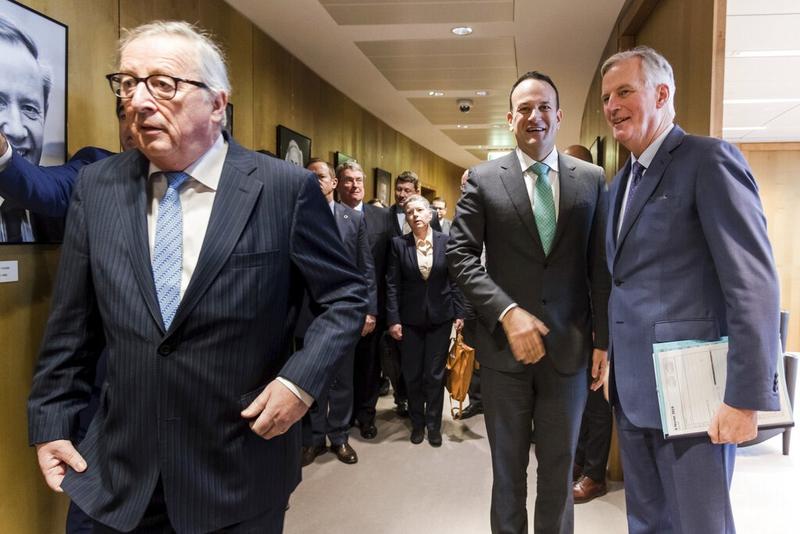 Irish Prime Minister Leo Varadkar said Wednesday that a majority in favor of those arrangements probably "only exists because alternative arrangements can mean what you want them to mean."

"Perhaps it's for those who have created these problems to be a bit creative now," he added.

In London, there was some momentum from the opposition.

The leader of the Labour Party wrote to May spelling out what he wants in exchange for backing the government's Brexit plan.

In the letter, Jeremy Corbyn again demanded permanent British membership in a customs union, which May has repeatedly ruled out.

Corbyn told the prime minister she won't win his backing solely by winning concessions from the EU on the contentious Irish border issue.

The Labour leader said he is seeking "alignment with the union customs code, a common external tariff and an agreement on commercial policy that includes a UK say on future EU trade deals."

Corbyn's position is disappointing some Labour Party legislators who had hoped he would back calls for a second referendum on the Brexit process.