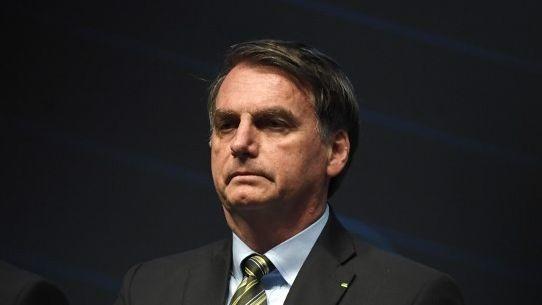 Bolsonaro is scheduled to pay a state visit to China from Thursday to Saturday at the invitation of Chinese President Xi Jinping. The visit comes as the two countries are celebrating the 45th anniversary of the establishment of their diplomatic ties.

"Condition of good friends, condition of old wine," says a Latin American proverb. In retrospect, China and Brazil, though separated by oceans and continents, have never stopped their friendly exchanges.

More than 200 years ago, the first Chinese tea growers traveled to Brazil to plant tea and teach their skills, and some 90 years later, a Chinese pavilion was built in Brazil's Tijuca National Park to mark the sincere friendship between the two countries.

In 1993, Brazil became the first country to establish a strategic partnership with China, and in 2012 that partnership was upgraded to a comprehensive strategic one.

Such a partnership has grown more solid and mature today. This year has witnessed more frequent high-level exchanges between the two countries. In August, Xi and Bolsonaro exchanged congratulatory messages on the 45th anniversary of diplomatic ties.

China has been Brazil's largest trading partner and the main destination country for Brazilian exports for a decade, and has become Brazil's largest source of foreign investment. In 2018, bilateral trade hit a record 100 billion U.S. dollars, official data showed.

The two countries are not only deepening traditional cooperation in such areas as agriculture, electricity, mining and infrastructure, but also fostering new areas of growth in technological innovation and the digital economy.

Cultural and people-to-people exchanges have also been flourishing, for example, in sports, medicine and the arts. Ten Confucius Institutes have been established in Brazil, and the Latin American country has set up a national festival to celebrate every August the arrival of Chinese immigrants to Brazil.

The deepening China-Brazil partnership has transcended the bilateral scope, and serves as a positive force for promoting peace and prosperity in the region and across the world.

The China-Brazil relationship has set a model for the China-Latin America cooperation and South-South cooperation. The two countries have also worked together to uphold multilateralism, defend international norms, and address common global challenges such as climate change.

Looking into the future, in a world where uncertainties prevail, the two major developing countries have every good reason to join forces and work even closer together.

With the 11th BRICS summit to be held next month in Brasilia, the two countries should take the opportunity to push forward BRICS cooperation, especially in areas to be focused at the summit, ranging from science and technology innovation, digital economy, fighting cross-border crimes and funding to boost productivity.

With Bolsonaro's visit to China, the two countries are set to embark on a new journey to further develop their partnership as well as the China-Latin America cooperation, and help render the current global governance system more just and inclusive.