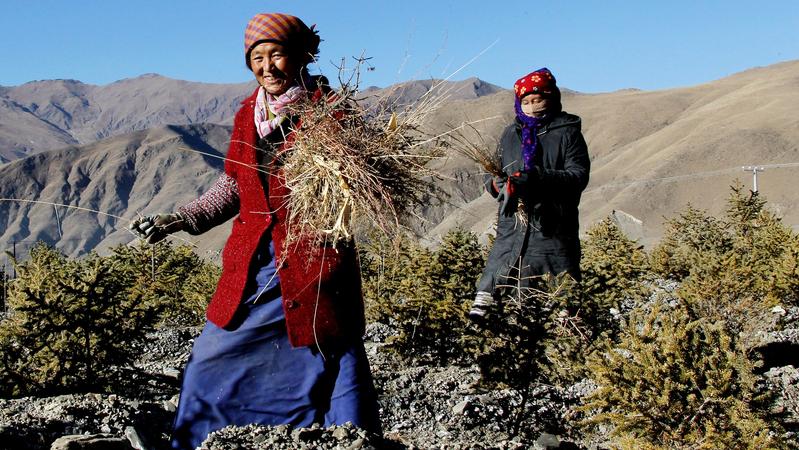 BEIJING – The 19th Communist Party of China (CPC) Central Committee on Tuesday announced a set of plans for the second round of its disciplinary inspections, which target poverty alleviation.

It marks the first time that the central leading group on disciplinary inspection has centered its inspections on a specific subject.

As the country aims to eradicate poverty by 2020, the inspections aim to serve as a guarantee of the victory against poverty.

The ground for this round of inspections was already laid by a guideline on the CPC Central Committee's three-year work plan on poverty elimination released earlier this year, which called for inspections specifically on poverty relief.

The CPC listed targeted poverty alleviation as one of the three major battles to fight in the process of building a moderately prosperous society. Such inspections are an approach to uphold the authority and centralized, unified leadership of the Party and an act to ensure further implementation of policies on poverty reduction.

Focusing the inspections on poverty alleviation also helps address the weak links already discovered in the previous round of inspections, such as the lack of accuracy of poverty-reducing measures, weak leadership, and graft.

Methods of this round of inspections were also customized and upgraded.

To be more comprehensive and better organized, the inspection teams will be deployed to 26 Party organizations at provincial-level regions, mostly in the central and western parts of China, central government departments related to poverty relief work and financial institutes, including Agricultural Bank of China and Agricultural Development Bank of China.

Specifically, inspectors will keep an eye on how the organizations implement the policies of the CPC Central Committee, how they fulfill their responsibilities, how the disciplinary inspection commissions and related departments supervise and monitor, and how the organizations deal with the problems discovered during the inspections.

Reports and materials from previous supervision and inspections from various departments have been gathered and examined for the inspectors to have a better understanding of major problems and work focuses in different regions and agencies.

According to the plans, combining the reports and materials with the new findings during the inspections, inspectors will re-examine and analyze the problems, further remind and urge those responsible for poverty reduction work and continue to build on the achievements made in the campaign.

All inspectors need to receive a week-long training program before work begins in order to better prepare for the inspection. Officials from more than 10 related departments will tutor the inspectors in specific policies in poverty alleviation work.

The inspectors were also warned against formalism and bureaucracy and to pay more attention to work methods and practical effects during the inspections.