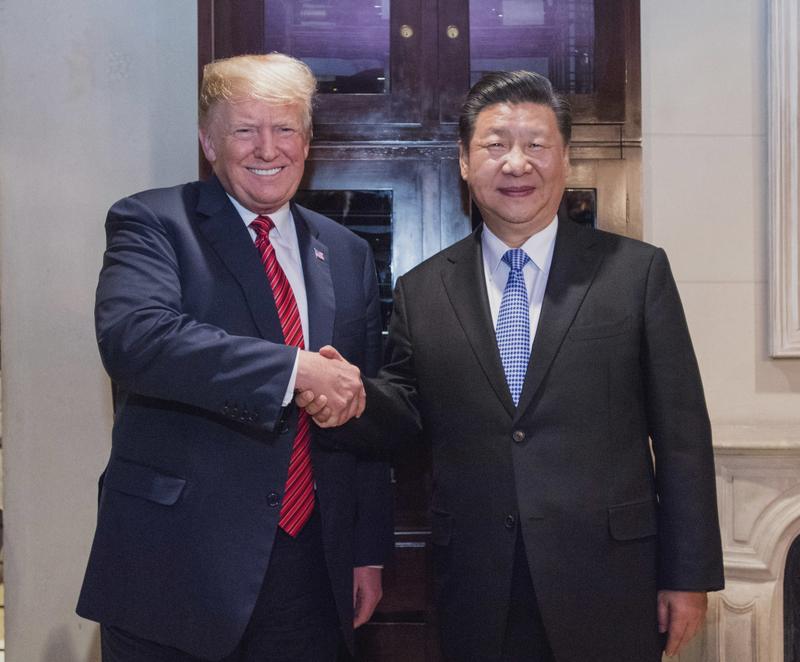 "In a friendly and candid atmosphere, the two presidents had profound discussions that have lasted for two and a half hours. The time was much longer than the schedule," Wang told reporters during a briefing on the leaders’ meeting after the Group of 20 (G20) summit in the Argentine capital, Buenos Aires.

Wang Yi said the two sides also agreed to open market to each other, adding that China will, in the process of its further opening-up, work to gradually resolve the legitimate US concerns

It was the first face-to-face meeting between the two leaders since Trump's China visit in November last year.

According to the Chinese foreign minister, the two presidents reached important common understanding and the meeting certainly has "charted the course for China-US relations in the some time to come."

The two countries shoulder increasing responsibilities for world peace and stability, and they have more common interests than differences, said Wang.

The two presidents agreed that the two countries "can and should" ensure success of China-US relations and that coordination, cooperation and stability should be the defining features of bilateral relations, said the Chinese official.

Wang said the two presidents agreed to keep up close contacts with each other through visits, meetings, telephone calls and correspondences to continue providing guidance for bilateral ties.

Xi and Trump agreed to "have further exchange of visits at an appropriate time," Wang said.

During their working dinner, the two leaders had very "positive and constructive" discussions over trade and economic issues and agreed not to impose additional tariffs. 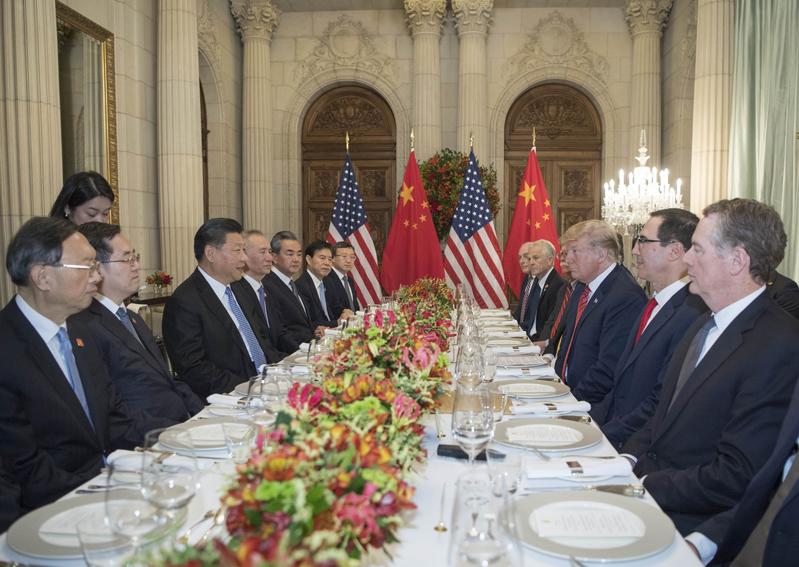 Chinese President Xi Jinping, third from left,  holds a meeting with his US counterpart, Donald Trump, thrid from right, after a Group of 20 (G20) summit, in Buenos Aires, Argentina, Dec 1, 2018. (LI XUEREN / XINHUA)

China will import more marketable products from the US in efforts to gradually ease imbalances in the two-way trade, said Wang.

The two sides also agreed to open market to each other, said Wang, adding that China will, in the process of its further opening-up, work to gradually resolve the legitimate US concerns.

Working teams on both sides will follow the guidance of the principled consensus reached between the two leaders, and step up negotiations toward the removal of all additional tariffs so as to reach a mutually-beneficial agreement at an early date.

The important consensus reached at the meeting not only effectively stopped further escalation of trade tensions, but also opened up new prospects for win-win cooperation between the two countries, said Wang.

Results achieved at the meeting will not only benefit the two countries and the two peoples, but also be conducive to the global economy's stable growth, he said. 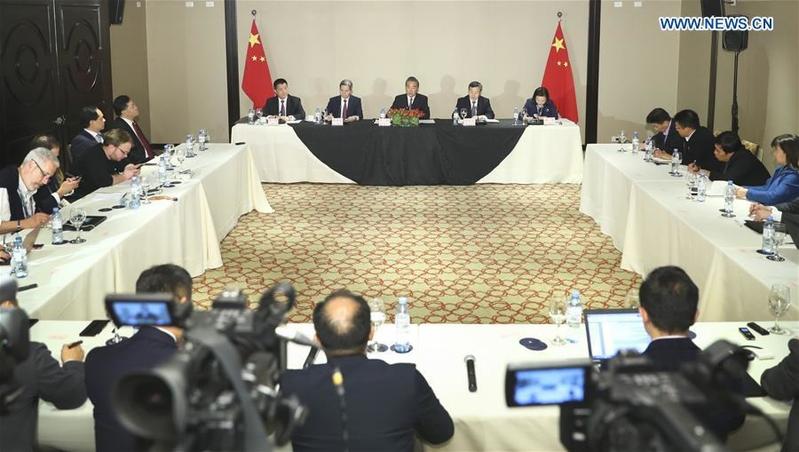 Chinese State Councilor and Foreign Minister Wang Yi, center, speaks at a press briefing on the meeting between the Chinese and US leaders in Buenos Aires, Argentina, Dec 1, 2018. (XIE HUANCHI / XINHUA)

During the meeting, the Chinese side also reiterated its stance on the Taiwan issue and the US side said it will continue to adhere to the one-China policy.