Children wait under a tent for food distribution by the World Food Program (WFP) in Bukavu, Democratic Republic of Congo, 26 November 1999. The United Nations Children's Fund said on Dec 12, 2017 severe acute malnutrition could claim the lives of more than 400,000 children under the age of five in the Democratic Republic of the Congo's volatile Kasai region. (HO / WORLD FOOD PROGRAM / AFP)

UNITED NATIONS -- Severe acute malnutrition could claim the lives of more than 400,000 children under the age of five in the Democratic Republic of Congo's volatile Kasai region, the United Nations Children's Fund (UNICEF) said Tuesday.

"This nutrition crisis and food insecurity in the Kasai region follows the displacement of thousands of families who have been living for months in very harsh conditions," said Tajudeen Oyewale, the acting head of UNICEF in the African nation, in a news release underlining the scale of the catastrophe.

According to estimates, at least 750,000 children across the Kasai region are acutely malnourished and some 25 health zones are in a situation of nutritional crisis, a state when the severely malnourished has exceeded emergency thresholds.

READ MORE: WHO: Over 500 dead as Congo cholera epidemic spreads

The dire situation is primarily the result of over 18 months of insecurity and violence that has resulted in displacement of over 1.4 million and has severely reduced agricultural production with some two-thirds of households not to work their land to grow crops.

The level of food insecurity is not expected to improve before June next year as the planting seasons for crops which would have been harvested by then has already been lost.

Making matters much worse is the "devastation" of health facilities, according to UNICEF.

Approximately 220 health centers have been destroyed, looted or damaged, access to treatment for communicable diseases as well as care for the children severely malnourished extremely difficult. 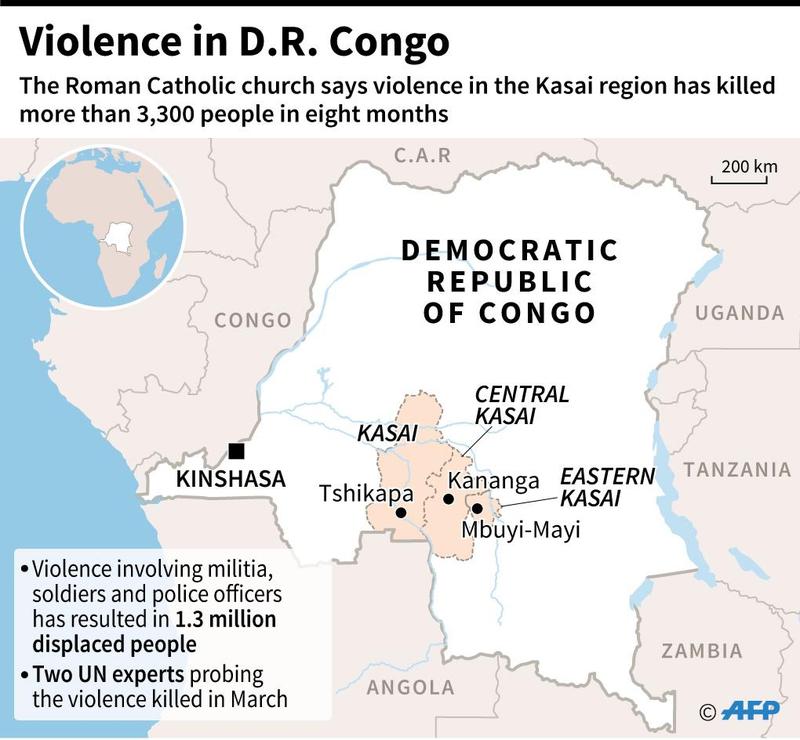 An AFP graphic showing a map locating Kasai provinces in Democratic Republic of Congo, with figures relating to the violence there.

In response to the crisis, UNICEF and partners provided therapeutic nutritional care to more than 50,000 children aged between 6-59 months in the region this year. However, lack of resources has severely impacted aid delivery.

With just days remaining in the year, the UN agency has received a mere 15 percent of the funds it required for 2017.