Report: Erdogan to discuss Syria with Putin in Moscow 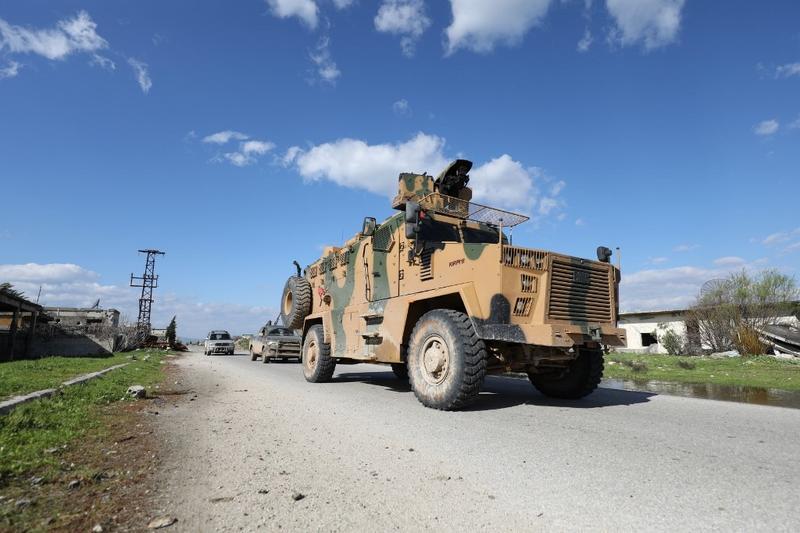 A Turkish military vehicle drives on a patrol along a road in a de-militarised zone in the northwestern countryside of Hama province, Syria on March 17, 2019. (OMAR HAJ KADOUR / AFP)

Erdogan has vowed to crush US-backed Kurdish fighters east of the Euphrates in Syria and said last year that preparations were complete for an operation.

Turkey, Washington's main Muslim ally within NATO, considers Syria's YPG Kurdish militia an enemy and has already intervened to sweep the fighters from territory west of the Euphrates in military campaigns over the past two years.

"Our preparations on the border are finished, everything is ready for an operation. We can begin it at any moment. I will discuss this issue among others face-to-face (with Putin) on my visit to Russia," Erdogan was cited as saying.