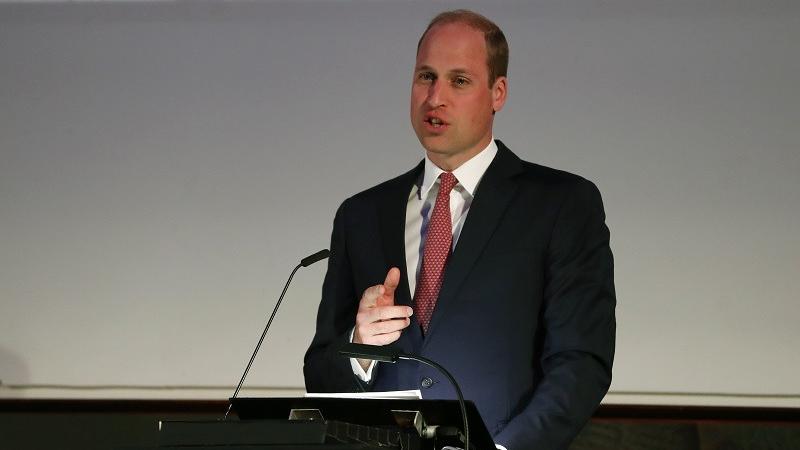 Britain's Prince William speaks during a joint meeting of the United for Wildlife task forces for the financial and transport sector to combat illegal wildlife trade, at the Royal Geographical Society in London, May 14, 2019. (ALASTAIR GRANT, POOL / AP PHOTO)

The "Heads Up" initiative is a partnership between the English Football Association and Heads Together, the campaign spearheaded by William's Royal Foundation.

Speaking at Wembley Stadium, William says men find it difficult to talk about their mental fitness because "emotions, feelings, are kind of like a bit alien over here."

William, who is president of the FA, called the silence around men's mental health a "crisis" and encouraged soccer fans to ask about their friends as they would if they had "broke an arm or an ankle."

William and his wife, Kate, have lobbied for better treatment of mental-health issues.