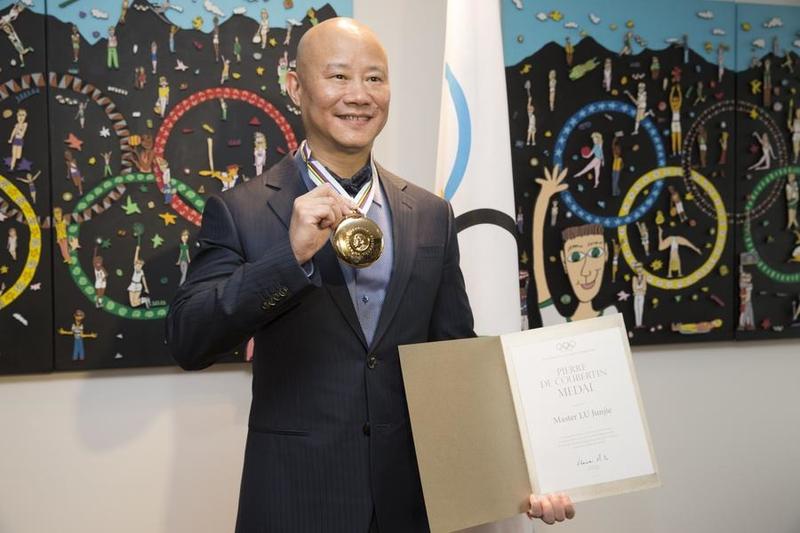 The medal was inaugurated in 1964 and named in honor of Pierre de Coubertin, founder of the International Olympic Committee (IOC).

Zisha is a type of clay that has been used in Chinese pottery since the Ming dynasty. The finished stoneware is used for teaware and other small items, and is usually unglazed and red or brown in color. Lv earned recognition from the IOC because of his work using Zisha to spread the Olympic spirit.

"It's my first time stepping into the IOC headquarters," Lv said. "It has nothing to do with me, that this traditional art of Zisha can receive such recognition from IOC. It is because of the uniqueness and enduring spirit of Chinese culture," he added.