A look at the Islamic State affiliate's rise in Afghanistan 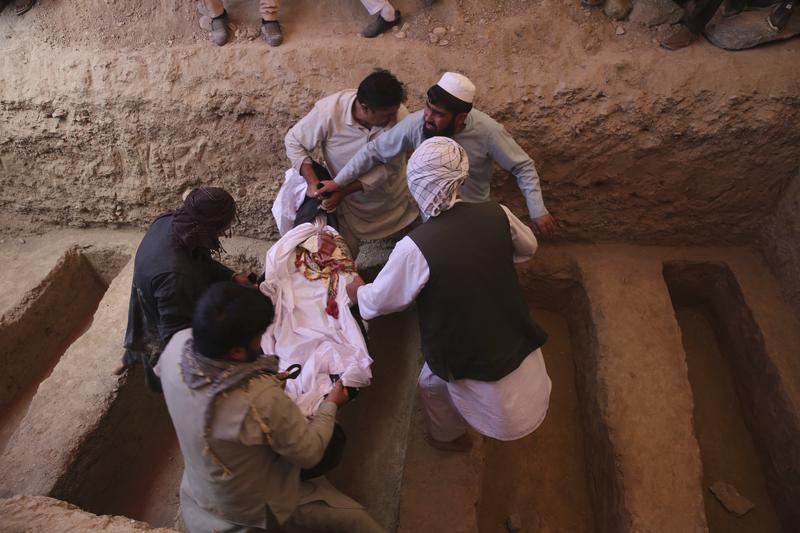 Afghans carry the body of a victim of the Dubai City wedding hall bombing during a mass funeral in Kabul, Afghanistan, Aug 18, 2019. (RAFIQ MAQBOOL / AP)

KABUL, Afghanistan — A suicide bombing at a wedding party in Kabul claimed by a local Islamic State affiliate has renewed fears about the growing threat posed by its thousands of fighters, as well as their ability to plot global attacks from a stronghold in the forbidding mountains of northeastern Afghanistan.

In recent months the Taliban have said they have no ambitions to monopolize power in a post-war Afghanistan, while IS is committed to overthrowing the Kabul govt on its path to establishing a global caliphate

The attack came as the Taliban appear to be nearing a deal with the US to end nearly 18 years of fighting. Now Washington hopes the Taliban can help rein in IS fighters, even as some worry that Taliban fighters, disenchanted by a peace deal, could join IS.

The US envoy in talks with the Taliban, Zalmay Khalilzad, says the peace process must be accelerated to put Afghanistan in a "much stronger position to defeat" the Islamic State affiliate.

Here's a look at IS in Afghanistan, a militant group some US officials have said could pose a greater threat to America than the more established Taliban:

A 'province' of the caliphate

The Islamic State affiliate appeared in Afghanistan shortly after the group's core fighters swept across Syria and Iraq in 2014, carving out a self-styled caliphate, or Islamic empire, in around a third of both countries. The Afghan affiliate refers to itself as the Khorasan Province, a name applied to parts of Afghanistan, Iran and Central Asia during the Middle Ages.

Despite IS' defeat in its Iraqi and Syrian heartlands, the extremist group has reverted to staging frequent insurgency-type attacks in both countries against security forces and civilians.

In a report to the United Nations Security Council earlier this month, UN Secretary-General Antonio Guterres said IS has been left with as much as US$300 million following the loss of its so-called caliphate, "with none of the financial demands of controlling territory and population." He warned that the lull in IS-directed international attacks "may be temporary" and said Afghanistan remains the best-established conflict zone among those attracting foreign extremist fighters from within the region. 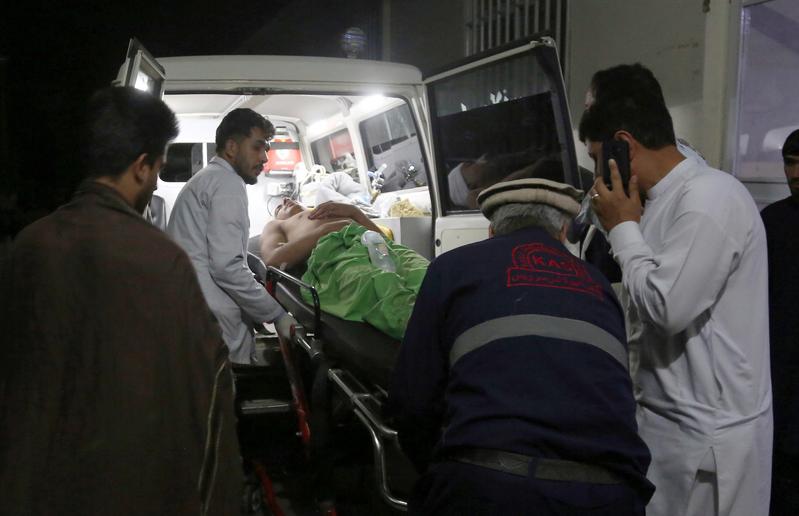 A wounded man is carried to a hospital after an explosion at wedding hall in Kabul, Afghanistan, Aug18, 2019. (NISHANUDDIN KHAN / AP)

The IS affiliate in Afghanistan initially numbered just a few dozen fighters, mainly Pakistani Taliban driven from their bases across the border and disgruntled Afghan Taliban attracted to IS' more extreme ideology.

While the Taliban have confined their struggle to Afghanistan, the IS militants pledged allegiance to Abu Bakr al-Baghdadi, the reclusive leader of the group in the Middle East, and embraced his call for a worldwide jihad against non-Muslims.

The Afghan affiliate suffered some early setbacks as its leaders were picked off by US airstrikes. But it received a major boost when the Islamic Movement of Uzbekistan joined its ranks in 2015. Today, the UN says it numbers between 2,500 and 4,000 fighters, many from Central Asia but also from Arab countries, Chechnya, India and Bangladesh.

Within Afghanistan, IS has launched large-scale attacks on minority Shi'ites, who it views as apostates deserving of death. The group said Saturday's attack on the wedding targeted a large Shi'ite gathering, although the celebration was in fact a mixed crowd of Shi'ites and Sunnis, according to the event hall's owner, Hussain Ali. The bombing killed at least 63 people and wounded nearly 200 more.

IS is seen as an even greater threat than the Taliban because of its increasingly sophisticated military capabilities and its strategy of targeting civilians, both in Afghanistan and abroad.

Bruce Hoffman, director of the Center for Security Studies at Georgetown University, sees Afghanistan as a possible new base for IS. It has invested "a disproportionate amount of attention and resources in Afghanistan," he said earlier this year, pointing to "huge arms stockpiling" in the country's east. 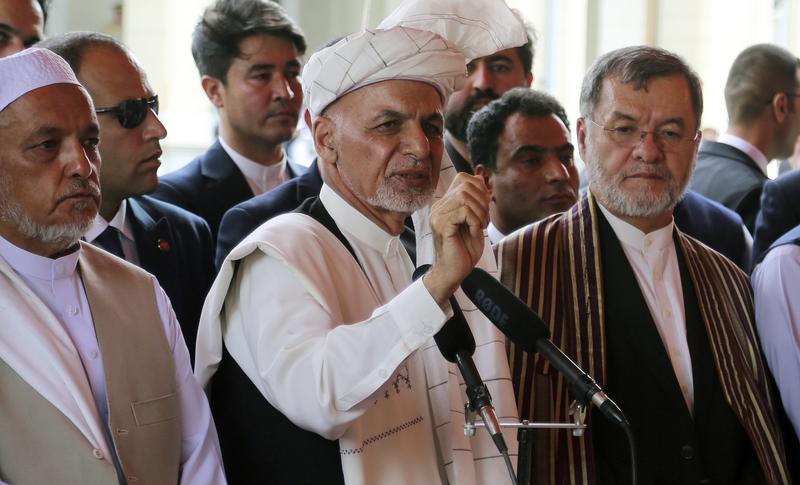 Authorities have made at least eight arrests in the United States linked to the IS affiliate in Afghanistan. One was Martin Azizi-Yarand, the 18-year-old Texan who plotted a 2018 attack on a suburban mall and who said he was inspired by IS and was preparing to join the affiliate.

The group's brutal tactics have been on vivid display inside Afghanistan for years. Residents who fled areas captured by the group describe a reign of terror not unlike the one seen in Syria and Iraq at the height of IS's power.

The Afghan affiliate has been based in eastern Nangarhar province, a rugged region along the border with Pakistan, but it also has a strong presence in northern Afghanistan and has of late expanded into neighboring Kunar province, where it could prove even harder to dislodge. The mountainous province provided shelter for al-Qaida leader Osama bin Laden for nearly a year following the Taliban's ouster from power in late 2001, and US forces struggled for years to capture and hold high-altitude outposts there.

Turning to the Taliban

In recent months the Taliban have said they have no ambitions to monopolize power in a post-war Afghanistan, while IS is committed to overthrowing the Kabul government on its path to establishing a global caliphate.

The Taliban and IS are sharply divided over ideology and tactics, with the Taliban largely confining their attacks to government targets and Afghan and international security forces. The Taliban and IS have fought each other on a number of occasions, and the Taliban are still the larger and more imposing force. They're currently at their strongest since the US-led invasion in 2001, and effectively control half the country. 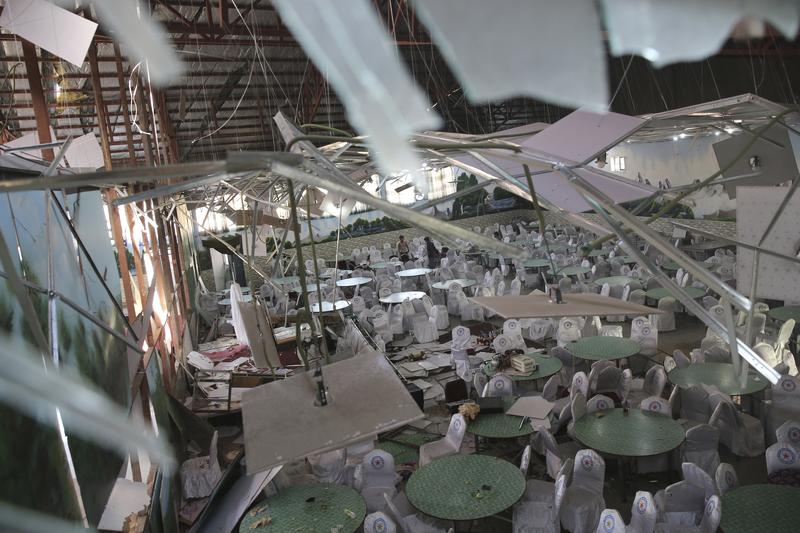 Khalilzad, the US envoy, has held several rounds of talks with the Taliban in recent months in a bid to end America's longest war. The two sides appear to be closing in on an agreement in which the US would withdraw its forces in return for a pledge from the Taliban to keep the country from being used as a launch pad for global attacks.

But a deal could prompt an exodus of more radical Taliban fighters to join IS. That process is already underway in parts of northern and eastern Afghanistan, where the Taliban have attacked IS only to lose territory and fighters to the rival extremist group.