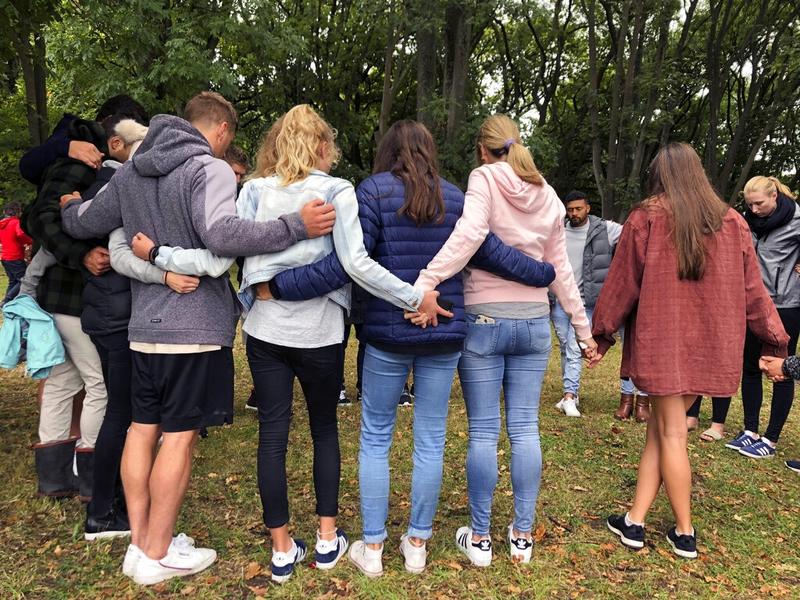 CHRISTCHURCH/DHAKA, Bangladesh — Anguished relatives were anxiously waiting Sunday for authorities to release the remains of thosewho were killed in massacres at two mosques in the New Zealand city of Christchurch, while police announced the death toll from the racist attacks had risen to 50.

Islamic law calls for bodies to be cleansed and buried as soon as possible after death, usually within 24 hours. But two days after the worst terrorist attack in the country's modern history, relatives remained unsure when they would be able to bury their loved ones.

Police Commissioner Mike Bush said police were working with pathologists and coroners to release the bodies as soon as they could.

Police said they had released a preliminary list of the victims to families, which has helped give closure to some relatives who were waiting for any news

"We have to be absolutely clear on the cause of death and confirm their identity before that can happen," he said. "But we are so aware of the cultural and religious needs. So we are doing that as quickly and as sensitively as possible."

Prime Minister Jacinda Ardern said a small number of bodies would start being released to families Sunday evening, and authorities hoped to release all the bodies by Wednesday.

Police said they had released a preliminary list of the victims to families, which has helped give closure to some relatives who were waiting for any news.

The scale of the tragedy and the task still ahead became clear as supporters arrived from across the country to help with the burial rituals in Christchurch and authorities sent in backhoes to dig new graves in a Muslim burial area that was newly fenced off and blocked from view with white netting.

The suspect in the shootings, 28-year-old white supremacist Brenton Harrison Tarrant, appeared in court Saturday amid strict security, shackled and wearing all-white prison garb, and showed no emotion when the judge read him one murder charge and said more would likely follow.

Tarrant, the suspect, had posted a jumbled 74-page anti-immigrant manifesto online before the attacks and apparently used a helmet-mounted camera to broadcast live video of the slaughter.

Ardern said the gunman had sent the manifesto to her office email about nine minutes before the attacks, although she hadn't gotten the email directly herself. She said her office was one of about 30 recipients and had forwarded the email to Parliamentary security within a couple of minutes of receiving it.

Bush said at a news conference Sunday that they found another body at Al Noor mosque as they finished removing the victims, bringing the number of people killed there to 42. Another seven people were killed at Linwood mosque and one more person died later at Christchurch Hospital.

Another 34 victims remained at Christchurch Hospital, where officials said 12 were in critical condition. And a 4-year-old girl at a children's hospital in Auckland was also listed as critical.

People across New Zealand were still trying to come to terms with the massacre that Prime Minister Jacinda Ardern described as "one of New Zealand's darkest days."

A steady stream of mourners arrived at a makeshift memorial outside the Al Noor mosque, where hundreds of flowers lay piled amid candles, balloons and notes of grief and love. As a light rain fell, people clutched each other and wept quietly.

The gunman livestreamed 17 minutes of the rampage at the Al Noor mosque, where he sprayed worshippers with bullets. Facebook, Twitter and Google scrambled to take down the video, which was widely available on social media for hours after the bloodbath. 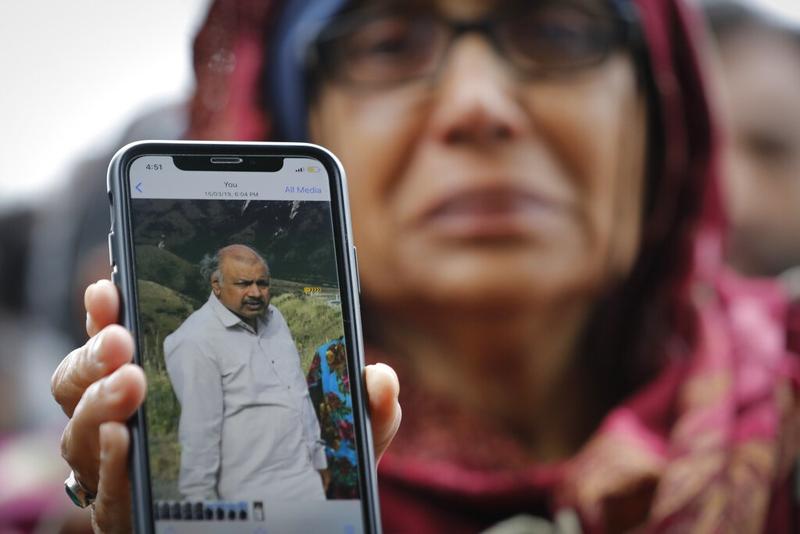 Akhtar Khokhur, 58, shows a picture of her missing husband Mehaboobbhai Khokhar during an interview outside an information center for families, March 16, 2019, in Christchurch, New Zealand. (VINCENT THIAN / AP)

The second attack took place at the Linwood mosque about 5 kilometers away.

Ardern has said Tarrant was a licensed gun owner who bought the five guns used in the crimes legally.

Ardern reiterated her promise that there will be changes to the country's gun laws in a news conference Sunday, saying her Cabinet will discuss the policy details on Monday.

Arden used some of her strongest language yet about gun control, saying that laws need to change and "they will change."

Bangladesh's cricket team arrived home on Saturday after its tour of New Zealand was abandoned following the Christchurch mosque shootings.

A bus carrying members of the Bangladesh squad had just driven into a street near one of the mosques when the shooting started. Players and support staff had planned to pray at the mosque before continuing on to the Hagley Oval ground where it was due to play the third test.

The match, which was due to start on Saturday, was cancelled.

"We had a sleepless night after the incident," said the team's stand-in captain Mahmudullah. "We are lucky to escape and can't imagine what would have happened had we entered the mosque just five minutes earlier. Thanks to the BCB (Bangladesh Cricket Board) for bringing us back to the country very quickly."

BCB president Nazmul Hassan said: "The players are still in a traumatic state. It will take time for them to recover."

Bangladesh was whitewashed by New Zealand in the three-match series of one-day internationals and also lost the first two tests.