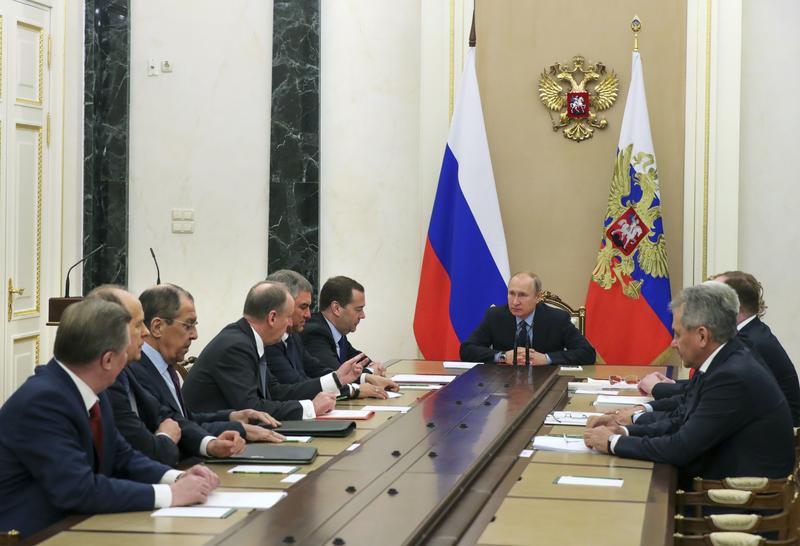 MOSCOW — The Kremlin on Wednesday called the recent package of acts passed by the US House of Representatives "Russophobic" and warned that the anti-Russian mood in US policy will increase as its next presidential election approaches.

"This indicates a continued, very unfriendly and rampant Russophobic trend. This is a continuation of emotional exaltation," Kremlin spokesman Dmitry Peskov told reporters, commenting on the acts.

He said that the US lawmakers are driven by emotions, which do not allow them to soberly assess the situation and demonstrate at least some political will to take actions which meet the interests of the two countries in the best way.

Any expert in the recent history of the United States can easily predict that as the country approaches its presidential election, the intensity of Russophobia will only increase as it has always been used as an electoral tool in the United States, Peskov said.

The US House of Representatives on Tuesday passed three bills and one resolution targeting Russia.

One bill bans the US government from recognizing Russia's sovereignty over Crimea, which was incorporated into Russia in March 2014 following a local referendum.

Another bill, the Vladimir Putin Transparency Act, demands an investigation into the wealth of the Russian president.

The resolution passed by the US House of Representatives, which was named "Calling for Accountability and Justice for the Assassination of Boris Nemtsov," urges a new investigation into the murder of the Russian opposition leader in 2015 and bringing the perpetrators to trial.

The next US presidential election is scheduled to take place in 2020.