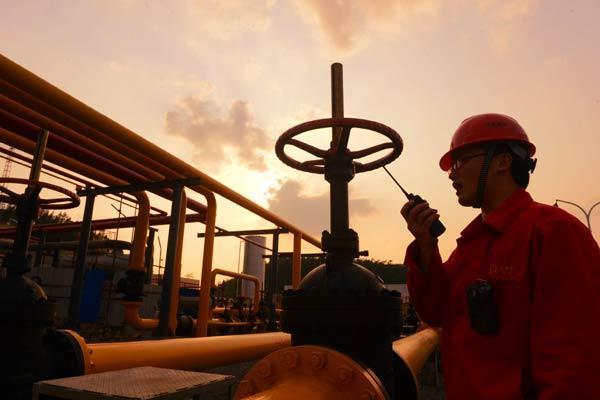 China and Europe are recasting growth outlooks for the global liquefied natural gas market, with analysts seeing larger-than-expected consumption and a quicker arrival of a supply shortfall.

Global demand rose 12 percent last year to 290 million tons, spurred on by a 46 percent increase in China and an 18 percent boost in Europe

Annual worldwide LNG demand will rise to 579 million metric tons by 2030, according to analysts at Sanford C. Bernstein & Co., a 9.2 percent increase from their previous forecast.

Faster consumption growth will eat through a global supply glut sometime between 2021 and 2023, two years earlier than a forecast made as recently as six months ago, according to Citigroup Inc.

“LNG demand growth is back,” Bernstein analysts including Neil Beveridge said in a note Monday. “LNG is a highly cyclical industry. It always has been in the past and it always will be. After a period of oversupply, we are emerging into the next market tightening cycle.”

Global demand rose 12 percent last year to 290 million tons, spurred on by a 46 percent increase in China and an 18 percent boost in Europe, according to Bernstein.

There’s opportunity for more growth in Europe, as domestic supplies are expected to decline, while pipeline imports are near maximum capacity and future expansions are in question because of geopolitical concerns. The region’s LNG needs could rise to 80 million tons in 2020 and 100 million in 2030, from 67 million this year, it said.

China’s growth is being powered by government policies promoting cleaner-burning gas over coal, although a colder winter and unexpected pipeline import disruptions added to last year’s increase, Citigroup analysts including Dale Koenders said in an April 13 note. Demand in the country could grow to 80 million tons a year by 2030 from less than 40 million last year, but a lack of pipeline and storage infrastructure could limit that to 50 to 60 million tons.

Japan, the world’s largest LNG buyer, will need more of the super-chilled fuel for power generation in the future than previously expected because the country will struggle to reach its nuclear power goals, Koenders said. Limiting nuclear reactor life to a maximum of 40 years will make restarts economically unfeasible for all but 10 to 12 plants by 2020, he said.

The next investment cycle in new LNG production should begin in 2018 or 2019, with 200 million tons a year needing to be approved between now and 2025 to keep markets supplied through 2030, Beveridge said. The US, Qatar and Papua New Guinea are best-positioned to develop projects to meed that need.

“While buyers believe that they are holding the upper hand in a market which appears gas long, we believe that they continue to overestimate new supply growth and underestimate demand,” Beveridge said. “This will result in a new scramble of LNG supply from 2018-2019.”