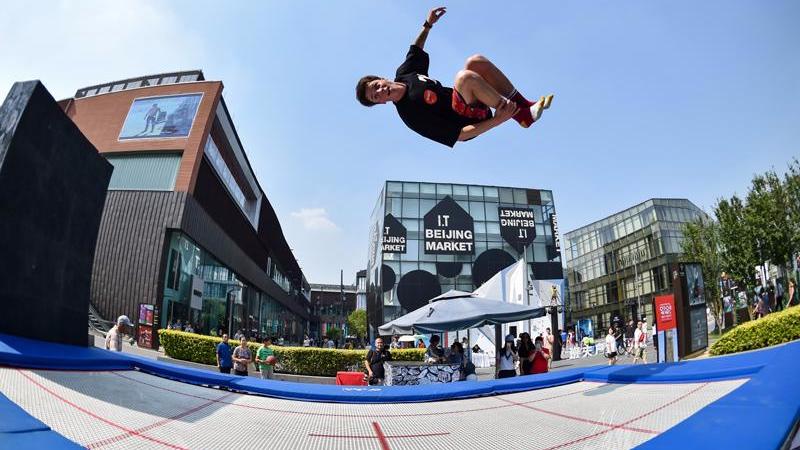 An outdoor sports enthusiast tests the trampoline at the Banff China film festival on May 20 in Beijing. (Photo provided to China Daily)

When Qian Haiying first introduced Canada's Banff Mountain Film Festival to China in 2010, it was initially out of her interest in outdoor sports. She and her team - mainly three members - were seeking funding and a chance to develop their fan base.

Ultimately, Qian quit her job as a marketing executive in IBM and devoted herself to the founding of Banff China, a film festival that aims to promote outdoor and nature documentaries in the country.

When I was fresh in outdoor sports, China had not taken up that craze, and I often learned about outdoor sport ideas and skills from foreign countries

Banff China has grown rapidly over the past seven years. This year's festival will launch its tour in Beijing on June 24 and then go to Shanghai, Guangzhou, Shenzhen and Chengdu.

The festival not only promotes mountain culture, but also covers diving, running and skiing.

The festival that runs through September has hosted a series of seminars, lectures and training programs since May. All activities aim to give people more understanding of the fun of outdoor sports and related lifestyle, Qian says.

"When I was fresh in outdoor sports, China had not taken up that craze, and I often learned about outdoor sport ideas and skills from foreign countries," the 43-year-old recalls.

Regarded as the "Oscars of outdoor sports", the Banff Mountain Film Festival was launched by two renowned climbers, John Amati and Chic Scott, in the Canadian town of Banff in 1975.

As an international film competition and an annual presentation of short films and documentaries about mountain culture, sports and environment, it has become a popular gathering of outdoors enthusiasts, including sports fans, adventurers, photographers, filmmakers and environmentalists from around the world.

As an enthusiast of marathons, diving, skiing and skydiving, Qian first attended the Banff Mountain Film Festival in Canada in 2009. There was no such kind of event in her homeland, and Qian came up with the idea to bring the festival to China.

Qian says the festival is growing as enthusiasm for outdoor sports grows. 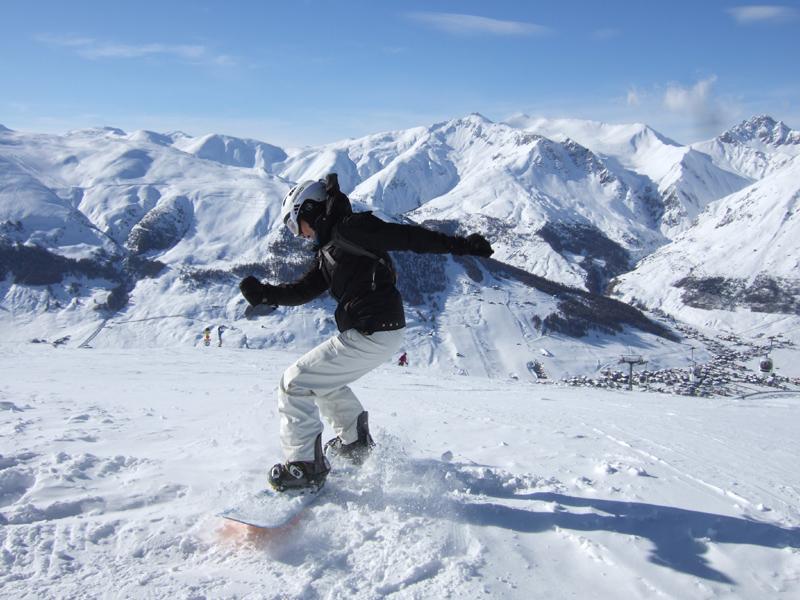 Qian Haiying, founder of the Banff China film festival that promotes outdoor and nature documentaries, is herself a fan of outdoor sports－diving, running and skiing. (Photos provided to China Daily)

A light show titled LightAnimal has been incorporated this year, showcasing the possibilities of education about animals in a spectacular way.

LightAnimal is a digital exhibition providing virtual encounters with any animal species. Its moving images can be shown in any kind of venue, small or large, and it is interactive.

"LightAnimal can show and explain the animals' behavior in a way that would be impossible to see in a captive environment. LightAnimal creatures are also interactive, which means that they can perceive and react to members of the audience who stand in front of the screen," says Haruyoshi Kawai, director and animator of the LightAnimal project team.

"Above all, it has no impact on animals in the wild because it is virtual. People can enjoy watching the virtual creations, and simply look and learn," Qian says.

"This year, we have brought LightAnimal to Beijing, hoping more people, children in particular, can discover the mystery of the ocean," she adds. 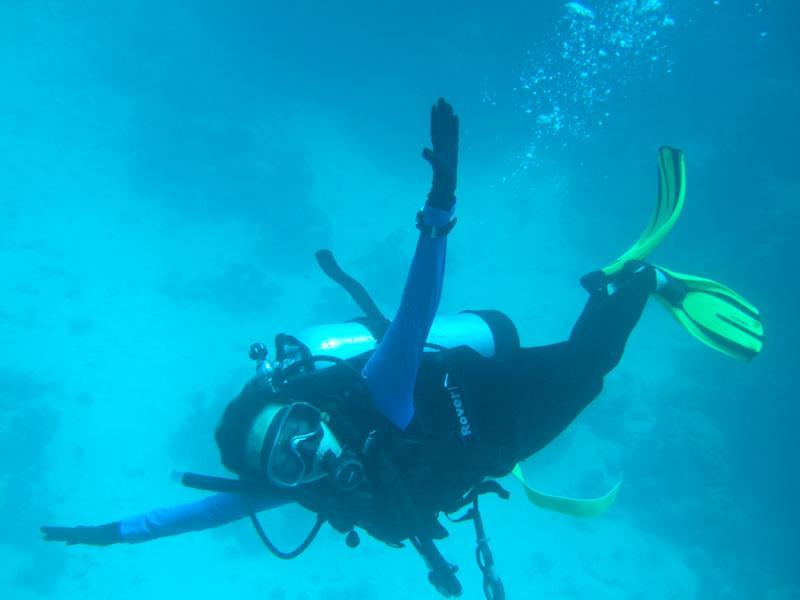 Qian Haiying, founder of the Banff China film festival that promotes outdoor and nature documentaries, is herself a fan of outdoor sports－diving, running and skiing. (Photos provided to China Daily)

She was sad about the whale and determined to do something for marine creatures.

In this year's film festival, she proposed an environmental initiative, "Say No to Plastic".

"Each time I have gone diving with my teammates, I have witnessed the terrible impact of plastic on the whole ocean and living creatures," Qian explains.

"The plastic can be broken into extremely tiny parts. Some of them will go into the bodies of maritime creatures while others, mixed with sea salt, will be consumed by us humans again."

"The environmental problems are not far away from us. Instead, they are so close to our modern life that we barely notice them," Qian says.

Meanwhile, a training program to encourage more talent to go into outdoor sports documentary shooting will be launched at this year's film festival.

"We have done a survey that shows our main audience is between 25 to 45 years old. Passionate and energetic, college students are the main force of the targeted group. And we hope the training program will let more young people know about us," Qian says.

Before entering the universities, many college students are under huge academic pressure, which leaves them little time to think about their lives. "But everything changes after living in an ivory tower, and they gradually get to know society. Faced with many choices, they can decide themselves who they really want to be," she says.

"Developing the hobby of outdoor sports is a pretty good choice. They can make new friends, develop a healthy lifestyle and get closer to nature."

The training program will start at Beijing's Peking University and be promoted at other universities in the future.