When the radical protesters in Hong Kong viciously attack those who oppose their views and law enforcers trying to maintain public order, as well as anyone they believe to be from the Chinese mainland, they seem willing to justify their descent into the depths of inhumanity by convincing themselves they are fighting the good fight for what is right.

Wishfully believing that their behavior carries the torch of "revolution", they are prepared to let the city and its law-abiding residents pay any price for their unshakable conviction that only they hold the key to the city's future

History shows how such thinking leads to mob rule. The rioters in Hong Kong are not immune from the evil born of hubris. Wishfully believing that their behavior carries the torch of "revolution", they are prepared to let the city and its law-abiding residents pay any price for their unshakable conviction that only they hold the key to the city's future.

Unfortunately, their faith in the purity of their cause stems purely from their misjudgment of both the situation and their misguided ambition.

An important reason that the government of the special administrative region has exercised such great restraint in dealing with their public disorder is not because it is reflecting on to what extent it can meet their demands, but because it still believes that most of the rioters, who are young people, are still corrigible, as they are not terrorists or extremists. 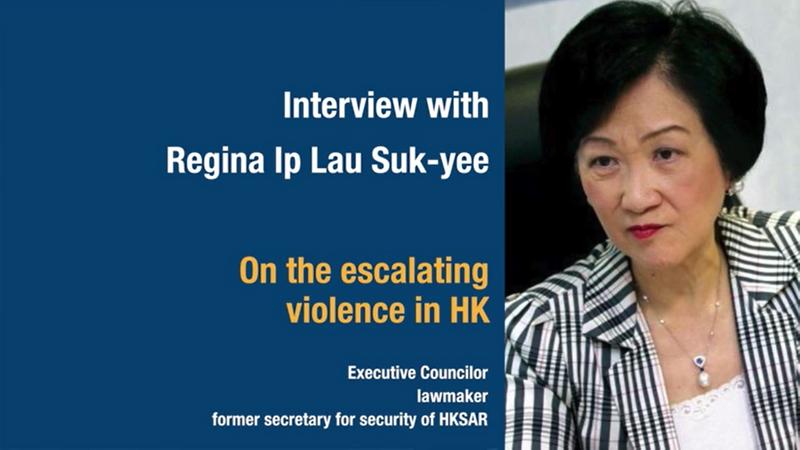 Although terrorizing law-abiding residents seems to be a key part of the campaign, the SAR government hopes that the majority of rioters will come to their senses and realize that violence and destruction are not freedom of expression but a prison of oppression for ordinary residents who fear to walk the streets or use public transport.

It should not take deaths and injury to remind the angry youth of Hong Kong that by violently taking to the streets in the mistaken belief they are fighting for a "better future of the city", they are in danger of ruining its future.

For as Hong Kong's development since its return to the motherland in 1997 indicates, especially its quick recovery from the 1998 Asian financial crisis and 2008 global financial crisis, it is the central government's support to the city and determination to keep it stable and prosperous that have granted it a privileged position within the country.

The real key to Hong Kong's future is how well it can integrate with the mainland's development. The plan for the Guangdong-Hong Kong-Macao Greater Bay Area, which the central government has customized for the region, offers a blueprint for the future that the rioters should recognize is an inevitable choice for Hong Kong if it wants to maintain its standing as a world city.

The young protesters reveling in their hormone-fuelled "rebellion" should be aware that the anarchical state they are intent on creating will not come to fruition. For it is foolish and naive to believe that Hong Kong would be better off by eliminating all mainland factors. Particularly, since the mainland is the main source of fresh water, electricity and the largest supplier of food to the city.

To divorce the city from the country is a line they will not be able to cross, no matter what encouragement they receive for their mission.