Year of Pig bodes well for having babies 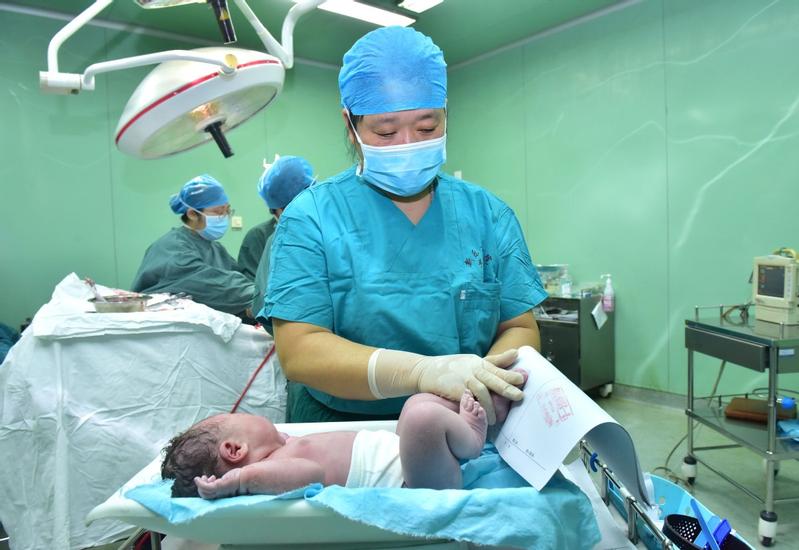 A nurse stamps a newborn's footprints on a piece of paper at a hospital in Xinle, Hebei province, in March, 2019.  (JIA MINJIE / CHINA DAILY)

A rebound in births may occur in China this year because of a favorable attitude toward having a baby in the Year of the Pig, according to doctors and population experts.

"It is almost certain the number of births this year will be higher. Traditionally, population peaks occur during the Year of the Pig," said Xu Congjian, president of Obstetrics and Gynecology Hospital at Fudan University, in Shanghai. "Some of my acquaintances started to talk about having a baby in the Year of the Pig a few years ago."

A traditional belief exists in many areas of China that the pig symbolizes wealth and productivity, and a baby in that year will have good luck

A traditional belief exists in many areas of China that the pig symbolizes wealth and productivity, and a baby in that year will have good luck.

Yan Songbiao, president of Beijing Obstetrics and Gynecology Hospital, said that, based on his own observations, the lunar calendar plays an important role in some couples' plans to have a baby.

"In 2014, which is the Year of Horse, an animal favored by Chinese, 17,250 babies were born in the hospital, the highest number recorded in the past 60 years," he said. "But the following year, which was the Year of the Goat, the number fell to around 12,000."

The hospital has established clinics for pregnant women at higher risk, such as those who are older, and it has improved its computerized registration systems so patients can make appointments with doctors more easily, Yan said.

Births on the Chinese mainland have declined two years in a row, despite the relaxation of the family planning policy in 2016 that allowed all couples to have two children, a policy adjustment meant to ease problems such as a rapidly aging population and dwindling workforce.

Many population experts, including Zhai Zhenwu, president of the China Population Association, believe the number of births will continue to decrease in China because there are ever fewer women of childbearing age, combined with a lack of willingness among the younger generation to have children.