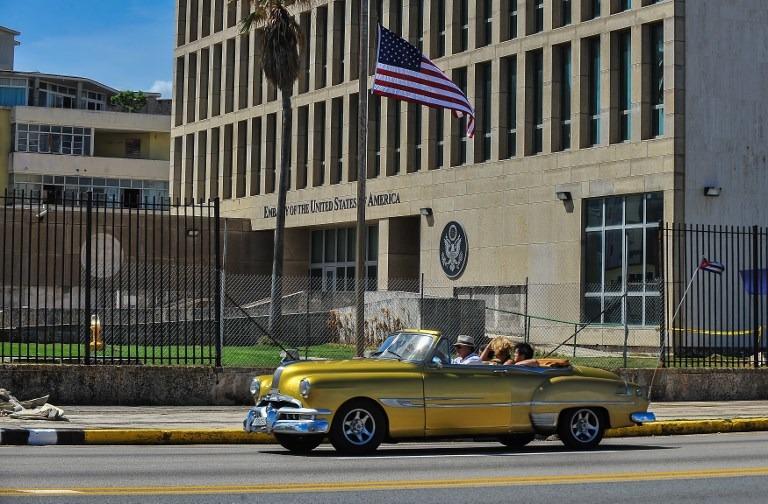 HAVANA — Cuba denounced the Trump administration on Thursday for continuing to refer to health incidents among their diplomats in Havana as "attacks" without presenting any evidence, saying it was part of a broader campaign to damage bilateral relations.

Cuban-US relations have nosedived since Trump became president, tightening the decades-old trade and travel embargo on Cuba once more

Both Canada and the United States have cut back their embassies in Havana to skeletal staffing after diplomats there began complaining about mysterious bouts of dizziness, headaches and nausea two years ago.

Yet while Republican US President Donald Trump's administration, which has vowed to unravel the detente with Cuba started by his Democratic predecessor Barack Obama, was quick to label the incidents "attacks," Canada has not.

A Canadian government official said in January that Cuban officials appeared as frustrated as Canadian ones over not being able to determine a cause.

"The topic has been highly manipulated politically by the US government, with unfounded accusations, that have been a pretext to take measures against bilateral relations," the Foreign Ministry's director of US affairs, Carlos Fernandez de Cossio told a news conference in Havana.

ALSO READ: US, Cuba to meet on mystery 'health attacks' in Havana

Cuban-US relations have nosedived since Trump became president, tightening the decades-old trade and travel embargo on Cuba once more. Over the past year, he has staffed his administration with officials with long pasts of denouncing Cuban communism.

Last month, he vowed the days of socialism and communism in Cuba, Venezuela and Nicaragua were numbered.

"This manipulation is also serving those who want to reinforce the idea Cuba is a threat and those who opportunistically look to catalog Cuba as a country that sponsors terrorism," Fernandez de Cossio said.

While Cuba did not doubt some diplomats had fallen ill, so far there was nothing to suggest this had not been due to a pre-existing condition, natural causes or even psychological suggestion, he said.

The relative lack of US authorities' cooperation with Cuba on its investigation into the incidents did not tally with the concern it alleged, he added.

By contrast, cooperation with Canada had been much better, he said. "Canada did not make accusations towards Cuba regarding attacks; Canadian politicians have not come out threatening us or making irresponsible declarations," said Fernandez de Cossio.

The Cuban government criticized Canada's decision in January to cut the number of diplomatic staff in Cuba by up to half after another person fell ill, bringing the total of Canadians suffering unexplained symptoms to 14.

It said the move would not help solve the mystery and would hurt bilateral relations.

However Fernandez de Cossio said cooperation was satisfactory and would continue.

"We aspire for there not to be any greater damage to our relations (with Canada), nor do we see any reason for there to be," he said.