Meituan plunges as losses mount in food fight with Alibaba 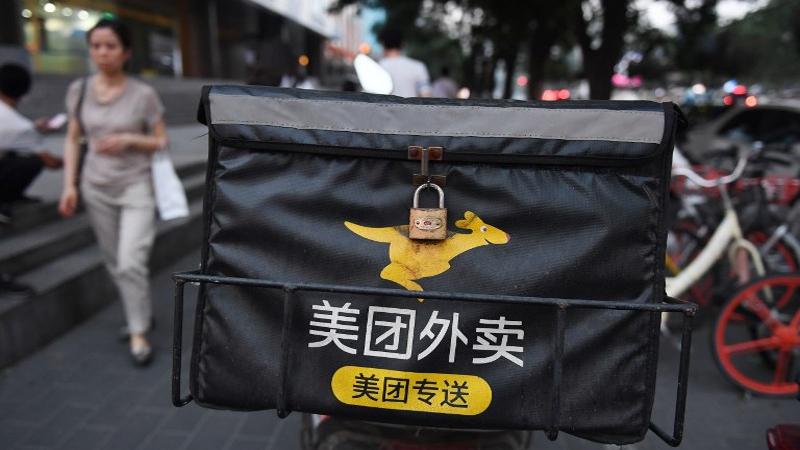 A woman walks past a Meituan delivery scooter on a sidewalk in Beijing on June 26, 2018. Meituan Dianping, the Chinese food-delivery giant, slumped by a record as its fight for market share with Alibaba Group Holding Ltd. led to wider losses. (GREG BAKER / AFP)

Meituan Dianping, the Chinese food-delivery giant, slumped by a record as its fight for market share with Alibaba Group Holding Ltd. led to wider losses.

The shares fell as much as 14 percent in Hong Kong, the most since its September initial public offering

The shares fell as much as 14 percent in Hong Kong, the most since its September initial public offering. Operating losses at the Beijing-based company more than tripled to 3.45 billion yuan (US$498 million) in the three months ended September even as revenue almost doubled.

With the backing of Tencent Holdings Ltd., Meituan is driving sales at the expense of profit in a fierce battle for food delivery customers as it also expands into new businesses. That’s taken a toll on its bottom line and hit the share price, which has dropped more than 20 percent since the company raised US$4.2 billion in its IPO.

“The competition is too severe even for just two companies in competition,” Alex Wong, Ample Capital director of asset management, said in a Bloomberg TV interview. “So the earnings side would be quite bad for the foreseeable future.”

After including revaluations of preferred stock following the IPO, the net loss became a massive 83.3 billion yuan compared with 4.4 billion yuan a year earlier, it said in a filing on Thursday.

Meituan is competing on multiple fronts, from food delivery to ride-hailing and bike sharing. Its Mobike bicycle business has been dragged into a fierce cash burning battle with no signs of profitability and the company plans to reduce the number of bikes and improve the business’ operating efficiency.

The firm also said it will be more cautious in the way it devotes resources to new initiatives, preferring to focus more on restaurant management related services, as the macro economy could face headwinds. Meituan has no plans to expand car-hailing business in other cities.

“We are not immune to the macro slowdown because we are already quite sizable,” said Wang Xing, chairman and chief executive officer of Meituan.