Indonesia: Boeing MAX could stay grounded beyond this year 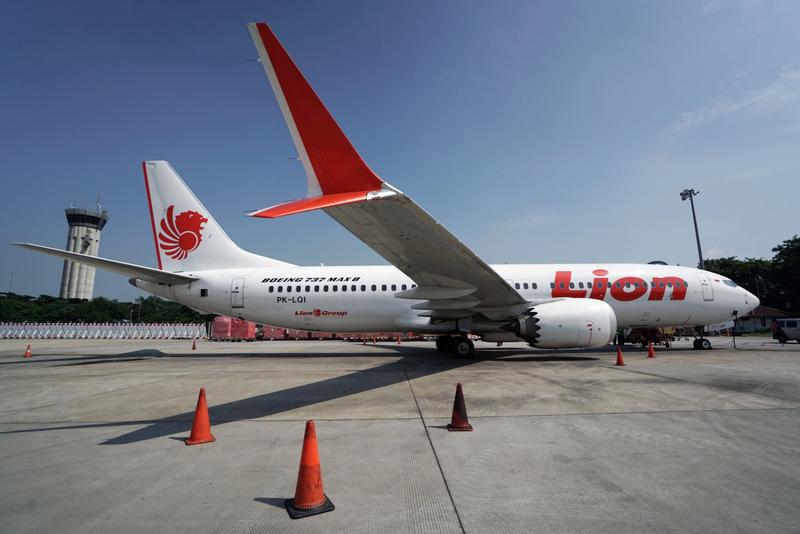 ndonesia signaled it may ground Boeing Co’s 737 Max until next year, underscoring the challenges faced by the US planemaker as it races to get its fastest-selling jet back in the air after two fatal crashes.

Even after the US Federal Aviation Administration clears the plane to return to service, Indonesia will make its own determination based on its review of the proposed fixes, Director General of Civil Aviation Polana Pramesti said in an interview in Jakarta on Monday. Pilots in the country, where the first 737 Max crashed when a Lion Air plane plunged into the Java Sea, will also have to undergo more stringent mandatory training than in the past before they are allowed to fly the jet, she said.

All in all, there are "lots of issues" and it’s unclear whether the plane will be able to fly in Indonesia this year

All in all, there are "lots of issues" and it’s unclear whether the plane will be able to fly in Indonesia this year, she said. "I can’t predict whether we will keep using the aircraft.”

The comments underscore how far Boeing has to go before its fastest-selling plane returns to the skies globally, even as the biggest US exporter finalizes an update to a software system implicated in both crashes. The chief executive officer of Southwest Airlines Co, the largest operator of the 737 MAX, said last week he was hopeful the jet could come back to service this summer.

Boeing won’t comment on the Indonesian regulator’s decision about the MAX jets, a company spokeswoman in Singapore said, reiterating it has completed updating the software, the associated simulator testing, and the engineering test flight. Boeing will work with the FAA to schedule its certification test flight and submit the final documentation.

Officials from China, Canada and the European Union have signaled that they intend to independently review changes to the Boeing planes before restoring flights. South Korean authorities are also said to plan to make their own determination, after closely monitoring steps taken by regulators in Europe and China.

Though Indonesia isn’t as large as China or Europe, Southeast Asia’s biggest economy is still a key regional aviation market as the government is planning the construction of 25 airports as part of an ambitious proposal for more than US$400 billion in building projects over the next five years.

But there’s more to why Indonesia has a big say when it comes to Boeing’s infamous plane. Two of the country’s carriers are among the biggest customers of the aircraft and Lion Air Flight 610, which killed all 189 people on board, was the first 737 MAX aircraft to crash when it plunged into waters off Indonesia in late October.

Less than five months later, a second 737 MAX aircraft crashed in Ethiopia, triggering a global grounding of the plane and investigations into how the aircraft was approved to fly.

Boeing has to assure us, the regulators, that the aircraft is safe. They also have to regain confidence from the pilots and the airlines, then educate the Indonesian customers.

“Boeing has to assure us, the regulators, that the aircraft is safe," said Pramesti, the first woman to head Indonesia’s civil aviation authority. "They also have to regain confidence from the pilots and the airlines, then educate the Indonesian customers."

Though pilots who had flown the previous 737 model used to be able to fly the newer MAX aircraft by completing a course on an iPad for an hour or two, that’s not going to cut it now, according to Pramesti. Pilots in Indonesia will have to go through more stringent training, including a requirement to train in sophisticated flight simulators, she said.

Pramesti may join her staff to a meeting in Texas this week, where the FAA is hosting foreign counterparts to discuss the steps needed to get the MAX jets airborne again.

Meanwhile, Boeing is battling to restore confidence among its customers, particularly in Indonesia. State-owned PT Garuda Indonesia has said it’s seeking to convert its US$4.8 billion order for 49 Boeing 737 MAX 8 jets to other models due to concerns its customers no longer want to fly in the aircraft. The co-founder of privately-owned PT Lion Mentari Airlines has said he wants to cancel US$22 billion in orders for the aircraft because of what he says is Boeing’s unfair reaction to the October crash.

In the US, the FAA has come under fire for approving a Boeing feature known as the Maneuvering Characteristics Augmentation System, or MCAS, and for giving the Chicago-based planemaker too much authority to oversee itself.

After a sensor on both the doomed 737 MAX jets malfunctioned, MCAS continually pushed down the aircraft’s nose until pilots lost control. Boeing is redesigning the system to make it less prone to operate in error. The FAA may receive the proposed software fix for the grounded 737 MAX as soon as this week.