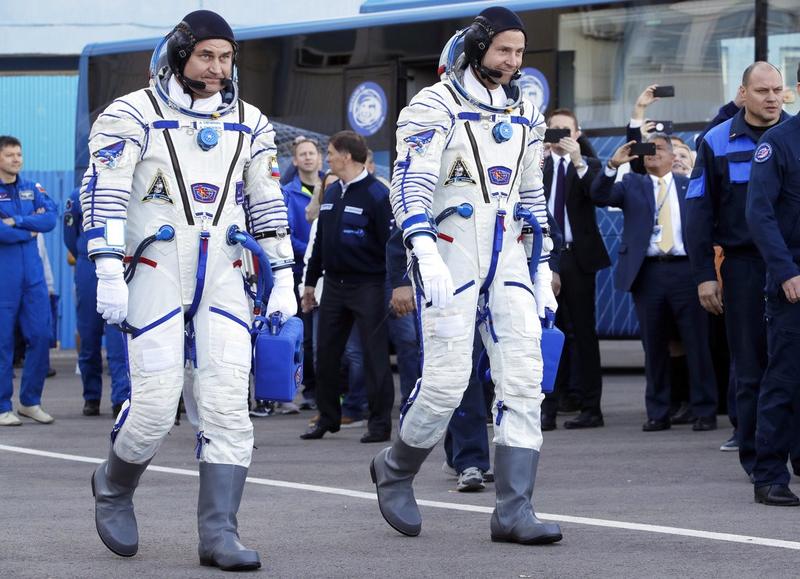 BAIKONUR — Two astronauts from the US and Russia were safe after an emergency landing Thursday in the steppes of Kazakhstan following the failure of a Russian booster rocket carrying them to the International Space Station.

NASA astronaut Nick Hague and Roscosmos' Alexei Ovchinin lifted off as scheduled at 2:40 pm (0840 GMT) Thursday from the Russian-leased Baikonur cosmodrome in Kazakhstan, but their Soyuz booster rocket failed about two minutes after the launch.

The rescue capsule automatically jettisoned from the booster and went into a ballistic descent, landing at a sharper than normal angle and subjecting the crew to heavy gravitational force.

NASA Administrator Jim Bridenstine, who watched the launch at Baikonur along with his Russian counterpart, tweeted that Hague and Ovchinin are in good condition. He added that a "thorough investigation into the cause of the incident will be conducted."

The capsule landed about 20 kilometers east of the city of Dzhezkazgan in Kazakhstan. The astronauts were flown by helicopter to Dzhezkazgan and will later be taken to Star City, Russia's space training center outside Moscow. 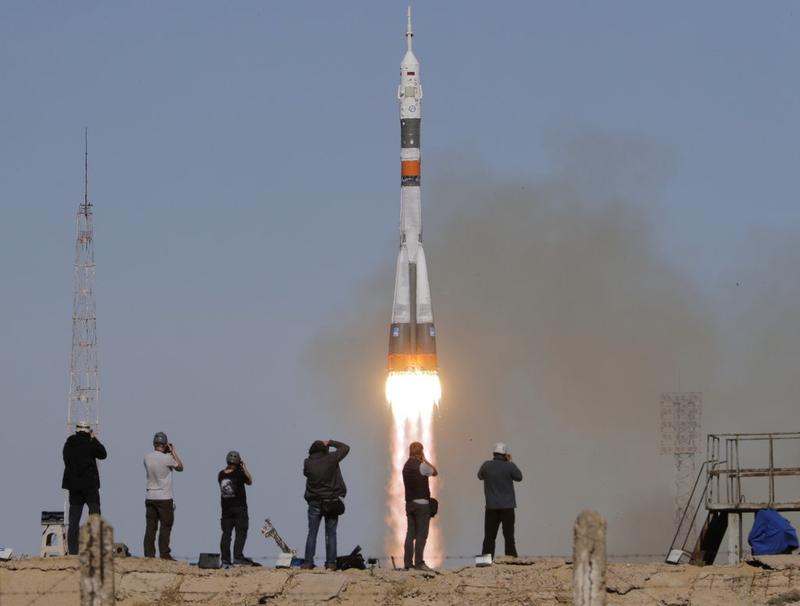 The launch failure marks an unprecedented mishap for the Russian space program, which has been dogged by a string of launch failures and other incidents in recent years.

"Thank God, the crew is alive," Russian President Vladimir Putin's spokesman, Dmitry Peskov, told reporters when it became clear that the crew had landed safely. He added that the president is receiving regular updates about the situation.

It was to be the first space mission for Hague, who joined NASA's astronaut corps in 2013. Ovchinin spent six months on the orbiting outpost in 2016.

The astronauts were to dock at the International Space Station six hours after the launch, but the three-stage Soyuz booster suffered an unspecified failure of its second stage. Search and rescue teams were immediately scrambled to recover the crew and paratroopers were dropped from a plane to reach the site and help the rescue effort.

Dzhezkazgan is about 450 kilometers northeast of Baikonur, and spacecraft returning from the ISS normally land in that region.

Russian Deputy Prime Minister Yuri Borisov said all manned launches will be suspended pending an investigation into the cause of the failure. He added that Russia will fully share all relevant information with the US. 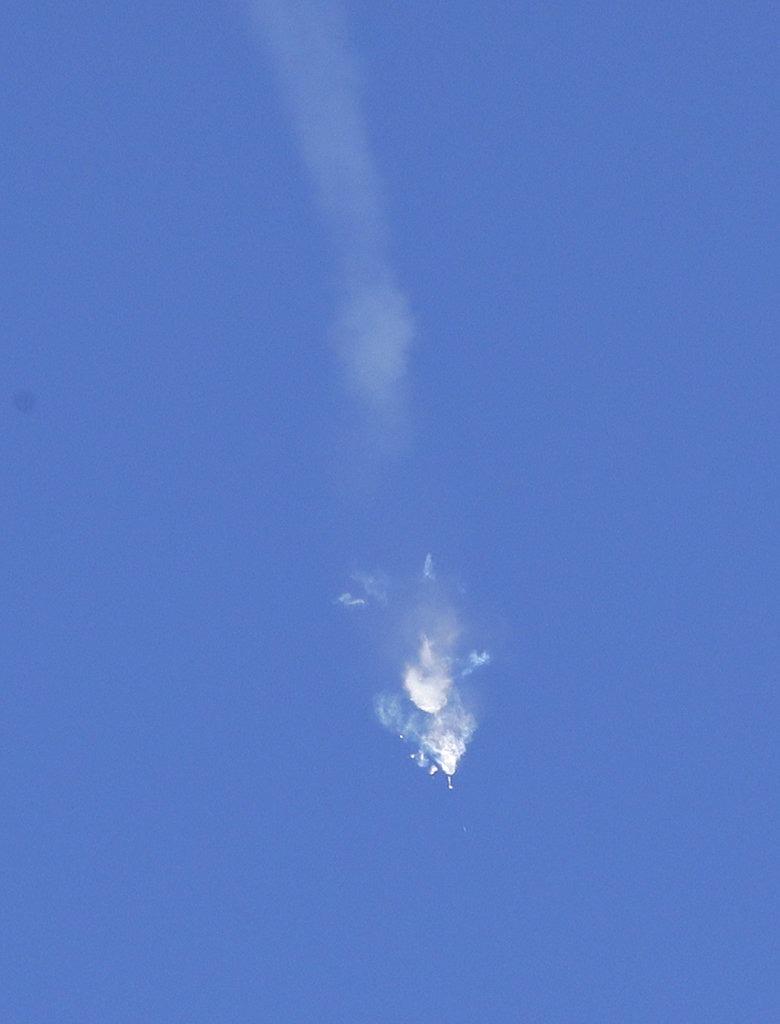 Relations between Moscow and Washington have sunk to post-Cold War lows over the crisis in Ukraine, the war in Syria and allegations of Russian meddling in the 2016 US presidential vote, but they have maintained cooperation in space research.

The Russian Soyuz spacecraft is currently the only vehicle for ferrying crews to the International Space Station following the retirement of the US space shuttle fleet. Russia stands to lose that monopoly in the coming years with the arrival of SpaceX's Dragon v2 and Boeing's Starliner crew capsules.

Thursday's failure was the first manned launch failure for the Russian space program since September 1983 when a Soyuz exploded on the launch pad. Soviet cosmonauts Vladimir Titov and Gennady Strekalov jettisoned and landed safely near the launch pad, surviving without injuries.

Russia has continued to rely on Soviet-designed booster rockets for launching commercial satellites, as well as crews and cargo to the International Space Station.

While Russian rockets had earned a stellar reputation for their reliability in the past, a string of failed launches in recent years has called into doubt Russia's ability to maintain the same high standards of manufacturing.

Glitches found in Russia's Proton and Soyuz rockets in 2016 were traced to manufacturing flaws at the plant in Voronezh. Roscosmos sent more than 70 rocket engines back to production lines to replace faulty components, a move that resulted in a yearlong break in Proton launches and badly dented Russia's niche in the global market for commercial satellite launches.

In August, the International Space Station crew spotted a hole in a Russian Soyuz capsule docked to the orbiting outpost that caused a brief loss of air pressure before being patched.

Roscosmos chief Dmitry Rogozin has raised wide consternation by saying that the leak was a drill hole that was made intentionally during manufacturing or in orbit. He didn't say if he suspected any of the current crew of three Americans, two Russians and a German aboard the station.