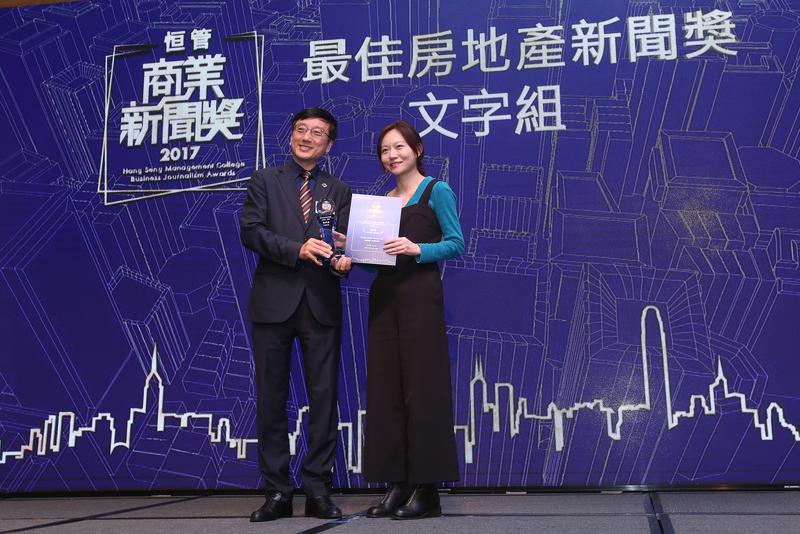 Her award-winning article: “Homeowners Locked Into Upkeep Contracts”, delves into unfair management contracts meted out to Hong Kong homebuyers that leave them with little choice over the hiring of property managers, and being burdened by high management fees.

“I came up with the story idea that while the media is too heavily focused on the city’s red-hot property market, the rapid surge in property management fees is being overlooked – something that has become another big burden on homeowners,” Yu said.

Following extensive interviews with homebuyers and representatives of the property-management industry, as well as a careful scrutiny of property contracts and ordinances, the article came up with several key findings.

Among other things, it was found that a lack of tendering has given major property developers in the city much leeway in appointing their own property managers – in many cases, their own subsidiary property management companies. Even when residents are not happy with the appointed managers, removing them is not an easy task.

The story reveals that the current threshold of a 50 percent share to repudiate managers is largely unachievable considering that vast public areas – including shopping malls and parking lots – are tightly held by developers.

The “dual monopoly" of real-estate – over property prices and management fees – as Yu described, is forced on homebuyers, and regulators have failed to address the problem either by calling for tenders or lowering the threshold on homeowners’ voting rights.

More than 300 entries were submitted by candidates from the print, online, digital and broadcast media for the 2017 award.