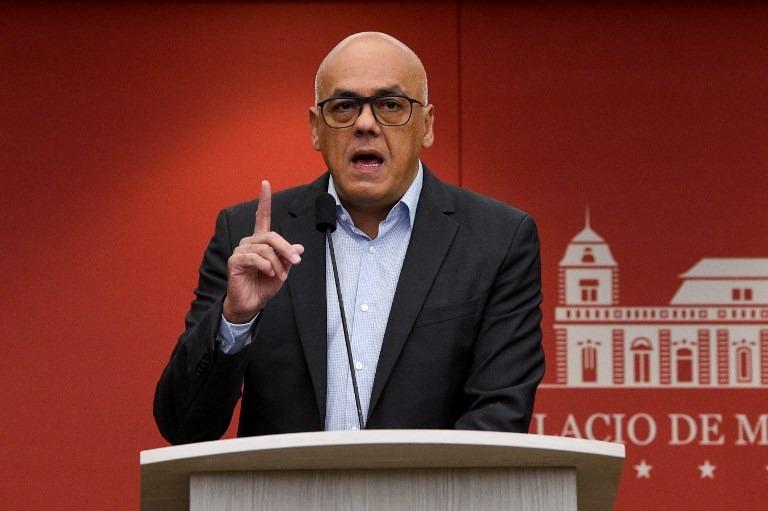 Venezuela's Minister of Communication Jorge Rodriguez shows pictures of detainee during a press conference, at the Miraflores presidential palace in Caracas on Sept 23, 2018. (FEDERICO PARRA / AFP)

As many as 1.9m Venezuelans have emigrated since 2015, according to the UN, fleeing an economic crisis that has resulted in shortages of food, medicine and other basic goods

In a Wednesday press conference, Venezuelan Communication Minister Jorge Rodriguez said Moreno was a "liar" and accused him of exaggerating in a speech at the United Nations the number of Venezuelan migrants arriving in Ecuador.

Saying the comments were offensive, Ecuador expelled the Venezuelan ambassador and called its charge d'affaires at its embassy in Caracas back for consultations, its foreign ministry said in a statement.

Venezuela later declared the charge d'affaires, Elizabeth Méndez, persona non grata and gave her 72 hours to leave the country in what its foreign ministry described as a "reciprocal measure," according to a statement read on state television.

Ecuador's highest representative in Venezuela has been the charge. The ambassador position has been vacant for more than a year because of diplomatic disputes.

As many as 1.9 million Venezuelans have emigrated since 2015, according to the United Nations, fleeing an economic crisis that has resulted in shortages of food, medicine and other basic goods. That flow has overwhelmed other countries in the region, including Ecuador.

Socialist President Nicolas Maduro has said no more than 600,000 Venezuelans left in the past two years, and state television gives daily coverage to a government program offering migrants free flights back to Venezuela.