Shadow banking — 'a time bomb in the making'

By Evelyn Yu in Hong Kong 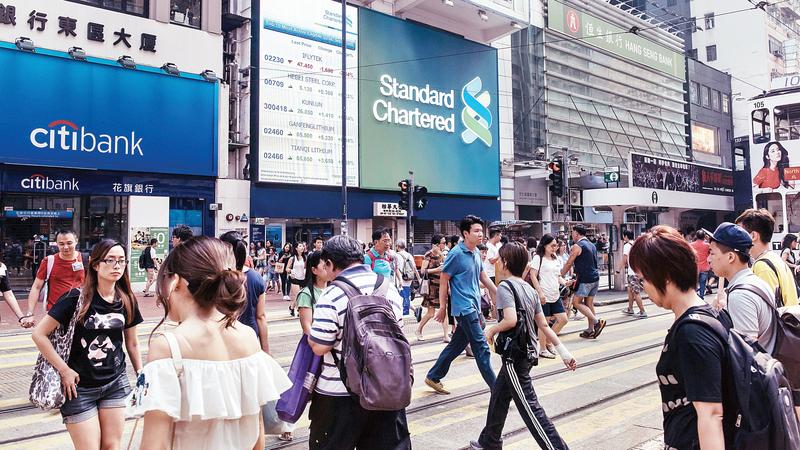 Money lenders in Hong Kong have mushroomed in the past few years, battling for a slice of the city’s property loans pie and offering shadow banking credit to eager homebuyers who fail to meet the normal criteria for securing bank loans. (ANTHONY KWAN / BLOOMBERG)

Will the subprime mortgage crisis that brought US banks to their knees and triggered the recession in the United States in late 2007 stage a replay in Hong Kong?

It’s not empty talk or something that can be totally ruled out, given the exponential growth in the shadow banking business in Hong Kong mortgage market over the years.

There’s also the popular perception that a bubble burst in the world’s most expensive property market is unlikely, as the interest rate for bank loans for first-time homes buyers — currently at 2 to 3 percent — has been very low and going up by a further one or two percent is no big deal, plus a slew of harsh measures by local regulators to check speculation, which have all appeared to have assured many that the chances of massive defaults are unlikely.

But, what has unnerved some experts is that the first defaults might spring from the lowest rung of the most problematic mortgage market — ineligible borrowers who have turned to developers, as well as “shadow banking” finance houses, offering lendings of up to 90 percent of a property’s value.

Shadow banking services — typically credit facilities offered by non-banking institutions that operate outside the norms of traditional commercial lending — have grown by leaps and bounds in the past few years, spawning fears that a carbon copy of the US subprime crisis that occurred between 2007 and 2010 may come to haunt the city.

Walking into the office of Axht Company — a local money lender located in Harbour Crystal Centre, Tsim Sha Tsui — customers are confronted by a seemingly ominous sign in big font on the wall that reads: “This room is under video surveillance.”

It’s in this room that clients, many of whom are homes buyers who fail to meet the normal criteria for securing bank credit, could obtain loans of up to several million Hong Kong dollars as quickly as 24 hours.

Axht began operating in 2015, the same year the Hong Kong Monetary Authority (HKMA) — the city’s de facto central bank — raised the minimum down payment on properties valued at less than HK$7 million to 40 percent, from 30 percent, and that for properties worth more than HK$10 million to 50 percent from the previous 40 percent.

“That 20 percent gave us room to survive and thrive,” said Gary Wong, founder and managing director of Axht.

The number of money lenders in Hong Kong surged from 1,309 in 2014 to above 2,000 as of April this year, according to figures from the Company Registry, as they fought it out for a slice of the homes loan pie. Axht charges an annual interest rate of 6 to 12 percent for a property loan, against 2 to 3 percent by banks. According to Giles Sit, general manager of Axht, the range is among the “Top 10” most attractive rates offered by local money lenders. And, smaller and more aggressive money lenders are even prepared to shell out loans to clients with chequered records at annual interest rates of up to 30 percent.

Under Hong Kong law, “shadow banks” can extend loans legally as long as the interest rates don’t exceed 60 percent per annum. Money lenders are not overseen by the HKMA, yet strangely by the police. Sit estimates there are some 600 of more than 2,000 finance houses that are actively engaged in shadow banking. The business had been booming until 2016 when developers upped the ante by offering general financing packages to lure buyers. 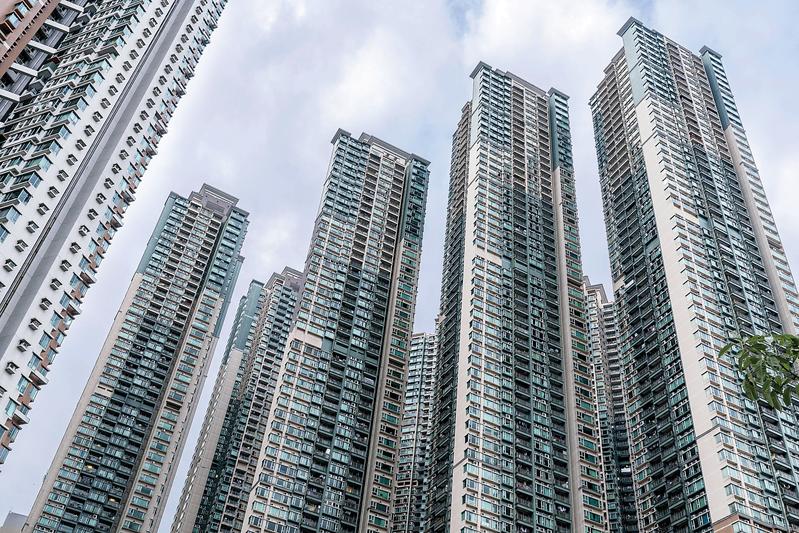 In 2016 and 2017, several key property developers in Hong Kong, including Cheung Kong Property Holdings, Sun Hung Kai Properties, Henderson Land and Kerry Properties, started offering aggressive homes loan plans to buyers, usually through their finance arms, covering up to 90 percent of a property’s value. Loans from developers usually come with a low rate “interest holiday” for first three years, at around 2 percent that’s comparable to that of banks, and then match the prime lending rate from the fourth year, meaning that homes buyers signing up for such schemes would be saddled with an interest rate of about 5 percent.

The “generous” offers from the “shadow banks” have made the dream of owning a flat in Hong Kong not that distant after all. A 500-square-foot apartment in Hong Kong island may set you back by more than HK$10 million but, with a mortgage of up to 90 percent of the property’s value, a buyer needs to fork out just HK$1 million to get on board the market.

“Ironically, in Hong Kong, it’s those who can’t really afford to buy a home who are pushing up the prices,” said Jacinto Tong Man-leung, chief executive officer of property investment firm Gale Well Group, which has a portfolio of about HK$40 billion in Hong Kong.

“I don’t think such high-leveraged homes buyers are oblivious to the danger they’re exposed to. It’s the gambling mentality that property prices will keep going up, that they could resell the property in a few years to make profit in the event they can’t repay the mortgage that’s driving them to get bolder,” observed Tong.

Within the banking system itself, things look perfectly under control. The mortgage delinquency ratio stood at a negligible 0.02 percent as of the end of May, HKMA data show, monitoring mortgages from banks.

With the current interest rate for loans taken out by first-time homes buyers in Hong Kong and with a tenor of 30 years standing at around 2 percent, Tong estimated that bank loan rates would keep rising and “normalize” at above 5 percent in the next three to five years. Buyers securing a bank loan will be saddled with heavier debt in a rate normalizing environment, but massive defaults are unlikely as mortgage repayment is at a relative low ratio in terms of their income, said Ivy Wong Mei-fung, managing director of Centaline Mortgage Broker.

According to the HKMA, the debt servicing ratio, or the monthly repayment obligations of the borrower as a percentage of monthly income, stood at 35 percent as of March this year.

The banking regulator has also put a cap on mortgages no higher than 60 percent of a borrower’s income, and stipulates the higher band should only be applied to high-income customers. But, for those who’re forced to turn to money lenders and developers for property loans, there’s no limit.

Axht offers loans with monthly repayments up to 80 percent of a borrower’s income. There have been reports that some reckless money lenders do not even require borrowers to show proof of income before granting them a loan. “For those people, a slight rise in the interest rate might swallow up all their monthly income,” Tong warned.

Sit projected that the default rate is as high as 20 percent among money lenders in Hong Kong. But, the alarmingly high default rate is not an issue with the non-bank lenders. In case of a default, loan sharks could simply seize the flat and resell it through auction houses.

Tong pointed out that the red-hot property market in the past few years has shown that money lenders could easily get rid of the property they’re holding and get their money back. But, should prices fall, the downturn would lead to more defaults and auctions in the second-hand market, and the extra supply would lead to a steeper price drop.

As the loans market continues to weaken and capital outflow intensifies, tightened liquidity might render the mortgage market in the shadow banking business increasingly vulnerable.

Market watchers have likened the high-leveraged non-bank loans to a potential time bomb waiting to go off with a rapid rise in interest rates or a major correction in local property prices. Some are worried whether the prospects of default would spill over to the city’s broad financial system.

But, the finance arms of developers are not too worried as Hong Kong’s property tycoons, with a low net gearing ratio and sound cash flows, might just write off the bad loans in the event of defaults. However, for many of the money lenders, they also double up as borrowers in the financial market through bank loans, bond issuances and securitization to finance their money lending business, and defaults by their clients might imperil a much bigger market.

Although statistics vary on how big the shadowy loans are, some experts think the number remains in the single digits, while Sit estimated it could be  more than 10 percent of the current mortgage market.