Recapturing the soul of traditions 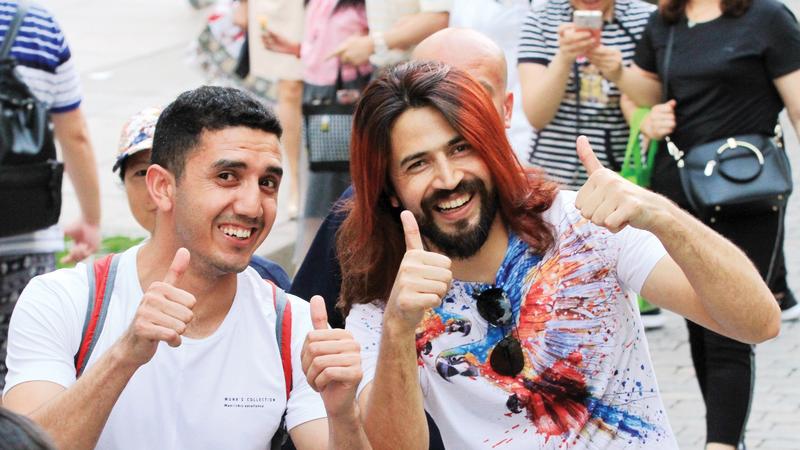 Taking a stroll around the city’s Songhua River and Central Street is a significant part of the celebration of Duanwu Festival, or Dragon Boat Festival, for residents in Harbin, Heilongjiang province. The traditional Chinese holiday fell on June 7 this year.

Official data show that last year, the number of visitors to the Songhua River during the festival exceeded 3.23 million, or about one-third of the city’s population.

The tradition originated from the Manchu ethnic group. On the morning of Dragon Boat Festival, they hike in rural areas to refresh themselves and stay healthy.

Fu Binghan, a 28-year-old civil servant from Harbin, said: “A sea of people surges forward on Central Street — both locals and tourists. I’m impressed to see someone dressed up like Qu Yuan and recite his poetry.”

Legend has it that the patriotic poet Qu Yuan drowned himself in the Miluo River during the Warring States Period (475-221 BC). This eventually gave rise to Dragon Boat Festival.

To mark the event, Fu said, some locals set up camp in a nearby park or by a dam to have a picnic, and enjoy themselves with family or friends. There are also dragon boat races on the Songhua River.

“It’s also an opportunity for family reunions. And young people should join local festivities to learn about culture,” he said.

Like him, Chinese of different ages across the country observe the festival in their own ways.

Beijinger Han Ping prepares a month ahead, buying ingredients for her homemade zongzi (pyramid-shaped rice), which she gives as gifts to her friends. The 61-year-old was a guest host on a Beijing TV food program and often teaches others how to make zongzi. 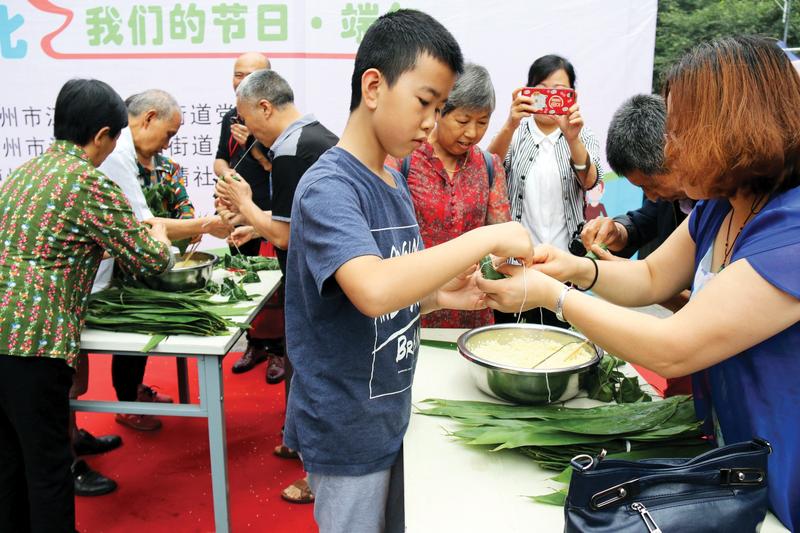 Beijing’s traditional zongzi are filled with small red jujube stuffing, and people often eat these after dipping in sugar.

“Our conditions are much better than before. So I can purchase ingredients from home and abroad to make zongzi a bit differently,” she said.

For example, she uses dates from Dubai instead of jujube, so people do not have to spit out jujube pits. And she also uses Japanese salted cherry blossoms for flavor and garnish.

She recalls that when her family lived with five other households in a traditional courtyard dwelling, neighbors gave one another homemade zongzi and would give other dishes in return.

She now teaches her daughter about zongzi because she thinks homemade ones offer the best way to celebrate the festival.

Similarly, young parents in China are also doing their best to spread the knowledge and spirit of the festival to the next generation.

“Both parents and schoolteachers teach them about the origin, legends and customs behind these festivals,” said Moon Li, a 33-year-old office worker who has lived in Hong Kong for nine years.

“I buy zongzi in advance because my children like the glutinous snack very much. After the festival, I rarely buy them zongzi, to make them aware that the delicacy is only for the festival,” she said.

She and her husband take their children to the sea to watch dragon boat races in Hong Kong to embrace the festive atmosphere and learn about the importance of team spirit.

A young couple in Harbin wear bands made of colorful strings as part of traditional custom. (ZHANG SHU / FOR CHINA DAILY)

The Hong Kong government holds such races every year as a part of celebrations. Many companies and universities also have their own dragon boat teams.

In some parts of China, on the morning of Dragon Boat Festival, it is a tradition to tie bands, made of strings in five colors, around children’s wrists, ankles or neck when they are still asleep. And when the first rain comes after the festival, parents cut off the bands and throw them into the water, to exorcise evil spirits.

Li learned of the custom from her university roommate from North China. Now she does it as an annual routine for her children.

The 85-year-old said it is because these traditional festivals have been observed by Chinese people for thousands of years.

“Whether rich or poor, living in rural areas or cities, all Chinese attach great importance to Dragon Boat Festival,” said Yu, who lives in Harbin.

“In the old days, we ate zongzi, fried rice cake and boiled eggs during the festival. But as our standards of living have been boosted greatly, we’re able to afford more delicacies.”

Yu, who grew up in a small county in Liaoning province, said she learned from her mother how to make festive door ornaments for Dragon Boat Festival as a teenager.

She recalls that before sunrise on the day of the festival, she would gather mugwort from the mountain that would also be hung on the door. 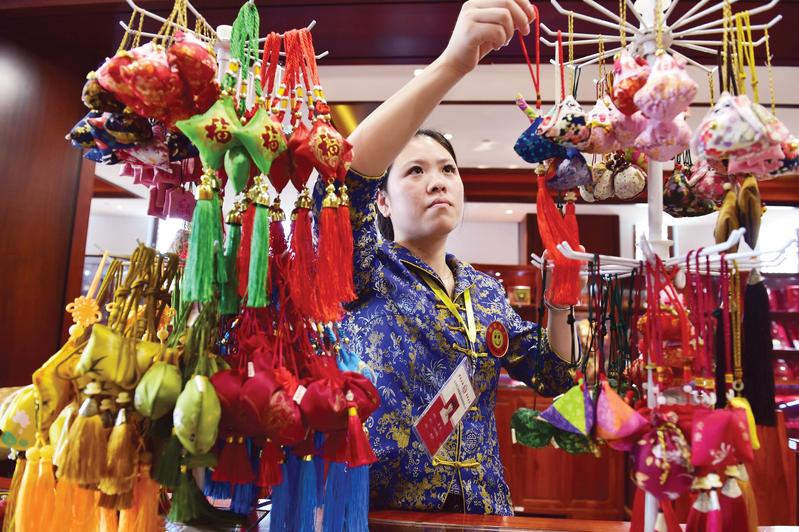 Herb sachets are popular ornaments during the festival. (LYU BIN / FOR CHINA DAILY)

Today, she still makes the ornaments as gifts. And it takes her over half a day to make a set.

She also makes colorful zongzi from cardboard, small brooms from plants, and bamenhou — a tiny stuffed monkey doll — for the door.

Yu said these things were common in Northeast China. But as more migrants from other parts of the country have settled down in Harbin, there is now a mix of northern and southern customs.

Now, Zhang hangs these in her car and her 4-year-old son learns how to make these from his great-grandmother.

Reflecting on the significance of the festival, writer Guo Wenbin said: “If you study carefully the major legends of Dragon Boat Festival, you will find that they are about the core values of Chinese culture — loyalty and filial piety. And the Chinese have been passing on such values via these festivals.”

According to him, the Chinese have worshipped the dragon since ancient times. And the dragon absorbs the qualities of all other animals to symbolize a culture of inclusiveness.

In 2006, Guo wrote a short story about Dragon Boat Festival, winning the Lu Xun Literature Prize. It is based on his childhood memories of his hometown, Xiji county, in the Ningxia Hui autonomous region.

In his childhood, when Dragon Boat Festival came, everyone wore colorful bands and carried herb sachets, and he still remembers the fragrance in the air. And they also ate huamomo, steamed buns made of wheat flour.

Guo said if a traditional festival loses its function, it is more likely that it will no longer be popular.

“To revive our traditional festivals, the key is to recapture the soul of these festivals — a sense of belonging for the Chinese. And that is what the government and Chinese people have been striving to do in recent years.”