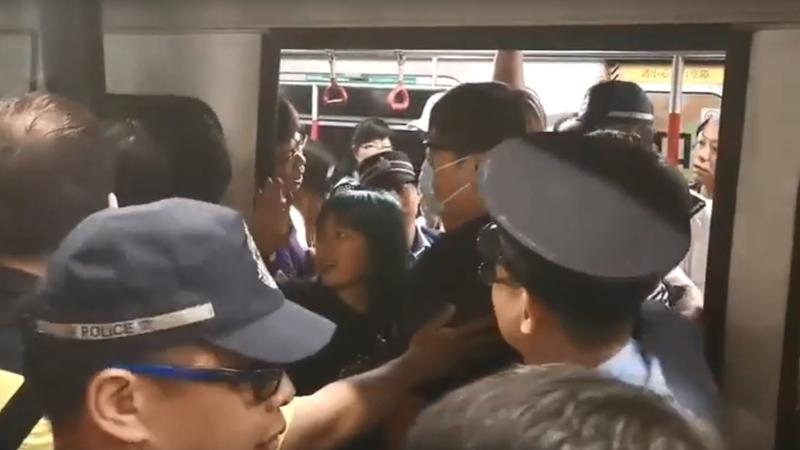 Some protesters, donning surgical masks to hide their identity, deliberately blocked train doors from closing and pressed the emergency stop buttons, causing delay of train services along the Island Line. Tens of thousands of commuters on their way to work were left stranded at train compartments or platforms at one point.

A video taken by our reporter showed a police officer trying to persuade a protester to leave the train. 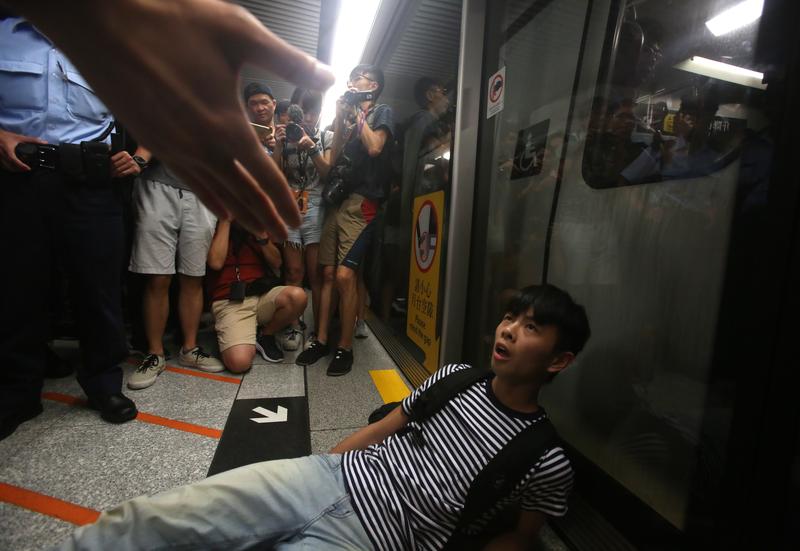 A protester sits in front of a train door in an uncooperative campaign at Admiralty MTR station during morning rush hour in Hong Kong on July 24, 2019. (PHOTO / CHINA DAILY)

The disruption to train services has driven more passengers to take the bus or other public transport, leading to long queues at bus stops.

Julianna Wu, 24, who lives in North Point, took 1.5 hours to get to her workplace in Aberdeen, three times the normal commute.

“I have waited for at least three or four buses before I could get on one,” Wu said, adding the bus stop was overcrowded.

Train services have gradually resumed normal from around 9:15 am. 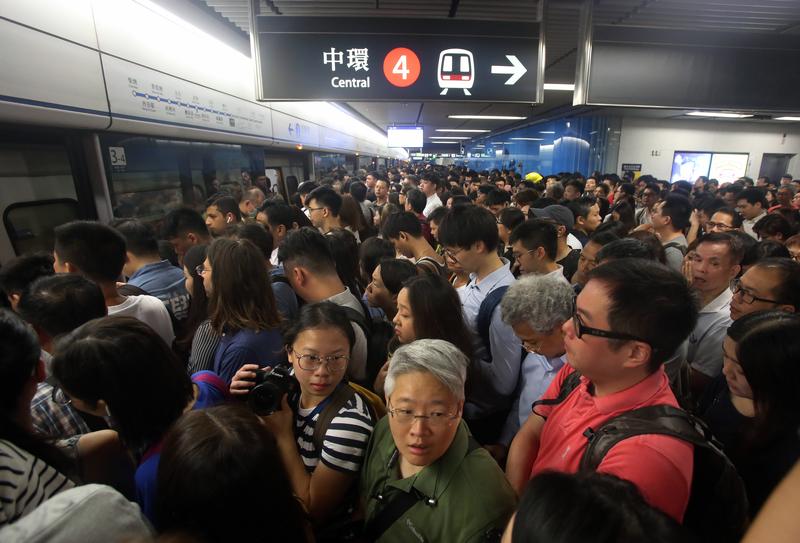 A man surnamed Lam told China Daily he was late for work for about 15 minutes today as a result of the chaos.

“I had to wait for three trains before being able to get on one," Lam said. He added it took the train several extra minutes to start again every time it pulled into the platform.

Lam said recent protests have severely affected ordinary people’s daily lives and even threatened people’s safety. He called on people to express their views in a peaceful and rational manner. 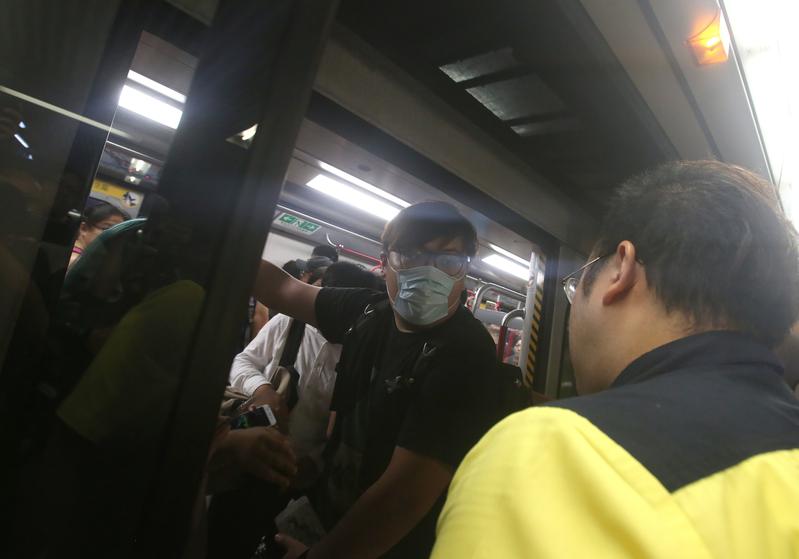 Some 80 MTR staff were temporarily dispatched to Admiralty station to handle the disruption.

MTR respects the public's right to express their opinions, Kam said. But he said he hopes views can be expressed in a peaceful manner without affecting the safety and smooth travel of other passengers. 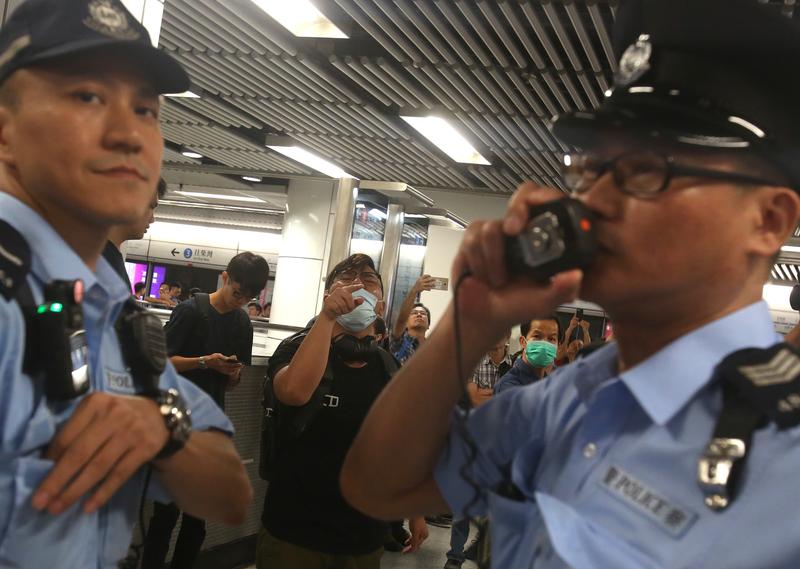 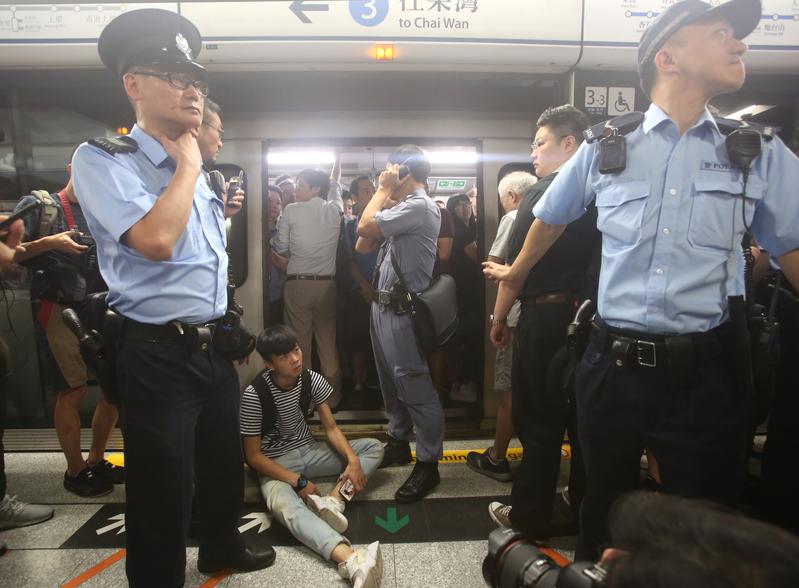 This July 24, 2019, photo shows police officers keeping order as a protester sits in front of a train door in an uncooperative campaign at Admiralty MTR station during morning rush hour in Hong Kong. (PHOTO / CHINA DAILY) 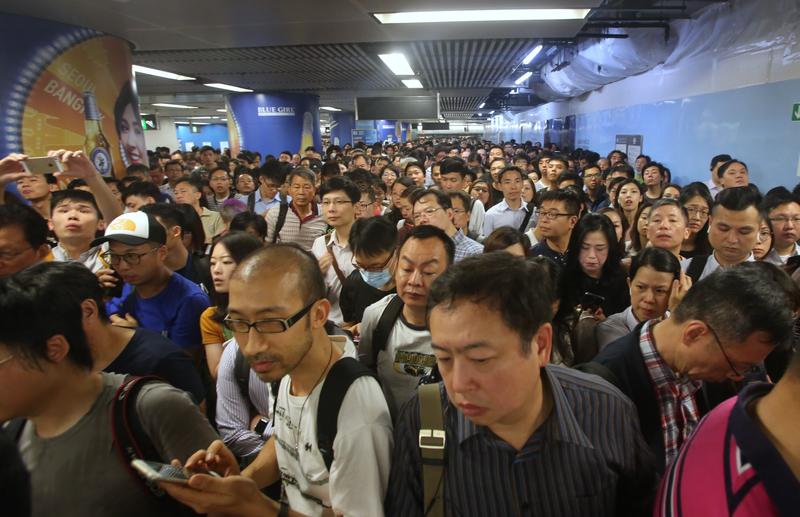 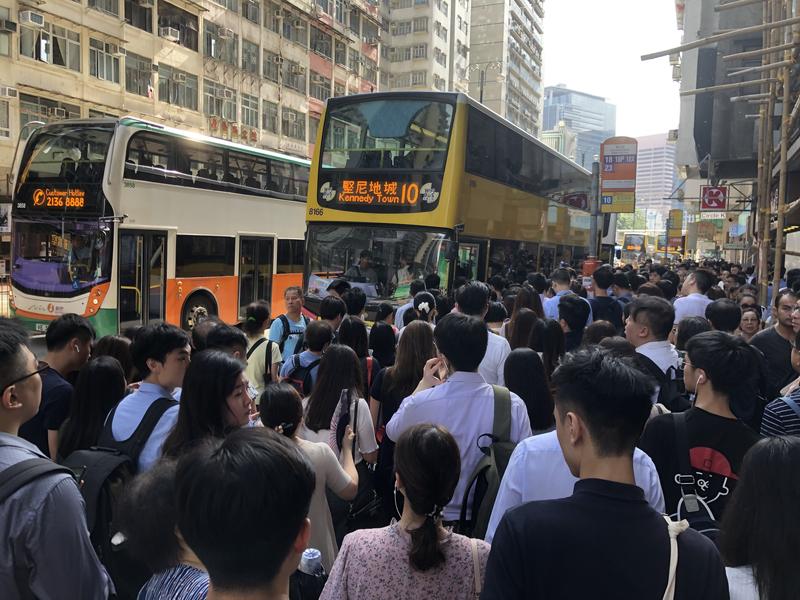