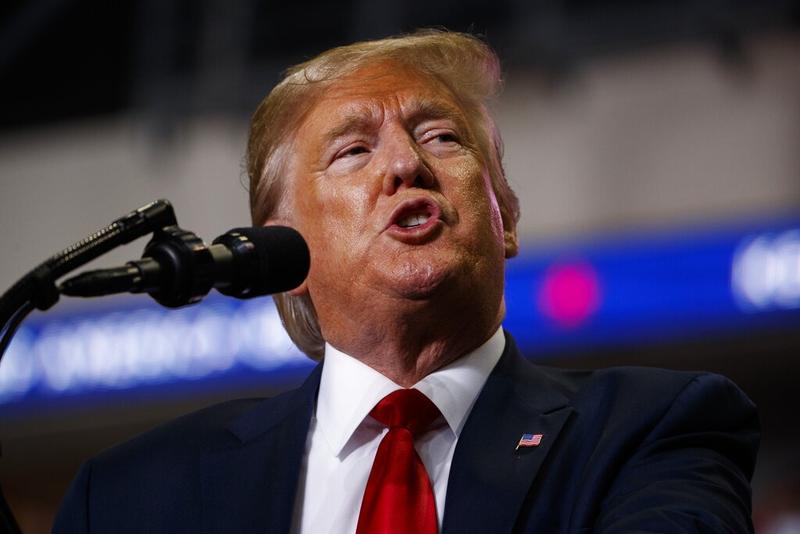 WASHINGTON/TEHRAN — US President Donald Trump said on Monday that he is not seeking war with any country, as Washington has been indicating Iran was behind the attacks on Saudi Arabia's key oil facilities.

"Do I want war? I don't want war with anybody," Trump told reporters at the White House when asked if he wants war with Iran, which the Trump administration officials held accountable for the attacks on Aramco oil facilities that have halved Saudi oil output.

Do I want war? I don't want war with anybody," Trump told reporters at the White House when asked if he wants war with Iran

When asked if Iran was behind the attacks, Trump said "it's certainly looking that way at this moment", seemingly distancing himself from his Secretary of State Mike Pompeo who asserted on Saturday that it was Iran which launched this "unprecedented attack."

"We have to find out definitively who did it. We have to speak to Saudi Arabia," Trump said.

He also said that Pompeo and others "will be going over to Saudi Arabia at some point" to discuss the incident.

Iran has strongly dismissed the US accusations as "baseless" and "big lies."

Trump also noted that diplomacy has not been exhausted when dealing with Iran. "It's not exhausted. Nothing is exhausted. And we'll see what happens," he said. 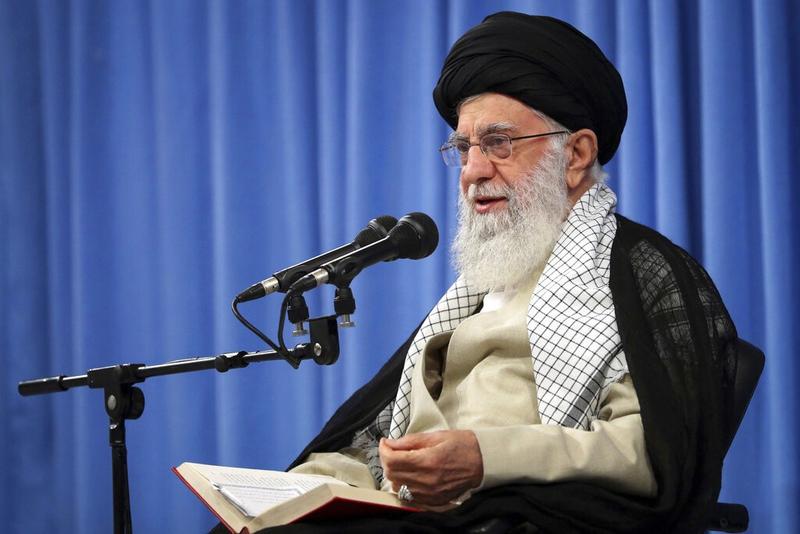 'No talks with the US at any level'

On the other hand, Iran's supreme leader announced on Tuesday that "there will be no talks with the US at any level" — remarks apparently meant to end all speculation about a possible US-Iran meeting between the two countries' presidents at the UN later this month.

There had been reports about a possible meeting between Trump and his Iranian counterpart, Hassan Rouhani, during the upcoming UN General Assembly this month in New York.

While saying that "there will be no talks with the US at any level," Iran's supreme leader reiterated Iran's stance that if the US returns to the nuclear deal, Tehran would consider negotiations

Iranian state TV quoted Ayatollah Ali Khamenei as saying that is the position of the entire leadership of the country and that "all officials in the Islamic Republic unanimously believe" this.

"There will be no talks with the US at any level," he said.

The Ayatollah said the US wants to prove its "maximum pressure policy" against Iran is successful.

"In return, we have to prove that the policy is not worth a penny for the Iranian nation," Ayatollah Khamenei said. "That's why all Iranian officials, from the president and the foreign minister to all others have announced that we do not negotiate (with the US) either bilaterally or multilaterally."

The Ayatollah also reiterated Iran's stance that if the US returns to the nuclear deal, Tehran would consider negotiations. 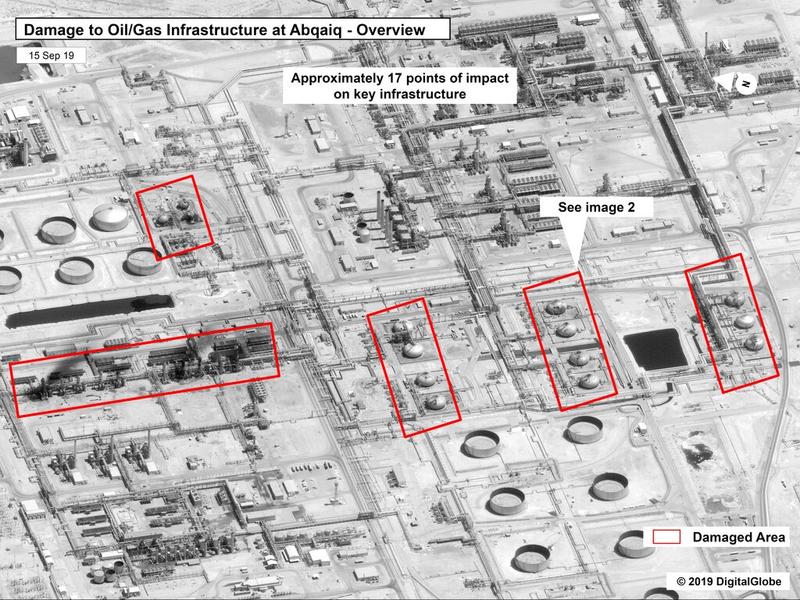 This image provided on Sept 15, 2019, by the US government and DigitalGlobe and annotated by the source shows damage to the infrastructure at Saudi Aramco's Abaqaiq oil processing facility in Buqyaq, Saudi Arabia. (PHOTO / US GOVERNMENT / DIGITAL GLOBE VIA AP)

The attacks on Saudi oil facilities have ratcheted up the already tense situation in the Middle East caused by the US maximum pressure policies on Iran, including a total oil trade ban.

The US alleges the pattern of destruction suggested Saturday's attacks did not come from neighboring Yemen, as claimed by the Houthis there. A Saudi military alleged "Iranian weapons" had been used.

There are fears that the rising tensions could spark a military conflict in the Gulf between Iran and the United States or Saudi Arabia.

The Saudis have invited the UN and other international experts to help investigate, suggesting there was no rush to retaliate.

One US official, speaking on condition of anonymity to discuss internal deliberations, said Monday the US was considering dispatching additional military resources to the Gulf but that no decisions had been made. The US already has the USS Abraham Lincoln aircraft carrier battle group in the area, as well as fighter jets, bombers, reconnaissance aircraft and air defenses.