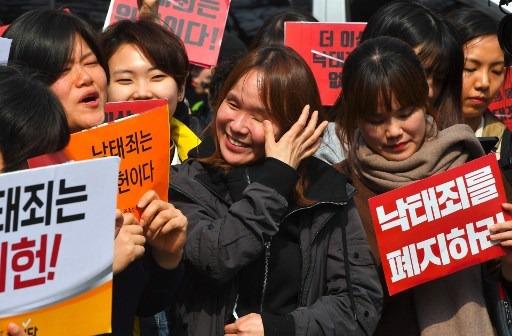 South Korean women's rights activists react after the constitutional court's ruling on decriminalisation of abortion during a rally against the abortion ban outside the court in Seoul, April 11, 2019. (JUNG YEON-JE / AFP)

KUALA LUMPUR — South Korea is set to legalise abortion after a decades-long ban was struck down, but women's rights campaigners have warned those who undergo the procedure will still be "punished in the eyes of society".

"Abortion is still a huge taboo because our society has strict views on women's sexuality," said Yong, a South Korean student living in Germany who underwent an abortion in March

In a landmark verdict last week, a South Korean court ruled the ban - which dates from 1953 - unconstitutional and asked the government to legalise abortion by the end of 2020.

Under the ban, as it currently stands, women who have abortions can be jailed for up to a year and get a fine, while doctors who perform the procedure at the woman's request can face imprisonment of up to two years.

The ruling was lauded as a victory for gender equality, but women's rights activists said conservative values mean women - even doctors - would still face stigma, hampering access to abortion.

"Even if women are no longer criminals under the law for abortion, they will still be punished in the eyes of the society," Jiann Woo, who has organised protests against the ban since 2016, told the Thomson Reuters Foundation.

"Abortion is still seen as immoral here - it is only something that the 'single, naughty girls' would do," added the 25-year-old student, co-founder of Femidangdang, a Seoul-based women's rights group.

The Roman Catholic Church, with 5 million adherents - out of a population of 51 million in South Korea - has taken a firm stance against the ruling. 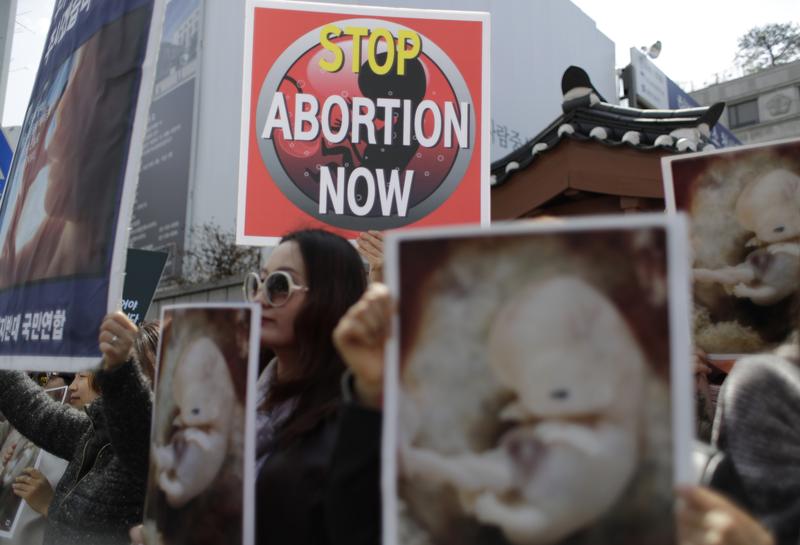 "A nation has a responsibility to protect its people's life and safety under any circumstances," Seoul's Roman Catholic Archbishop Andrew Yeom Soo-jung said, adding he is "worried" over the ruling.

"Every life, from the moment of conception, should be protected as a human being," he added in a statement.

South Korea became one of the last developed countries where abortion is a crime after Ireland voted in a referendum last year to overturn its highly restrictive abortion laws.

A survey by polling firm Realmeter this month showed more than 58 percent of South Korean respondents favour scrapping the ban, but a little over 30 percent wanted it retained.

But society's traditional, patriarchal views on women and their sexuality are still deeply rooted in the East Asian country which ranked 115 out of 149 countries in the World Economic Forum's 2018 Global Gender Gap report.

"Abortion is still a huge taboo because our society has strict views on women's sexuality," said Yong, a South Korean student living in Germany who underwent an abortion in March.

"I made a stupid mistake but I knew I had options. 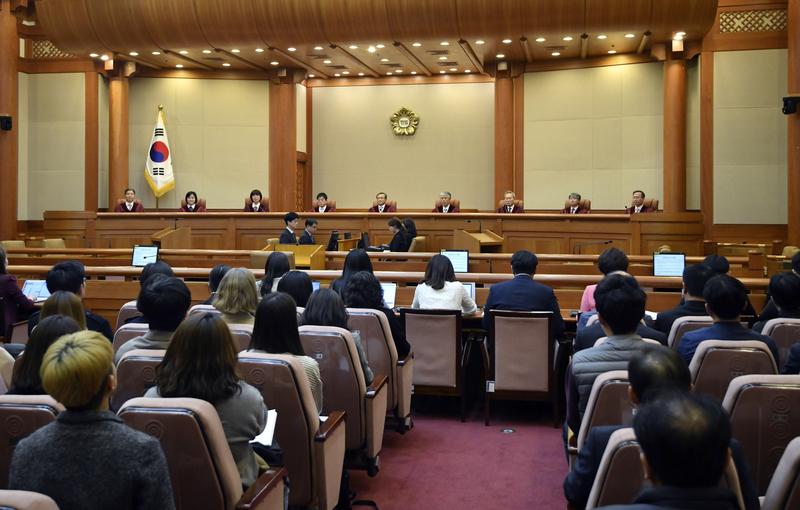 "Many friends back home who had abortions had a very different reaction - it was like the end of the world for them," said the 27-year-old, who asked not to be named in full to protect her privacy.

Abortion numbers have been dropping in South Korea, with nearly 50,000 estimated for women between 15 and 44 in 2017, down from some 340,000 in 2005, as birth control measures spread and the population of women in that age range falls, said the Korea Institute for Health and Social Affairs.

But campaigners say the ban has driven women to turn to black-market abortion drugs, and pushed the cost of surgical abortion prohibitively high with the fees for a late-term termination averaging about US$5,000.

In many cases, women must also give a written promise that they will not implicate the doctor.

The constitutional court challenge stemmed from the case of a doctor who was charged with conducting nearly 70 illegal abortions.

Beyond the Catholic Church, some of the world's largest megachurches and church-affiliated groups in South Korea have led the protest against making abortion legal.

The Catholic Bishops' Conference of Korea has said the ruling denied embryos' rights to life, while a group calling itself the National Alliance Against Abolition of Abortion decried the procedure as an "act of murder".

The issue is divisive among the medical fraternity, too.

Gynaecologist Yoon Jung-won, who has conducted hundreds of abortions for rape survivors, said some doctors have called for the right to not perform the procedure after the court lifted the ban. 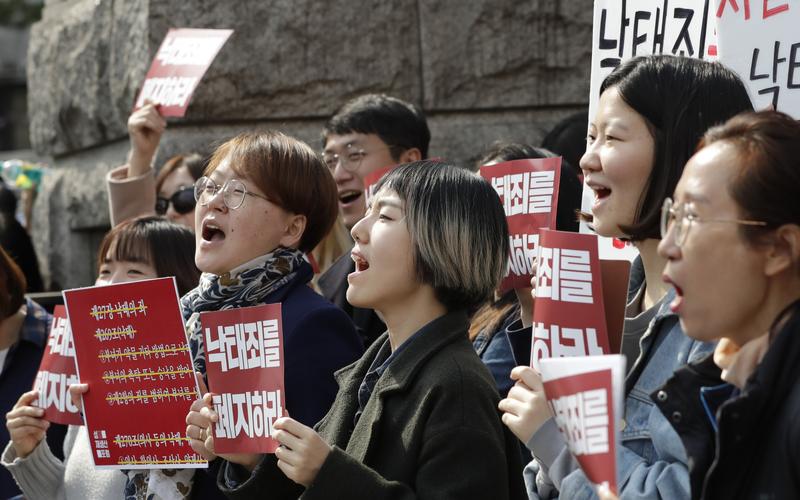 Protesters celebrate after listening to a judgment during a rally demanding the abolition of abortion law outside of the Constitutional Court in Seoul, South Korea, April 11, 2019. (LEE JIN-MAN / AP)

"Some doctors don't want to perform abortion simply because it is a stigmatised job. It'll take time and effort," said Yoon, who works in a private hospital in Seoul that specialises in sexual assault cases.

At the hospital where she works, Yoon has had to turn away many women over the years - from teenage girls who become pregnant, to women who feel they are too poor for another child to those who are trapped in an abusive relationship.

The government has said it would respect the court's decision and take steps to comply, however some campaigners like Woo fear the 2020 deadline would give religious groups time to lobby for restrictions.

President Moon Jae-in, a Catholic and a liberal, has not stated clearly if he supports abortion, but has called for more discussions to build consensus.

Ryu Min-hee, a lawyer in the legal team that mounted the successful court challenge, said the onus is now on the government to ensure abortions are accessible to women and doctors are adequately trained.

"It's the government's duty to implement the ruling," said Ryu, adding "It's not a crime, it's women's rights."