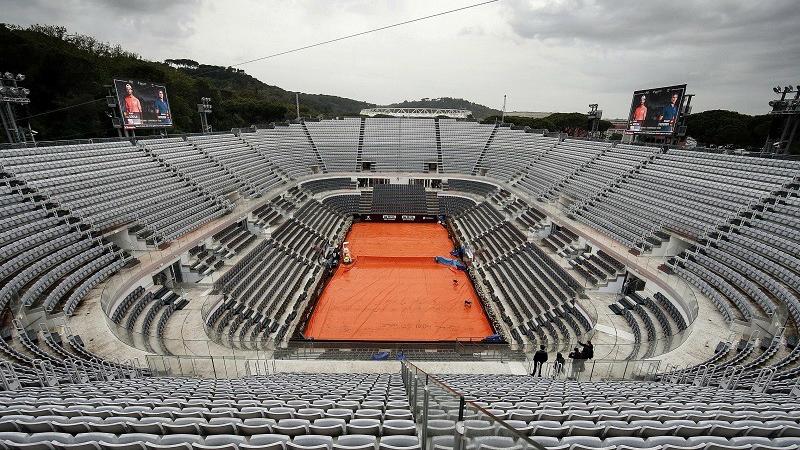 The central court is covered as all the matches are temporarily suspended due to the rain at the Italian Open tennis tournament in Rome, May 15, 2019. (RICCARDO ANTIMIANI / ANSA VIA AP)

ROME - Play at the Italian Open has been wiped out by rain, meaning Roger Federer, Rafael Nadal and Novak Djokovic will have to wait until Thursday to play their opening matches at the clay-court tournament.

Federer was slated to meet Joao Sousa on Wednesday, eight-time Rome champion Nadal was scheduled to play Jeremy Chardy and Djokovic was up against Denis Shapovalov.

But consistent rain at the Foro Italico wiped out the entire day and evening sessions.

Better weather is forecast for Thursday and Friday.