Iran's supreme leader says Europe should not be trusted 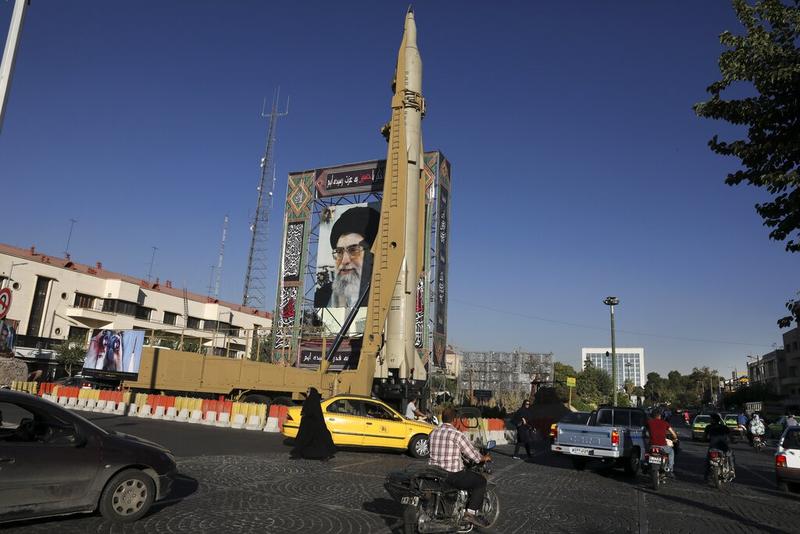 A Shahab-3 surface-to-surface missile is on display next to a portrait of Iranian Supreme Leader Ayatollah Ali Khamenei at an exhibition by Iran's army and paramilitary Revolutionary Guard celebrating "Sacred Defense Week" marking the 39th anniversary of the start of 1980-88 Iran-Iraq war, at Baharestan Sq. in downtown Tehran, Iran, Sept 25, 2019. (VAHID SALEMI)

TEHRAN, Iran — Iran's supreme leader says Europeans should not be trusted, based on their inability to save the 2015 nuclear deal that the US unilaterally withdrew from last year.

Since then, US sanctions have kept Iran from selling its oil abroad and have crippled its economy.

Khamenei says: "Europeans did not fulfill any of their commitments, and this is the strongest reason that they shouldn't be trusted."

There had been hope European mediation could help salvage the Iran's nuclear agreement with world powers.

But Khamenei said Europeans were as hostile toward Iran as the US, and that European mediation had provided little so far beyond "long speeches."