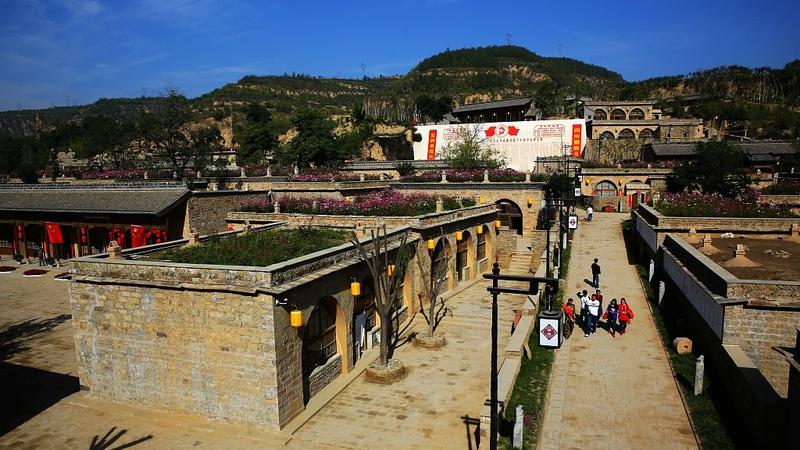 Declaring that villages and their residents are a top economic priority, the local government of Xi'an, capital of Shaanxi province, is committed to further boosting a rural revitalization strategy through a series of key initiatives in poverty alleviation.

"We should advance the supply-side structural reform in agricultural areas, improve the living environment for farmers and renovate poor villages," said Gao Gao, vice-mayor of Xi'an, during the second Xi'an Farmers Festival, held on March 8 in Tangcun village, Changan district.

Themed "inheriting the agricultural culture, building beautiful villages, caring for farmers and boosting the rural revitalization", the event strived to create a harmonious atmosphere and showcase the latest achievements in the agricultural industry as well as the development of farming villages.

Based on the professionalism and mature technologies, both the quality and quantity of our products have been largely improved

Guo Yingwu, One of the Top 10 Most Beautiful Farmers

Hu Wei, awarded as one of the "Top 10 Most Beautiful Farmers" during the festival, is not only a master in breeding but also a pioneer in advancing the agriculture sector with his own thinking. He referred to a new development mode to combine the local government, agricultural enterprises and poor households.

Another winner of the award is Guo Yingwu, who has led more than 150 households on the road to prosperity in the past decade.

Starting from a some 2-hectare melon planting cooperative in 2009, Guo's business has grown into a 66.6-hectare industrial park with more than a dozen varieties of melons. Guo has accomplished this by focusing on brand building, applying new technologies and state-of-the-art facilities, and upgrading management.

"Based on the professionalism and mature technologies, both the quality and quantity of our products have been largely improved," Guo said.

Guo added that despite making technological breakthroughs, innovating marketing strategy and a brand image are also very important. To increase added value, the cooperative has paid a great deal of attention to packaging.

"After last year's event, our products have gained increased awareness from the public. We have also expanded our marketing channels through the 'internet plus agriculture' e-commerce platforms, forming a new sales model that integrates online and ofline marketing," Guo said.

Xi'an Yinqiao Dairy Group was another shining star in poverty alleviation honored at the event. The company has implemented a management model that combines company, production bases and farmers through various industrial projects. It has helped to lift more than 20,0000 farmers out of poverty.

Su Xinyao, deputy director of the Xi'an agriculture and forestry commission, said that developing industries is also the key to poverty alleviation.

By the end of 2018, Xi'an had constructed more than 100 marketing entities and modern agriculture industrial parks and developed over 1,000 mid-income households in poor areas.

To date, the number of the city's marketing entities and modern agriculture industrial parks has reached 532, and they have established close ties with poor families.

Relying on the farmers' specialized cooperative organizations and leading agricultural enterprises, Xi'an is seeing the high-quality industrial development of its modern agriculture.

Based on their high-quality agricultural products, those cooperative organizations, industrial parks and leading enterprises have upgraded the agricultural industrial chains and cultivated a batch of modern farmers.

Building beautiful villages is another vital approach for Xi'an to implement the strategy of rural revitalization and enhance people's sense of happiness through localized plans.

One example is the Qingshuitou village in the city's Changan district, which is famous for its peach flower festival and good living environment.

To expand its tourism industrial chain, the village has initiated the "Taoyuan farmhouse" demonstrative project, one of the key farm stays in the district, attracting hundreds of visitors in March every year.

"We should further carry out the rural vitalization strategy to boost the agricultural industry, increase farmers' income and make villages more beautiful," said the vice-mayor.