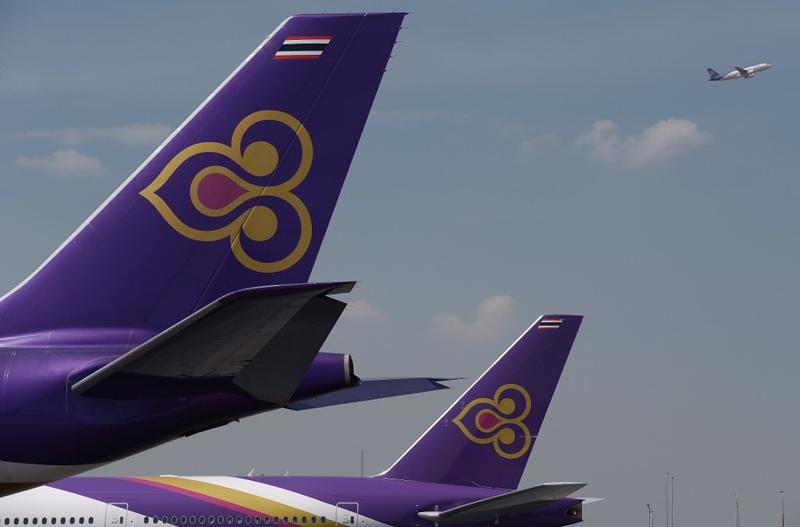 This picture taken on Nov 24, 2014 shows a Thai Airways aircraft taking off past the tails of two other Thai Airways planes, at Bangkok's Suvarnabhumi international airport. (CHRISTOPHE ARCHAMBAULT / AFP)

Thailand’s military has prepared a plan to evacuate citizens living in Hong Kong in case the security situation there deteriorates.

The nation’s air force is ready to deploy two planes, a Lockheed C-130 Hercules and an Airbus A340, if the Thai government orders an evacuation, according to military spokesman Pongsak Semachai.

Protests in Hong Kong are in the 10th week. Hundreds of flights were disrupted over the past two days because of massive sit-ins at Hong Kong International Airport.

The protest at the airport turned chaotic on Tuesday night when two mainland residents were assaulted by protesters. The duo were initially denied access to medical treatment even when paramedics arrived at the scene.

The airline could also fly to airports in Macao, Shenzhen and Guangzhou to collect Thai citizens in case Hong Kong airport can’t be used, government spokeswoman Narumon Pinyosinwat said in a Twitter post.