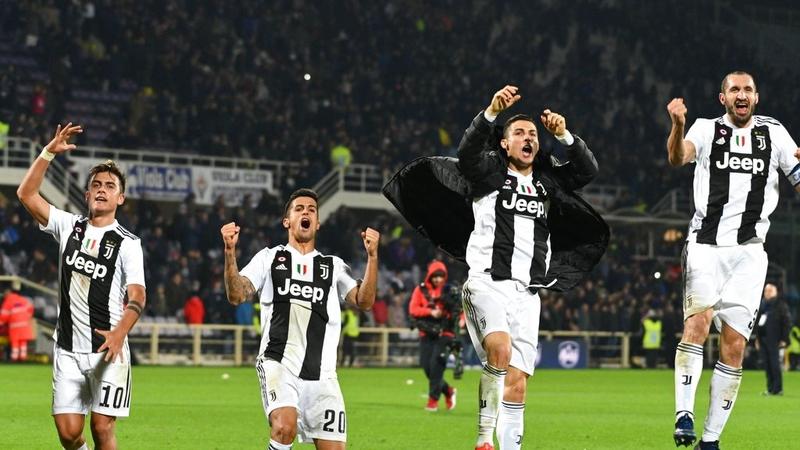 From left, Juventus' Paulo Dybala, Joao Cancelo, Ronaldo and Giorgio Chiellini, celebrate after winning 3-0  in the Italian Serie A soccer match between Fiorentina and Juventus at the Artemio Franchi stadium in Florence, Italy, Dec 1, 2018. (CLAUDIO GIOVANNINI / ANSA VIA AP)

Besides Modric, who received the most votes with 115,440, Sergio Ramos, Raphael Varane and Marcelo are also included in the list, making Real Madrid the team with the most players for a third successive year.

In the line-up based on a 4-3-3 formation, Marc-Andre ter Stegen from Barcelona stands in front of goal. The only non-Real Madrid defender in the team is Virgil van Dijk currently playing in Liverpool. 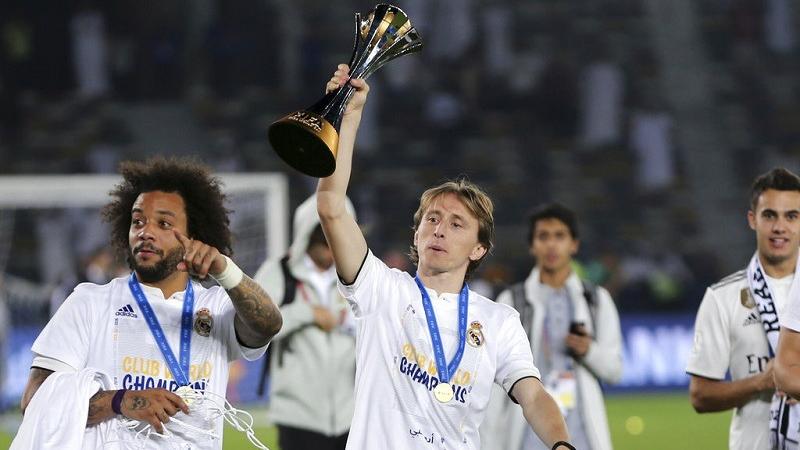 The three midfielders are Modric, and Chelsea's star duo of N'Golo Kante and Eden Hazard.

Ronaldo stands up in front along with Barcelona's Lionel Messi and Paris Saint-Germain's Kylian Mbappe, the youngest player in the list at the age of 20.

Based on players' performances for a European club or national team in UEFA competitions during the 2018 calendar year, the initial shortlist of 50 players was released last December. Almost two million votes were cast by users registered with UEFA's website.