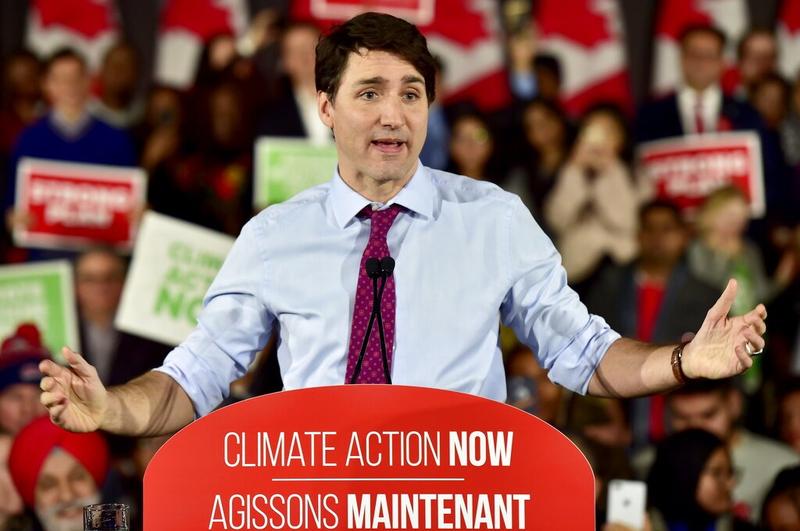 OTTAWA/TORONTO – Canadian Prime Minister Justin Trudeau said on Thursday he had made mistakes in the handling of a political crisis that could dash his chances of winning re-election in October, but insisted that nothing illegal had happened.

I can repeat and reassure Canadians that there was no breakdown of our systems, of our rule of law, of the integrity of our institutions.

Trudeau's remarks were made at a news briefing to address allegations by former Justice Minister Jody Wilson-Raybould that officials had inappropriately pressured her to help construction firm SNC-Lavalin Group Inc avoid a criminal trial.

"As we look back over the past weeks, there are many lessons to be learned and many things we would have liked to have done differently," Trudeau said.

"I can repeat and reassure Canadians that there was no breakdown of our systems, of our rule of law, of the integrity of our institutions," he said.

Trudeau said there was an "erosion of trust" and a "lack of communication" between his office and Wilson-Raybould, who says Trudeau and senior members of his government inappropriately tried to pressure her to avoid criminal prosecution of SNC-Lavalin.

Trudeau and his aides denied that, saying they were only pointing out that prosecution could endanger thousands of people's jobs.

PM Trudeau said Wilson-Raybould did not come to him to express her concerns and says he wishes she had.

The crisis has so far prompted the resignation of two high-profile Liberal cabinet ministers and Trudeau's closest political aide. On Wednesday, that aide denied he had inappropriately pressured Wilson-Raybould to offer SNC-Lavalin a deal to avoid a criminal trial.

Trudeau echoed those comments on Thursday, saying: "There was never any inappropriate pressure."