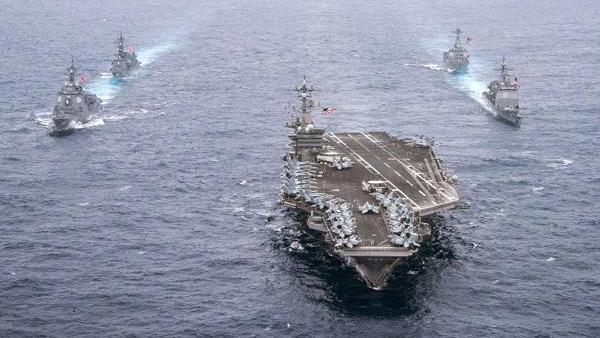 Defense Minister Tomomi Inada told a press briefing that the exercise was held to further strengthen the deterrence power of the Japan-US alliance and to "show our country's commitment to the region's stability."

Kyodo News quoted the ASDF as saying that two F-15 fighter jets based in Naha, Okinawa Prefecture, joined two US Navy F/A-18 fighters based on the Carl Vinson in the air east of Okinawa to conduct the fighting drill.

The exercise was initially scheduled to be carried out on Wednesday afternoon, but was cancelled due to bad weather, the ASDF said.

Although the two countries often hold joint military drills, one involving an aircraft carrier is rare.