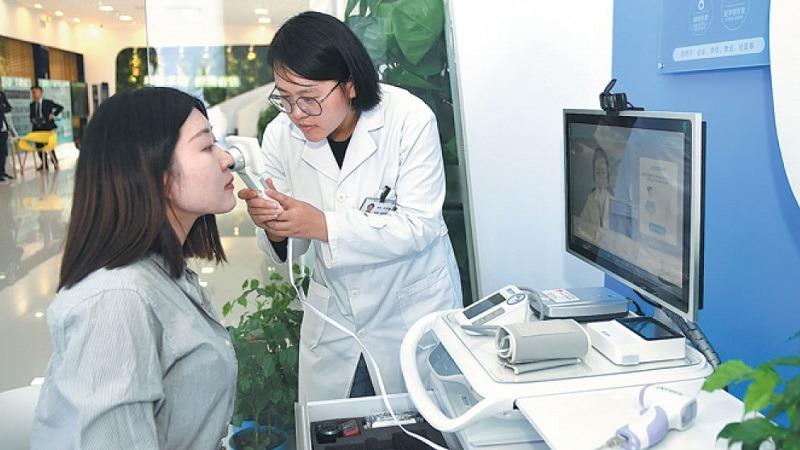 A customer undergoes a health check at a Wuzhen internet hospital. (PHOTO BY XINHUA AND PROVIDED TO CHINA DAILY)

Wuzhen Zhicai Primary School's students are elated and attentive as they listen to their English teacher - who is thousands of kilometers away, in New Zealand.

Remote video streaming enables them to interact with the native-speaking instructor, even though they're on different continents.

"This enables students to easily interact with foreign teachers."

But this is just one of many ways in which the emphasis on internet development has changed life in Wuzhen, a town in Zhejiang province's Tongxiang city.

Hu has amassed a large fan following with videos of her performing the regional Yueju Opera, discussing outfit coordination and public group dancing. 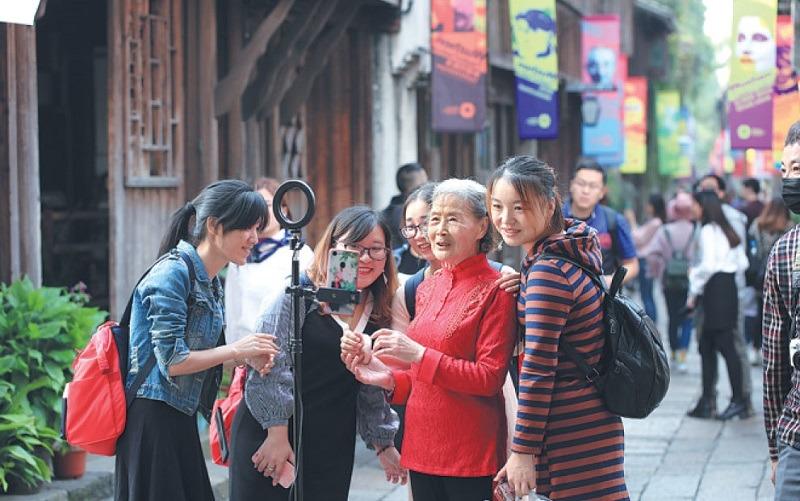 "Many old people in Wuzhen use smartphones," Hu says, clad in a red sweater she bought online.

She also uses Alipay, WeChat, Taobao, JD, Douyin and many other apps like young people in China.

The internet has enabled Qian Xinming, who is an officially recognized inheritor of Wuzhen bamboo knitting, to create videos showing others how to perform the craft he has practiced for 40 years. He also runs an online store selling bamboo items.

His son, Qian Lihuai, operates a public WeChat account to promote the craft and has recruited many students.

"It's a strong medium for publicity," he says. 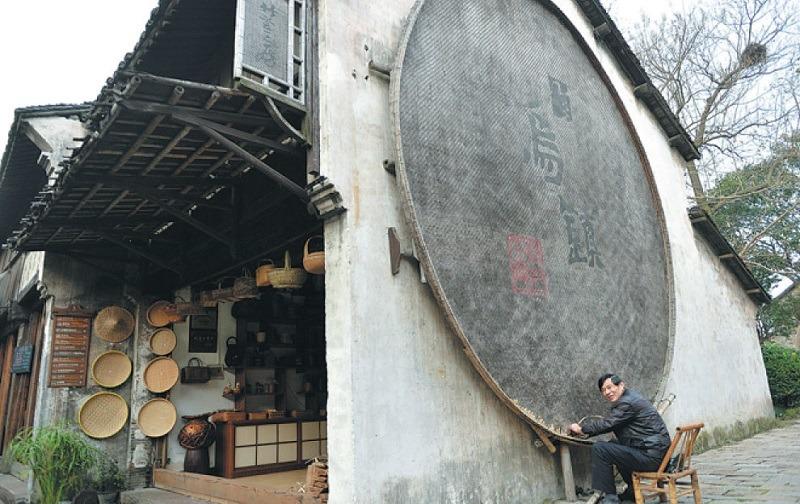 Tongxiang city has offered 10 billion yuan (US$1.44 billion) to transform and upgrade enterprises since Wuzhen's first World Internet Conference in 2014.

The provincial government established a pilot zone for internet innovation in Wuzhen the following year.

This has encouraged a growing number of entrepreneurs to set up shop in the town.

For example, Jingoal, a technology company that develops internet platforms, has established its regional headquarters in Wuzhen.

"The growing number of internet companies will draw more talent."

Wang Ru contributed to the story.