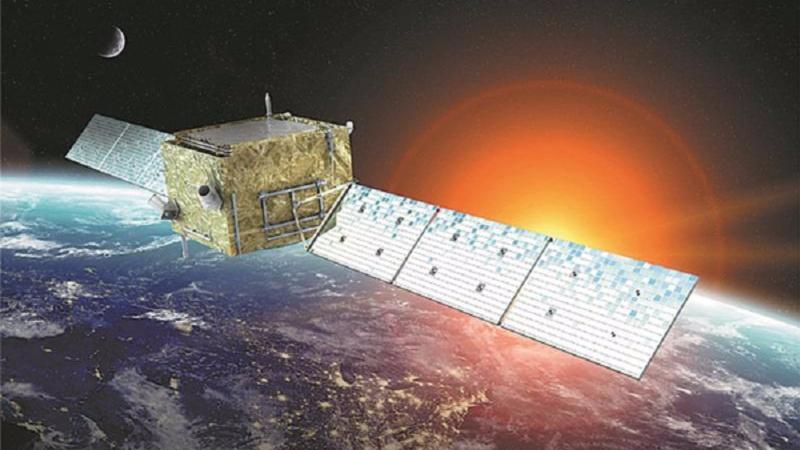 NANJING — China's Dark Matter Particle Explorer, nicknamed "Wukong" or "Monkey King," will extend its service in space by two years, as it is still in good condition and collecting key scientific data.

The research team operating the satellite said Monday that Wukong's key performance indicators have barely changed compared with three years ago when it was launched as China's first dark matter probe satellite.

As of Monday, the satellite has reached its expected service life of three years, having orbited the earth 16,597 times in a sun-synchronous orbit at an altitude of 500 kilometers, detecting around 5.5 billion cosmic particles.

"We hope that Wukong's 'sharp eyes' will detect 300 electrons that are obviously different from the normal energy spectrum by the end of 2019, which will provide theorists with sufficient data to study the nature of the electrons," said Chang Jin, chief scientist of the team.

Chang said the research team is quite confident about the satellite working another two years in space.

China launched Wukong at the end of 2015 to detect the high-energy electrons and gamma rays in space, which might be generated in the process of annihilation or decay of dark matter.

The satellite's original objectives have been completed with some results exceeding expectations, according to the team.

In 2017, the British scientific journal Nature published the high-energy electronic data collected by Wukong in the 18 months after its launch. In the study, Chang found an unexpected surplus of high-energy electrons that might be caused by the annihilation of dark matter, attracting close attention from domestic and foreign scientific communities.

"Key data is still being accumulated. The extension of Wukong's service is the basis of all our research," said Guo Jianhua, deputy chief designer of the satellite payload.

Compared with the existing dark matter detection equipment in the world, Wukong boasts advantages in its range of energy observation and its energy resolution.

Dark matter is a hypothetical form of matter that is thought to account for around 80 percent of the matter in the universe and about a quarter of its total energy density. It has not been observed directly.