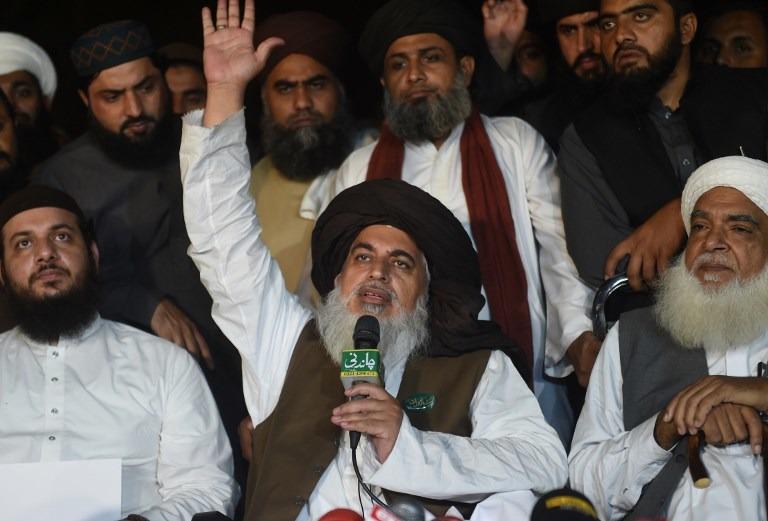 ISLAMABAD - Twitter suspended the account of a ultra-right Pakistani cleric on Sunday following inflammatory statements targeting the judiciary, prime minister, and military after the acquittal of a Christian woman accused of blasphemy, the government said.

Bibi had spent eight years on death row before the court overturned her conviction and ordered her to be freed.

The TLP condemned the suspension of Rizvi's account, terming it a "conspiracy by the opponents of the protection of prophethood and Islam"

"We sent a request to Twitter that this account has been inciting hate and violence," two senior officials at the Pakistan Telecommunication Authority told Reuters.

The TLP condemned the suspension of Rizvi's account, terming it a "conspiracy by the opponents of the protection of prophethood and Islam".

A second account that was created on Sunday was also suspended soon after.

The TLP ended protests late Friday evening following negotiations with the government and an agreement to open a review of the court's decision, as well as possibly putting Bibi's name on an 'exit control list' that would bar her from leaving the country.

Bibi's whereabouts are unknown, but Islamists have warned the authorities against taking her out of the country.

"There will be a war if they send Asia out of country," TLP leader Rizvi said after the deal was reached.

"Whoever, who has got any access to them, kill them before the evening," he said.

The TLP was founded out of a movement that supported the bodyguard who assassinated Punjab provincial governor Salman Taseer in 2011 after he began supporting Bibi, and pushing for her acquittal. Federal minister for minorities Shahbaz Bhatti was also killed after calling for her release.

Bibi's lawyer on Saturday said he had left Pakistan, fearing a mob attack against him and his family.

On Sunday, Bibi's husband released a video asking for the United States, the United Kingdom, and Canada to help get his family out of the country.

Bibi was convicted of blasphemy in 2010 for allegedly making derogatory remarks about Islam after neighbours objected to her drinking water from their glass because she was not Muslim. She always denied having committed blasphemy.